Green Eggs and Hamlin: A Failure to Communicate 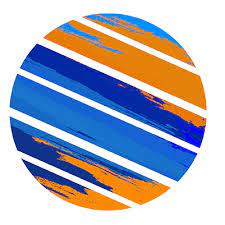 Ever notice that any good sports film is only as good as its main heel, a.k.a bad guy?

Carl Weathers was a great subtle heel in the first two Rocky films. As overrated a film as “Major League” is, Margaret Whitton was a wonderful villainess as Cleveland Indians’ owner Rachel Phelps.

And then there’s gambler Gus Sands from “The Natural.” Due to a financial dispute, Darren McGavin, perhaps best known as the father from “A Christmas Story,” demanded to be uncredited in the film. But he has the film’s most underrated moment as a wounded Roy Hobbs walks into Knights Field front office to play his last game against Sands’ wishes. When sinister owner The Judge, who would gain full ownership of the New York Knights if they lose the climactic game, threatens to turn over disturbing details about Hobbs’ past to the press, Sands halts everything and utters the movie’s best line with a sneer:

I like to think my intentions are more pure, but I like the action, too. It’s why I sit up long after games still writing in a dark room listening to the Kiss solo albums way more than I should (Why did Gene Simmons end his with “When You Wish Upon a Star?). This should be the best time for the high school students who play these games because there’s a legion of fans ready to enjoy the action, too. The Cedar Ridge volleyball team is off to its best start ever. Orange’s volleyball team has been formidable even without two of its best players. The Orange women’s tennis team has a chance to win the Central Carolina Conference title. The atmosphere at recent volleyball and football games has been electric.

If you paid any attention to the beginning of this week, you probably know where I’m going with this.

It’s a time when it’s never been easier to communicate. Email. Twitter. Facebook. Instagram. At the click of a button, an entire day’s worth of activities with countless people can be scheduled within minutes.

So why is it so hard to communicate with each other right now?

On Monday morning, word broke that the Orange County School Board would act on a recommendation by the local health department to shut down all sports for two weeks. This was at the beginning of the fifth week of the fall sports season.

It caught most local coaches, players, students and parents completely by surprise. They’ve spent hours on end preparing, practicing and playing this season, only to be told they could be sent home for two weeks, disrupting (if not ruining) everything they’ve worked for over the past seven weeks.

During a workout on Monday afternoon, I asked one local athletic official if they had any idea the vote was coming before Monday morning.

Their answer was “No, we just work here.”

There’s the problem. The Orange County School Administrative office certainly wants to protect everyone. For that, they’re to be credited because it’s their first priority.

But this is a communication business. And the lapse made some local officials feel less like employees and more like pieces of equipment.

At best, the short notice of the meeting by the Orange County Administrative office was poor communication.

At worst, it was deceptive.

While sports continued this week, the school board did limit fans from attending games to two people per spectator for two weeks. It didn’t stop the Cedar Ridge volleyball team from beating Western Alamance on Tuesday at Red Wolves Gymnasium, but it was certainly a less spirited affair. Ordinarily, the student section would have been packed as the Red Wolves continue an undefeated season. Instead, it was empty. Red Wolves junior Melissa Benkowitz admitted “we had to create our own emotion.”

Make no mistake, there’s frustration around both local high schools with the administrative office right now. Among coaches. Among players and certainly among fans.

The school board and administrative office are lightning rods stuck with an extremely difficult job during the worst pandemic in modern American history. Their job is to keep students safe as the delta variant spreads faster. Meanwhile, there’s an inordinate amount of people who seemed to have earn medical degrees from Alex Jones University by “doing their own research,” whatever that means.

When people can easily obtain their own preferred version of the truth, it’s impossible for a governing board anywhere to satisfy everyone. Indeed, information overload is another problem and has made governing harder.

Hopefully, there will be better communication by everyone concerned in the near future.

Because everyone deserves to like the action. And be there in person for it.