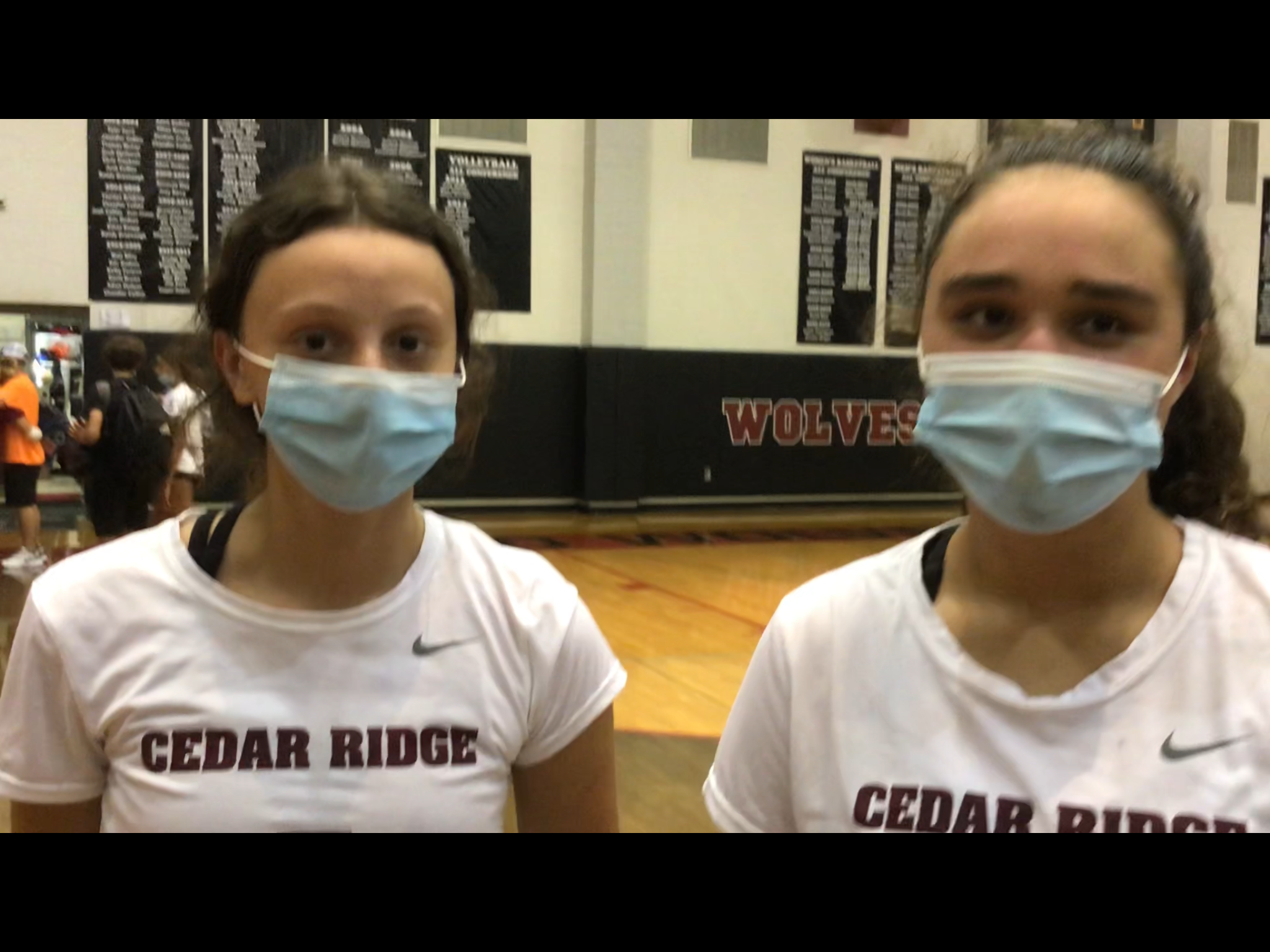 The crowds at Cedar Ridge volleyball games have been spirited and loud this season. On Tuesday night, it was much calmer following the Orange County School Board’s ruling that limited spectators to two people per player. Regardless, Cedar Ridge improved to 10-0 after holding off Western Alamance. As usual, Cedar Ridge played its best five points from victory. In the third set, Cedar Ridge got a kill from junior Melissa Benkowitz off an assist from Cameron Lloyd to take set point. Western Alamance captured the third set 27-25, only the second set that the Red Wolves have dropped this season. Cedar Ridge opened the fourth set with an 8-1 run. Lloyd served consecutive aces as Cedar Ridge reeled off seven straight points. Junior libero Grace Young had six digs in the fourth set alone, and won match point when her dig off a Warrior serve sailed over the net and fell harmlessly onto the other end of the floor. Julie Altieri served the final five points of the match, including back-to-back aces that put Cedar Ridge ahead 23-12. The Red Wolves are now 37-7 since 2019, 22-4 in conference play. The Red Wolves will look to remain undefeated when they travel to Williams on Thursday in Burlington.