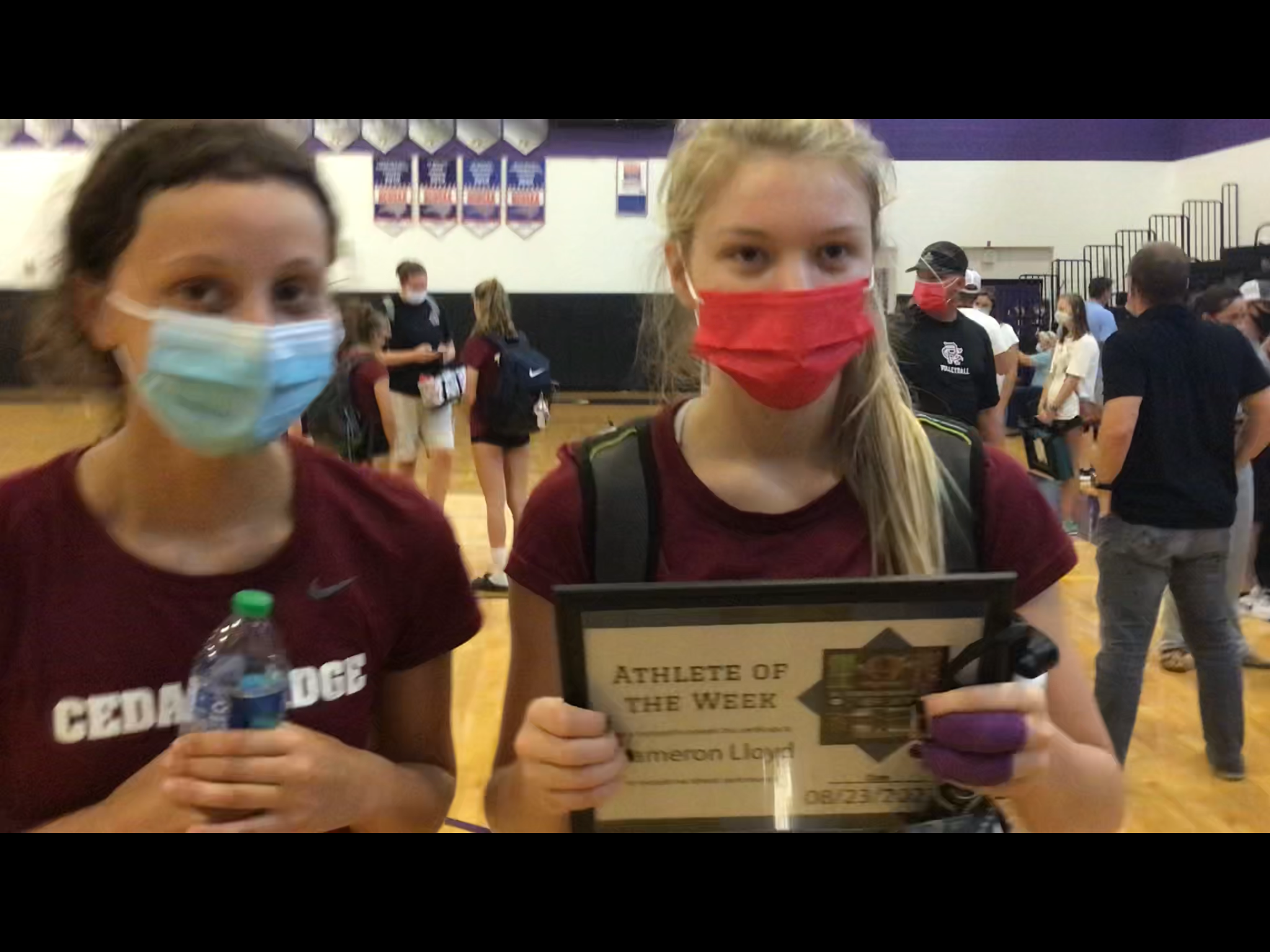 The first Cedar Ridge Red Wolf of the Week for the 2020-2021 academic year is junior outside hitter Cameron Lloyd. It is the third time that Cameron has been honored in her Cedar Ridge career. The competition for the award was tight this week because several of Lloyd’s teammates had a huge week as the Red Wolf volleyball team started 3-0. Most memorable of all was the stunning 3-0 win over defending 3A State Champion D.H. Conley in Greenville, where Cedar Ridge avenged its only loss of the 2020-2021 season. Against the Vikings, Lloyd had 16 kills and two aces. Lloyd is a three-time winner of the Cedar Ridge Red Wolf of the Week award. She is nearing 500 kills for her career. On Thursday, Lloyd added to her total as Cedar Ridge defeated Carrboro 3-0 on scores of 25-16, 25-18 and 25-15. Lloyd, the daughter of Joey and Sherry Lloyd of White Cross, led Cedar Ridge in kills last season as the Red Wolves won the Big 8 Conference championship. In just three years, she has helped the Red Wolves amass a record of 32-7 with three wins over teams that have won state championships since 2016. The victory over Carrboro on Thursday night was the first time Cedar Ridge had defeated the Jaguars since 2015. Cedar Ridge is 5-0 and will return to action on Tuesday for its first match in the new Central Carolina Conference. The Red Wolves will face Person in Hillsborough. It will mark the first time that Cedar Ridge and Person have squared off as conference rivals in any sport.