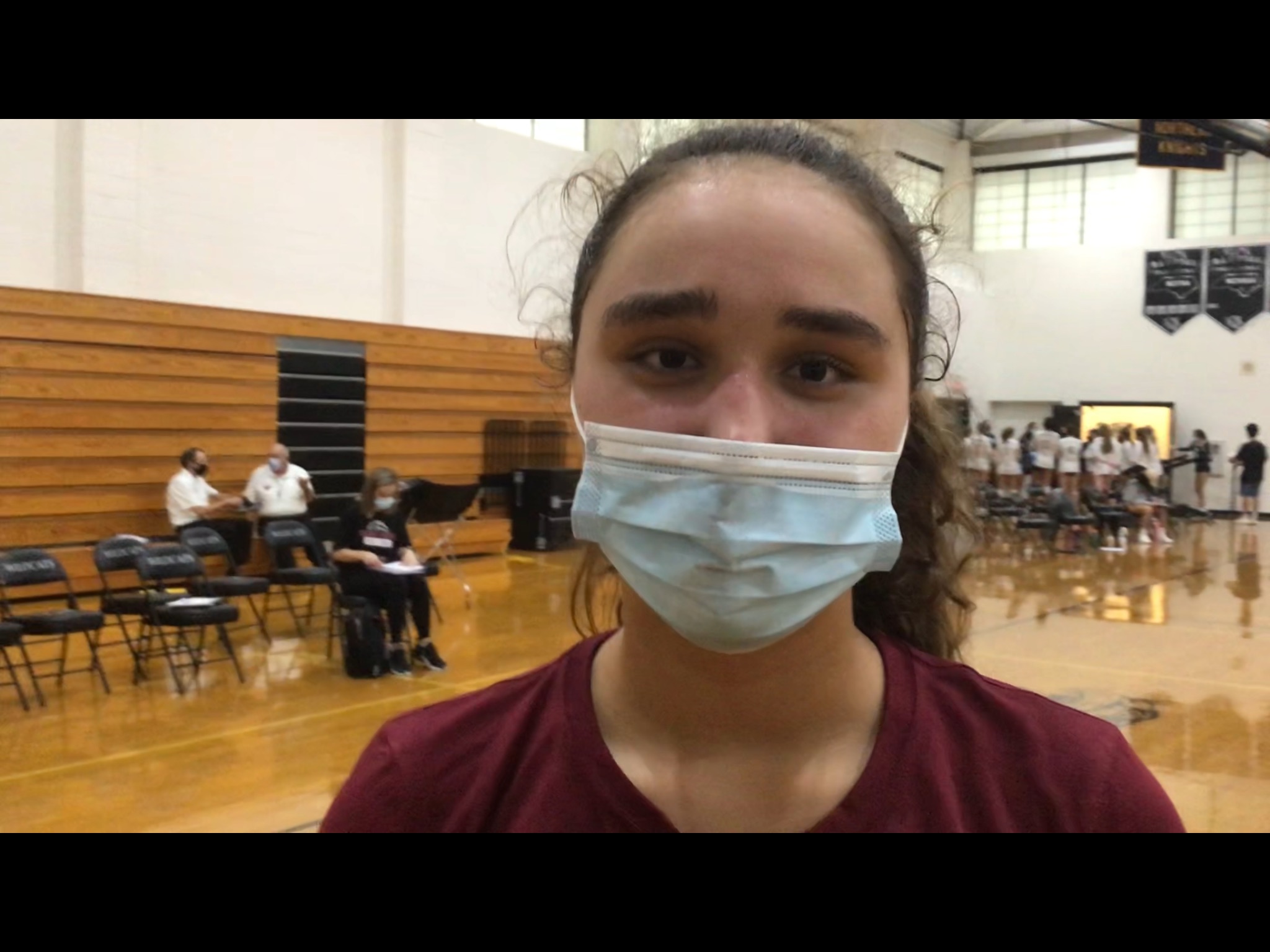 It was just like old times for Cedar Ridge junior Melissa Benkowitz. On Tuesday, the Cedar Ridge volleyball team defeated East Chapel Hill 3-0 at Wildcats Gymnasium in its season-opener. Benkowitz spent the first two years of her high school career with East Chapel Hill before transferring to Cedar Ridge over the summer. Through her first years at the varsity level, Benkowitz was a libero with the Wildcats. Now, she’s transitioning to an outside hitter role as Coach Fiona Cunningham tries to create more finishers in hopes of continuing the Red Wolves winning ways. On Tuesday, Benkowitz had ten kills and three aces as Cameron Lloyd, Cedar Ridge’s leader in kills the past two seasons, took the set off. Cedar Ridge captured its season opener for the fifth year in a row. The Red Wolves will host Riverside on Thursday in its home opener before journeying out to Greenville to face the defending 3A State Champions, D.H. Conley, who defeated the Red Wolves in the 2nd round of the 3A State Playoffs last winter.