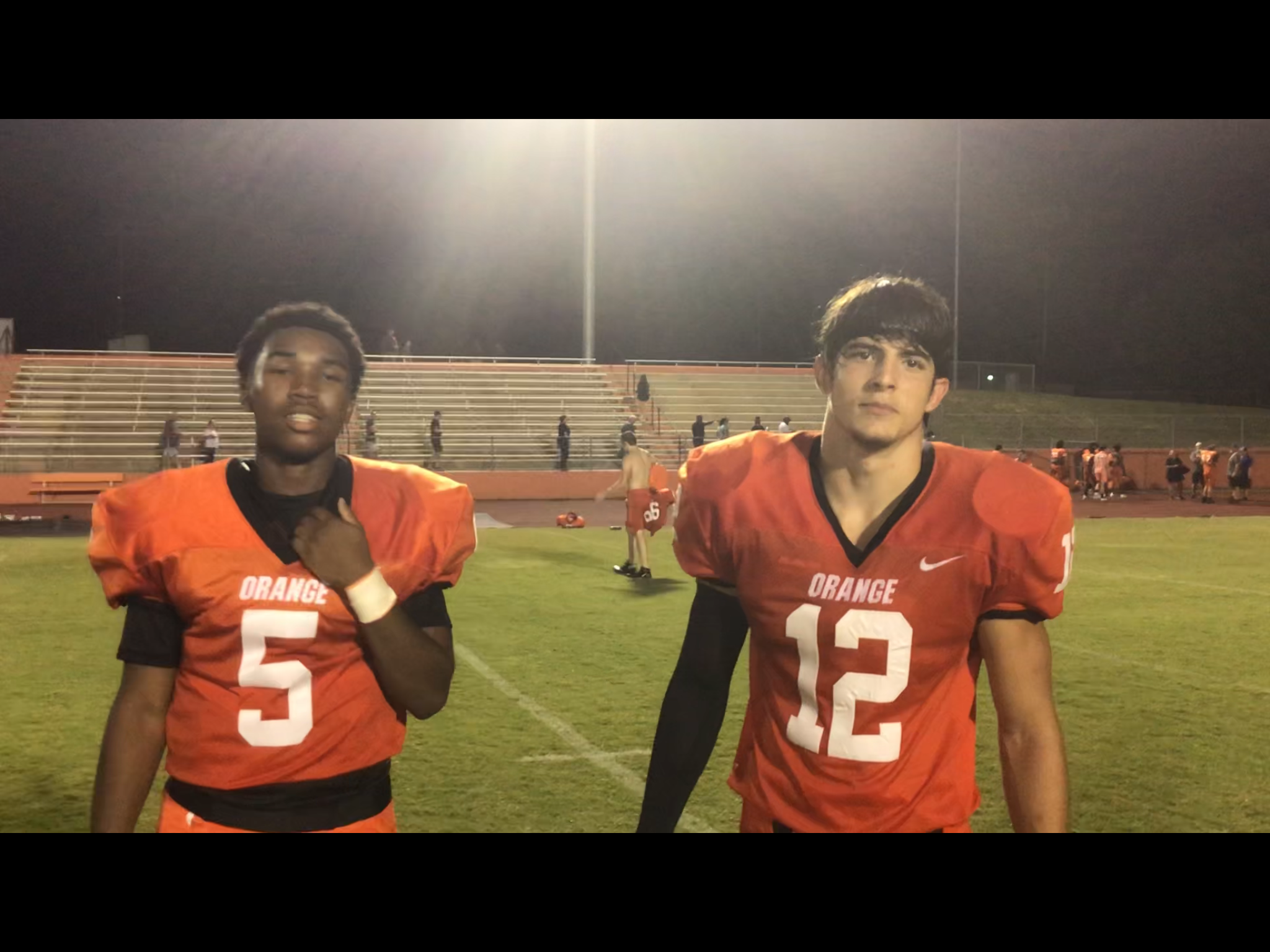 The Orange football team outscored Riverside two touchdowns to nothing in its only scrimmage last week. It was the unofficial varsity debut of quarterback Wynston Brown, who led Orange to the Big 8 Conference junior varsity championship last season with a thrilling victory over Northwood. In his only series of the game, Brown threw to tight end Brendon Worsham. It has been a short summer for Worsham, who finished 2nd in the Mideast Regional wrestling championships at 182 pounds and reached the state tournament. Orange’s run-oriented offense will face a major test in its season-opener on Friday against South Granville, which runs triple option. The two teams last played in 2019 with quarterback Kanhwan Bobbitt starting as a freshman. The Vikings averaged 30 points per game last season under head coach Mike Hobgood, a former UNC offensive line,an under Mack Brown in the 1990s. You can hear the game on HillsboroughSports.com on Friday night at 6:25.