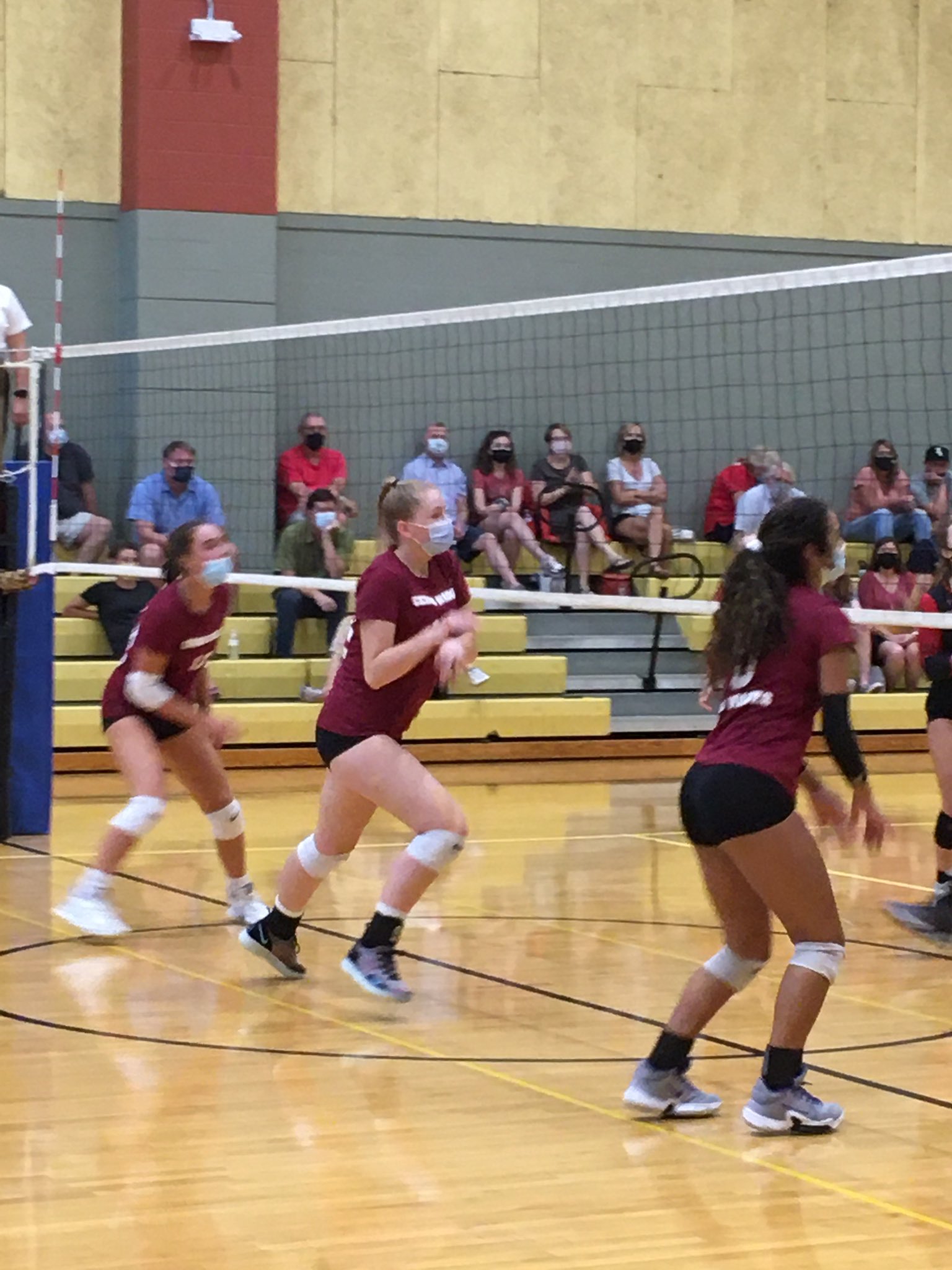 As they enter their third year together on Cedar Ridge’s volleyball team, juniors Cameron Lloyd, Julie Altieri and Cameron Lanier have built more than just a successful program after winning the 2020 Big 8 Championship during an undefeated (if pandemic shortened) regular season.

There’s a quiet, but apparent, confidence surrounding the team that was absent in previous years. Through years of playing middle school and summer travel ball, the players are intricately familiar with each other, their strengths, weaknesses and who to go for the kill when a big point is needed.

It’s clear even during scrimmages like the one held at a sultry Chapel Hill High School on Wednesday night. Cedar Ridge rolled past Middle Creek in two sets, the last ending with a 15-11 Red Wolf victory. That was nothing more than an appetizer to the main meal of seeing Chapel Hill and Cedar Ridge square off once again.

The Red Wolves have beaten the Tigers each of the past two seasons, though the Tigers won the 2019 3A State Championship.

Yes, it was a scrimmage between two teams who are no longer in the same league (Chapel Hill has returned to 4A, while Cedar Ridge remains in 3A as a member of the Central Carolina Conference.) But the intensity between two proud programs was crystal clear to anyone with functioning brain cells.

The Red Wolves and the Tigers battled through three sets, which Cedar Ridge winning the first 25-16 and the second 25-17. The third set, which was supposed to be limited to 15 points, wound up in Chapel Hill’s favor 24-22. Not that anyone was supposed to notice, since it was a scrimmage and all, but Cedar Ridge had five match points to complete would would have been a clean sweep, only to have the Tigers offset all of them to eventually salvage the final set.

On a sweltering night where it was still in the high-80s by 9:00PM, players wiped up slick spots on the court after almost every point.

“It’s hard to match game-level competition in your own gym,” said Cedar Ridge’s Fiona Cunningham, the 2020 Big 8 Coach of the Year. “Getting that tonight was undeniably helpful and allowed us to push ourselves a little more than we’ve been able to.”

The fact that a race to 15 turned into a race to 24, (in, you know, a scrimmage) says all you need to know about the competitive nature of this Cedar Ridge team, as well as what they expect from themselves as they embark into a new league.

The Red Wolves lost libero Marlee Rakouskas and setters Layne Foster, Haylee Cothran, ShiLi Quade and Nicol Anderson due to graduation. Essentially, the entire right side of its court.

In her second season, Cunningham has built a nonconfernece schedule that’s as lofty as her team’s hopes for 2021. They open at East Chapel Hill (another school that’s move up to 4A) on Tuesday. After its home opener against Riverside on Thursday in Red Wolves Gymnasium, Cedar Ridge will travel to Greenville to face defending 3A State Champion D.H. Conley on Friday. Last year, the Vikings defeated the Red Wolves 3-1 in the second round of the 3A State Playoffs.

Lloyd, Altieri, and Lanier were All-Big 8 Conference selections last season. For the second year in a row in 2020, Lloyd led the team in kills. She was second on the team with 19 aces and 88 digs.

One thing Cedar Ridge took away from the playoff loss to Conley was the need to develop more finishers. Cunningham hopes to spread the kills in 2021.

“I think we’re a little more balanced than last year,” Cunningham said. “There’s no doubt that Cameron Lloyd is a great outside hitter, but we’ve been working with our setter to get more ball distribution and get more hitters involved.”

Sophomore Addie Reid received a promotion from the junior varsity squad and played extensively on Wednesday.

Cedar Ridge’s opening Central Carolina Conference game will be against Person on August 31 in Hillsborough.