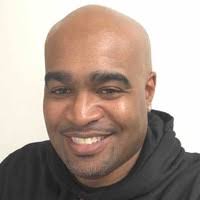 Once again, the Cedar Ridge football program is without a head coach just weeks before its season opener.

On Friday night, Cory Lea released a graphic on Facebook announcing that he was returning to Riverside to reassume duties as head football coach. Lea departs Cedar Ridge after one, pandemic-shortened, season where the Red Wolves went 0-6.

Lea was announced as Cedar Ridge football coach in February 2020 after leaving Riverside. He brought along a track record of taking once-successful programs that had fallen on hard times and resurrecting them.

According to a source, Lea informed Cedar Ridge Athletic Director Andy Simmons of his decision to return to Riverside Thursday morning. Lea coached Riverside for four years, starting in 2016. He led the Pirates to its second conference championship in school history in 2019.

In his only season with the Red Wolves, Lea was supposed to have running back Isaiah McCambry return after a promising sophomore season in 2019. But McCambry transferred to Walter Williams, who he led the Bulldogs in rushing with 556 yards in only five games.

If that wasn’t enough, Cedar Ridge lost sophomore quarterback Aidan Seagroves in the first quarter of the season-opener against Northwood. That forced Elijah Whitaker, a senior starting wide receiver, to play quarterback for the rest of the year. The Chargers won 48-0 en route to a share of the Big 8 Conference Championship.

The only game where Cedar Ridge held a lead the entire season came against Vance County on April 9, where the Red Wolves scored the opening touchdown. Vance County held on for a 20-14 win.

Lea’s announcement came exactly seven weeks before Cedar Ridge is scheduled to open its season at Chapel Hill, who will once again become a 4A team in August.

Even worse, it continues the pattern of Cedar Ridge looking for a savior in a football coach that starts with promise and ends with uncertainty. On top of that, the Red Wolves are set to start play next month in the new Central Conference, which includes Eastern Alamance and Western Alamance, both of whom won games in the 3A State Playoffs last spring.

Eleven years ago, the Red Wolves were one win away from playing for the 2-AA State Championship. Now, they’re searching for its sixth head coach in six years.

It started in 2015 when Steve Johnson was hired after winning two state championships at Burlington Cummings during a 21-year career, which included coaching the likes of former UNC wide receivers Brandon Tate and Dwight Jones. Johnson never coached a game with the Red Wolves because of thoracic aortic aneurysm suffered just as practice was set to start. His assistant, Scott Loosemore, took over in an emergency role for that year. He remained head coach for three seasons, including Cedar Ridge’s last winning campaign in 2016.

In 2018, Cedar Ridge didn’t field a varsity team because of a lack of players. Loosemore, who never got a full-time teaching position at Cedar Ridge despite plenty of public support, left to become an assistant coach at Scotland County. With Cedar Ridge sporting only a junior varsity team, former Hillside head coach Antonio King was hired in August 2019.

A year later, on the first day of practice, King gave notice to Simmons so he could become an assistant coach at North Carolina Central University. Torrean Hinton coached the Red Wolves in 2020 and led them to a 20-19 win over Chapel Hill on October 11, its first win at the varsity level in 455 days.

Hinton spent the 2021 season as a junior varsity head coach at Riverside. Last season, the Pirates varsity squad was coached by Andre George. They went 0-6, which included forfeits in its first three games.

In 2015, Lea applied to become Cedar Ridge coach before Johnson wound up being offered the position. Instead, Lea went to now-defunct Northern Vance.