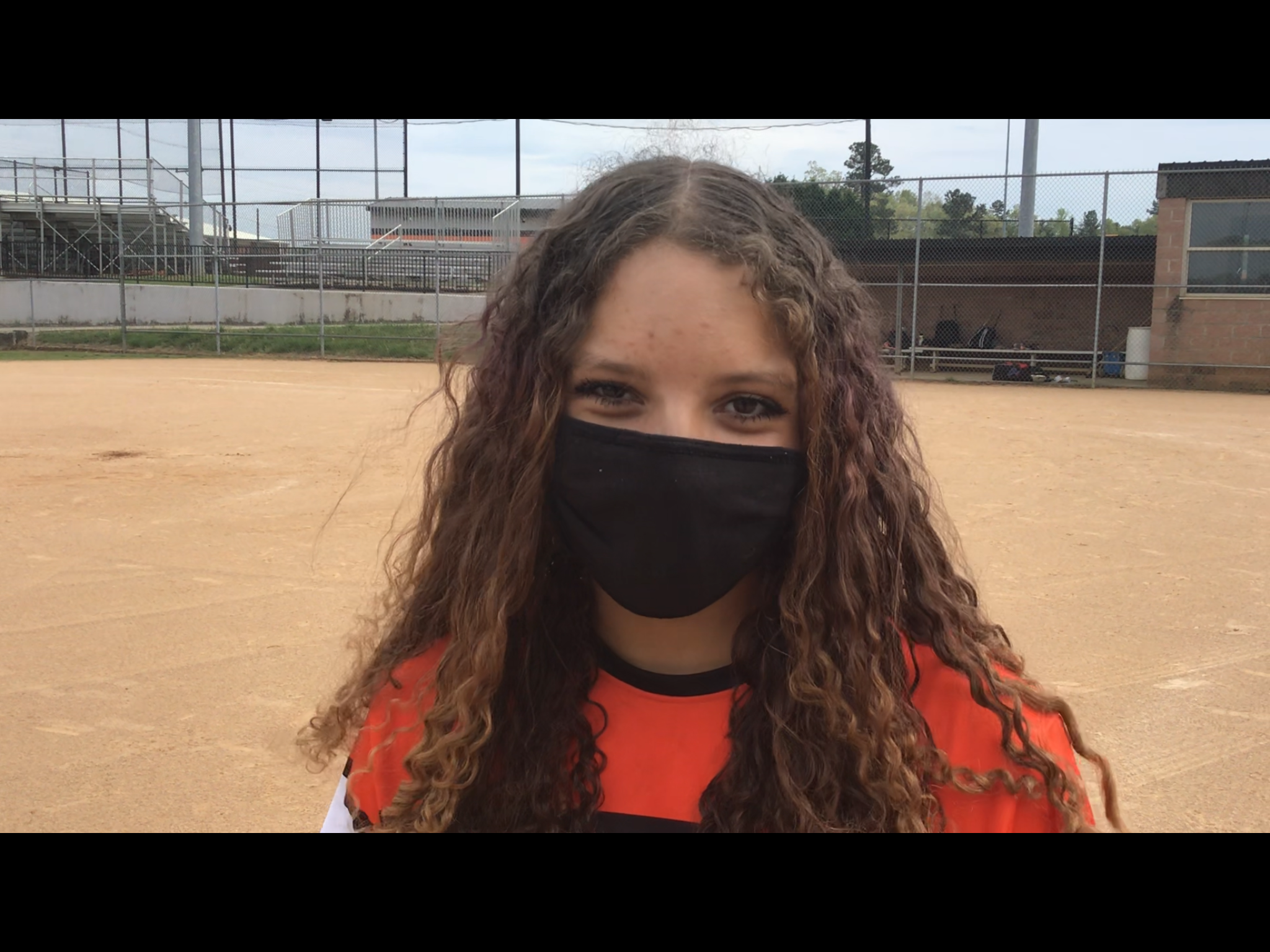 If there was ever a clearer sign of how bright the future of the Orange softball team is, one simply needs to look at the list of All-State honors from the North Carolina Softball Coaches Association.

Released Friday, the Lady Panthers placed three players on the 3A All-State team. None of them are seniors. Two are sophomores.

All three players were named to the All-Big 8 Conference team last month, when Orange won the Big 8 Conference Championship with the first undefeated regular season in school history. The Lady Panthers hosted Southwestern Randolph in the opening round of the 3A State Playoffs, a 7-5 loss that was its only defeat of the season. Orange finished 12-1, 7-0 in the Big 8.

Jackson led Orange with five home runs in 2021, including four in her final four games. In the regular season finale, Jackson knocked two over the fence in a 12-0 win at Northern Durham on April 29. For the season, Jackson hit .526 with 17 RBIs. In Orange’s closest game of the regular season, a 12-9 extra innings win over Cedar Ridge at Red Wolves Softball Field on April 15, Jackson reached three times and had an RBI single that scored Bradsher in the sixth inning. At the time, it put Orange ahead 8-1 and felt like an extra layer of icing on the cake. It turned out to be crucial when Cedar Ridge tied the game with seven runs in the bottom of the seventh inning.

In Orange’s 11-1 victory over Vance County on April 14, Jackson had a two-run triple in the fourth inning. She also knocked in Bradsher after she reached on an error in the third inning.

Though McPherson almost always hit first for Orange, Bradsher had the numbers of a classic leadoff hitter. She led the team with a 1.814 on-base percentage and had 16 stolen bases. Against Northwood on April 23, Bradsher went 4-for-4 with three runs scored in a 13-2 Orange victory in five innings. In Bradsher’s first game against Northwood on March 25, she went 4-for-4 with two doubles and four runs scored. Against the Chargers, the Lady Panthers piled up 12 runs in the 2nd inning, a frame where Bradsher had two hits, two RBIs and scored twice.

In her first full varsity season, McPherson was third on the team with a .533 batting average. She had 24 hits, second on the team behind Bradsher. She also scored 22 runs. In Orange’s first tilt against Cedar Ridge on March 23, McPherson went 3-for-3 with three runs scored in a 20-0 Lady Panther win. In the third inning, McPherson had an RBI double to bring in Grace Colley.

Despite hitting leadoff, McPherson was still fourth on the team with 16 RBIs. In the season-opener against East Chapel Hill, only the fifth game of McPherson’s varsity career, she hit a three-run homer. McPherson hit safely in all 12 games she played in 2021. She will enter her junior season with a 15-game hitting streak, which includes the final three games of her freshman season, where she registered hits against Person, Roxboro Community School and East Chapel Hill.

McPherson, Jackson and Bradsher were all instrumental parts of an Orange team that clinched the Big 8 Championship outright for the first time since the 2017 3A State Championship season. Despite playing a reduced schedule because of the pandemic, Orange dominated the Big 8 Conference, winning eleven of its 12 games by either run-rule (ten run lead after five innings) or forfeit.

Bradsher, McPherson and Jackson are all slated to return to the Lady Panthers next season as they enter a new conference full of traditional softball powers, including 2019 3A State Champion Eastern Alamance, Western Alamance, Cedar Ridge and Person.