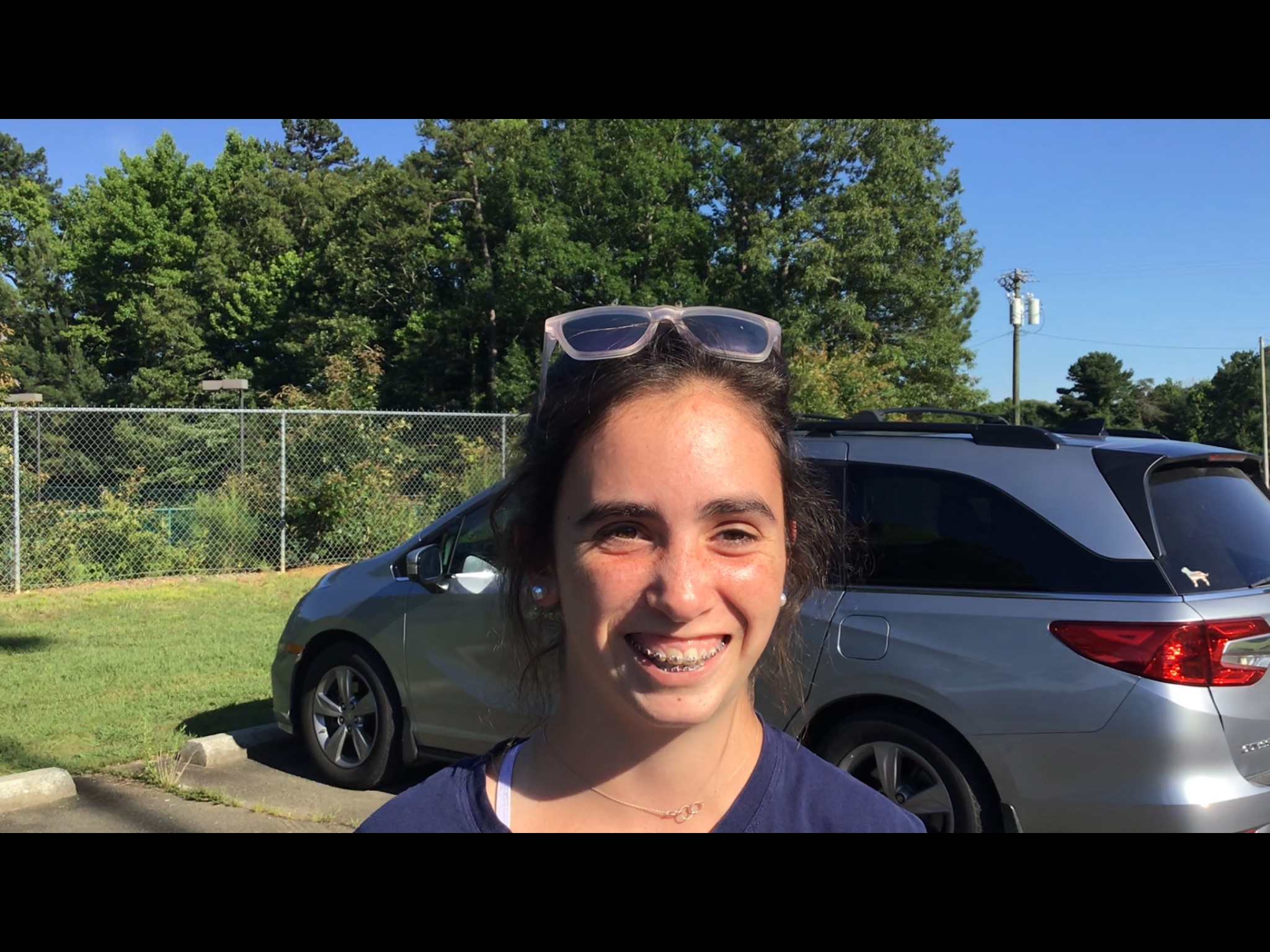 This week’s Orange Panther of the Week is freshman tennis player Finley White. Last week during the Big 8 Women’s Tennis Tournament at Lindsay Linker Tennis Courts at East Chapel Hill High School, White and fellow freshman Grace Pell qualified for the 3A Mideast Regionals after reaching the semifinals. This season, White won six singles matches, including a 5-3 record at #3 singles. In the final dual match of the year, White defeated Chapel Hill’s Cameron Pehlivanzade 8-4. Though White hasn’t had a chance to experience a traditional academic year because of the pandemic, she has still been active. She’s played tenor saxophone with the Orange High band. She also had a perfect sore when she tried out for All-District band. Along with playing tennis, White is planning a career in music. In addition to playing saxophone, White is a singer. White and Pell will start play in the 3A Mideast Regionals on Friday morning at the Burlington Tennis Center. The top four teams in the regionals will qualify for next week’s 3A State Championships.