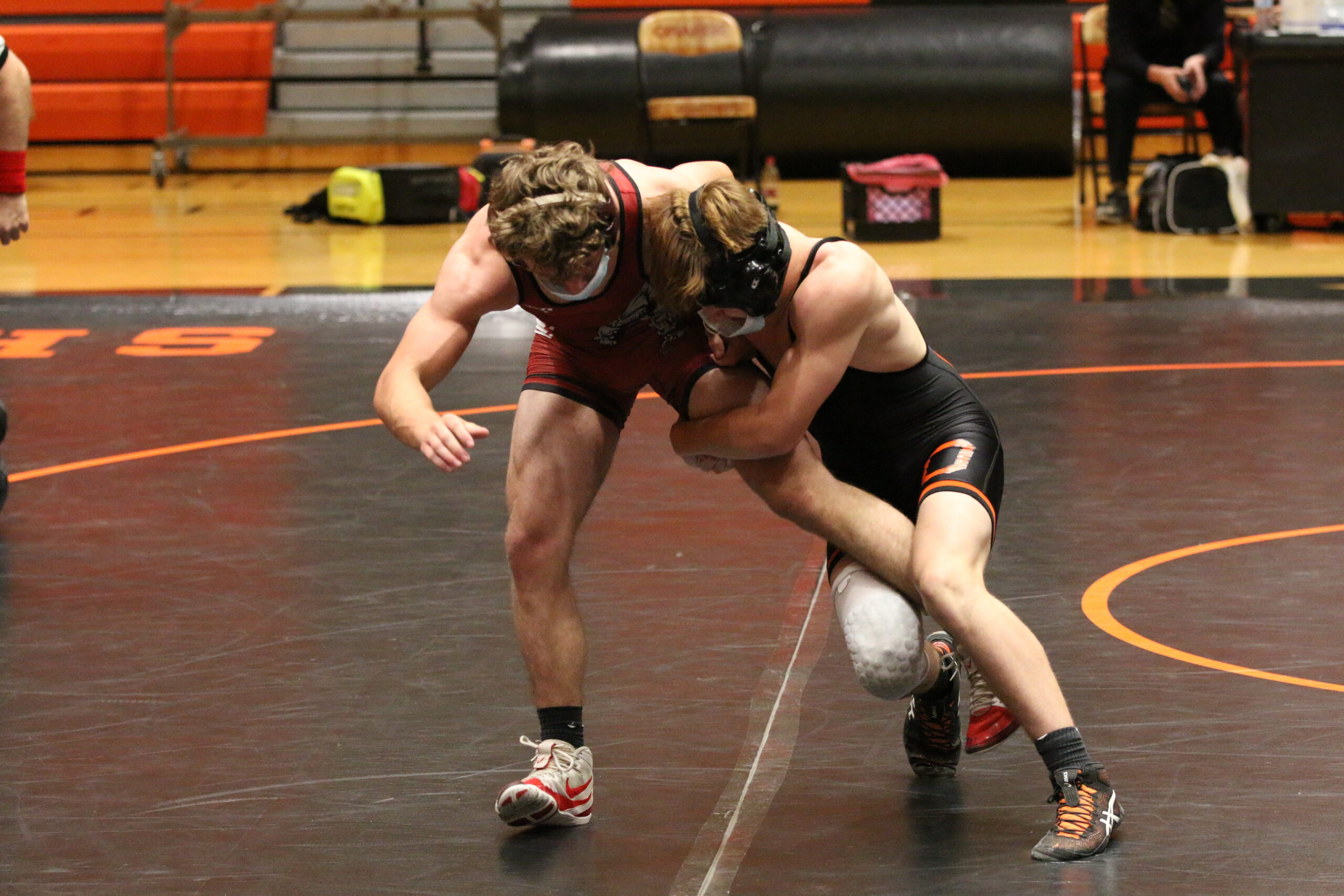 With the academic year now over across Orange County, a return to normal doesn’t seem too far away.

But the peculiarities created by the pandemic will continue to affect the final two weeks of wrestling season. This morning, the 3A Mideast Regionals will take place at Eastern Guilford High School in Gibsonville.

The fact that regionals are taking place on a weekday is strange enough. So is the fact that’s it’s going on at the beginning of summer. It’s the first individual tournament this year for virtually everyone competing. In a standard year, most competitors would have had 4-5 tournament under their belts by now. This year, the closest thing for local grapplers has been tri-meets, consisting of two dual team matches in one night.

Plus, there will be no consolation rounds in the regional championships and the state championships. In 2021, they will be single-elimination tournaments.

This year, competitors will grow used to Eastern Guilford High over the next 12 days. Not only is that where the regionals are taking place, it’s also the scene of the state championships.

This morning, 13 wrestlers from the Big 8 Conference Champion Orange wrestling team and eight grapplers from Cedar Ridge will start pursuit of qualifying for the state tournament in the regional championships in Gibsonville. The top four finishers will qualify for the state championships, which will be held on Saturday, June 26.

Orange junior Kessel Summers, who won his 100th career match earlier this year, will go for his third trip to the 3A State Tournament. Last year, Summers finished 3rd at 126 pounds with a 14-5 win over Andrew Clark of Union Pines in the consolation final. Summers will compete at 132 pounds and start against Autumn Coles of East Chapel Hill in the 16-man tournament. Summers is 16-2 this year with his only losses coming against 4A opponents last week.

Another Panther going for a repeat trip to the state championships is junior Brendon Worsham. Last year, Worsham finished runner-up in the 182 pound division. He punched his ticket to the Greensboro Coliseum after scoring an 11-3 major decision over Joshua Shorter of Walter Williams to reach the finals. Worsham is the #2 seed and has already received a bye. He will face either Gage Ratley of Grey’s Creek or freshman Chevelle Cade of Fayetteville Westover in the quarterfinals.

Cedar Ridge will have two senior wrestlers trying to reach the state championships for the first time in their careers. At 152 pounds, James Rosati-Brown sports at 21-2 record for the season. His career mark is 76-47. Rosati-Brown opens with Matthew Schneider of Western Harnett.

At 145 pounds, Cedar Ridge senior Daina Pritchard comes in with a 22-1 mark. He has won six consecutive matches. In the opening round, Pritchard will face Khayree Dixon of Northern Durham, which will be the first meeting between the two this year. Pritchard won via forfeit against Northern Durham in a dual match last month.

Cedar Ridge sophomore Fernando Martinez earned a 7-seed in the 120-pound tournament despite an overall record of 20-2. Martinez opens against Cole Burgess of Gray’s Creek. Last year, Burgess competed in the 126-pound tournament. The winner will face Southern Durham’s ShyHeen Davis, who Martinez already defeated via injury default earlier this year. Even with a reduced schedule in 2021 during his second varsity season, Martinez has a 54-15 career record.

Among the most interesting stories to follow will be Orange senior Hayden Horne, who will compete in his first regional championship. Horne is 13-0 with five pins this season. He has already received a bye to the quarterfinals and will open against either Cedar Ridge’s Aiden Kearns or Northern Durham’s Tyler Kendall.

Cedar Ridge’s Kady Watkins (126), Mac McGhee (138), and Kaden Tatro (160) also reached regionals. It will be a full week for Watkins. In addition to regionals, she will compete in the 3A State Women’s Invitational Championships at Glenn High School in Kernersville on Saturday morning. Watkins was the first female wrestler in Hillsborough history to compete in a state tournament in 2019.