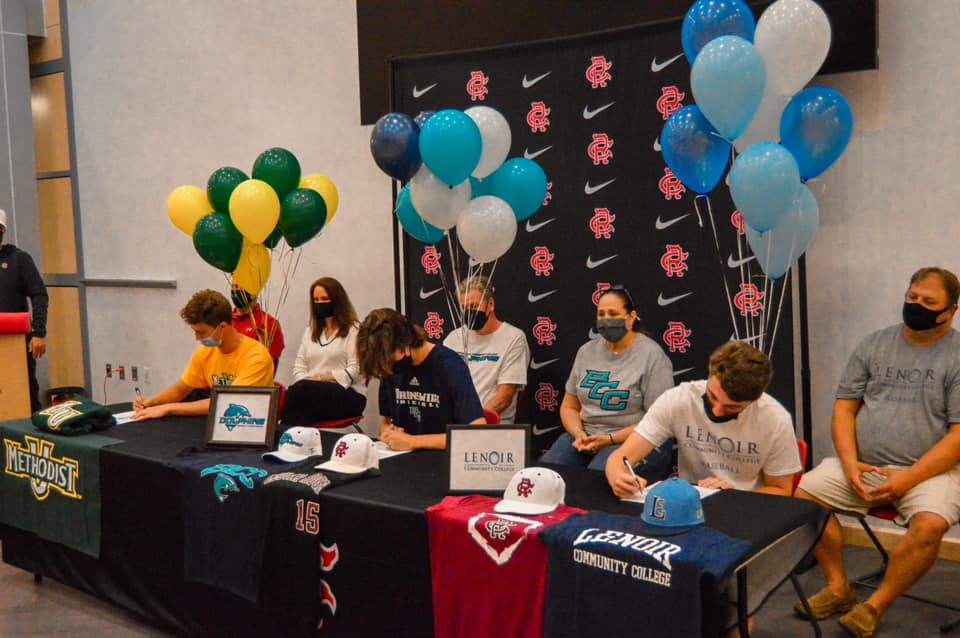 A season of near-misses concluded for the Cedar Ridge baseball team on Wednesday night against Kernersville Glenn. It was the final Cedar Ridge game for seniors Grady Ray, Tucker Cothran, Bryce Clark, Marco Velazquez, Sam Garbee, Matt Hughes and Trent Kirby. The team managed to have fun despite ups and downs. They invented some dugout chants, including “Marco Polo” whenever Velazquez got on base. They also were in charge of rolling out the tarp, which led to some adventured whenever a snake would find its way underneath the plastic…which actually happened on Thursday. The team managed to kill the copperhead and actually kept it in the dugout. This team helped head coach Bryson Massey, in his second year, install his system and mentality about coaching after the 2020 season ended in only three games. Earlier on Wednesday, Ray signed with Methodist University, where he will play baseball for the Monarchs. Hughes signed with Brunswick Community College, where he will play baseball alongside current Northern Durham ace pitcher Matthew Lombard. Clark, who played at Cedar Ridge one season, signed to play at Lenoir Community College in Kinston.