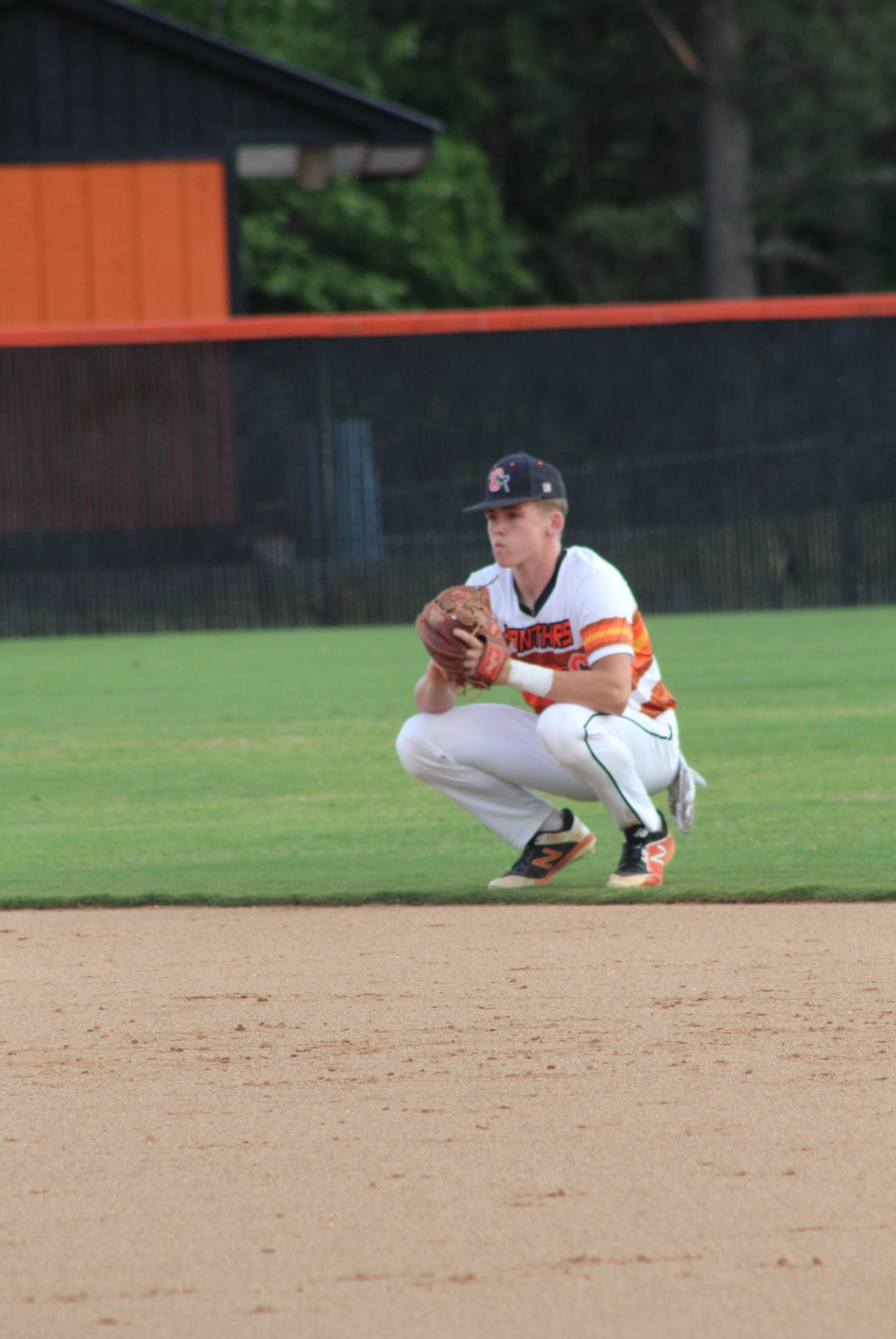 There are errors that a defense commits in baseball that turn out to be only as big as a minnow in the sea.

Orange, on the other hand, made errors against East Chapel Hill the size of great white sharks.

The Panthers, who led 5-0 at the end of three innings, registered five errors in an 8-7 loss to East Chapel Hill at Wildcats Stadium on a steamy Friday afternoon. Trailing 7-5 going into the bottom-of-the-sixth inning, East scored three runs to win it. East’s Ben Smith scored the game-winning run as he advanced to third base off a wild pitch, and the subsequent pickoff throw ended up in left field.

It was a day of wayward throws by the Orange defense, which had been a consistently competent defensive unit in its opening five games. Until Friday, the Panthers hadn’t made more than two errors in a game.

That defensively ability seemed to wilt under the hot afternoon sun Friday, not long after the Panthers built a 5-0 lead. The Wildcats’ started its climb back when Finn Harris, who two on, blooped a single to left field. Patrick O’Connell, who led off the inning with a walk, raced for third base. The throw from left field wound up sailing over the Orange dugout and into the woods. O’Connell and Zack Wernoski, who singled to left field earlier, scored off the errant throw.

“We you have a five-run lead, you gotta bring it home,” said Orange Coach Jason Knapp. “We didn’t do that today. Credit (East Chapel Hill) Coach (Matt) Russell and East Chapel Hill. They continued to fight and fall and they got it done.”

After East’s Chris Horne walked, Nolan Parker hit a two-run single up the middle to bring in Harris and Horne and reduce Orange’s advantage to 5-4.

Ironically, defense helped Orange surge ahead early. In the first and third innings, East put its opening two batters on base with no outs, only to have the Panthers turn 6-4-3 doubles plays each time to keep the Wildcats scoreless.

The aforementioned errant throw in the fourth inning was typical on a weird day where the rawhide seemed to have the elasticity of a super bounce ball you could purchase for a quarter out of a 1980s gunball machine from the nearby A&P Grocery. In the first inning, Orange right field David Waitt scored from second base on a wild pitch. With Connor Funk batting, a fastball from Smith wound up in the dirt, sprung off catcher Ben Buchman’s shin guard and ricocheted halfway up the third base line. In an attempt to retrieve it, Smith booted the ball near the third-base coaches box, which allowed Waitt to race home. Jacob Jones, who was at first base, was tagged out by Smith in a race to third.

Jackson Berini scored off a sacrifice fly hit by Funk to shallow centerfield in the 3rd inning. Later, with the bases loaded, designated hitter Ryan Hench drilled a double to left field to score Waitt, Jones and Will Walker and increase Orange’s lead to 5-0.

After East scored four runs in the fourth, the Wildcats tied the game in the fifth inning. O’Connell led off with an infield single, moved over to second base on a sacrifice bunt from Zach Wernoski, went to third off a single from Harris and scored off an infield error on a ball hit by Noah Daniel.

Orange retook the lead with two runs in the sixth. After Walker and third baseman Cesar Lozano were each hit by pitches, Tyler Lloyd drilled a first-pitch fastball to centerfield that went over the head of Horne. Walker and Lozano scored to put Orange ahead 7-5.

Buchman drew a leadoff walk to start the bottom of the sixth. Ryder Jeske drilled a ground rule double that hopped over the left field wall to send Buchman to third. Smith reached on an infield error that brought in Buchman. O’Connell evened the game on an RBI groundout to Waitt, who had moved to second base after Funk was inserted as pitcher. Jeske came home on the groudout to tie the game.

It was a disappointment for Knapp and the rest of the Panthers, who defeated East 15-5 to start the season.

“We’re absolutely capable of being better than this,” Knapp said. “We have to correct some mental base running mistakes that have been sneaking up on us lately. And we have to shore up our defense.”