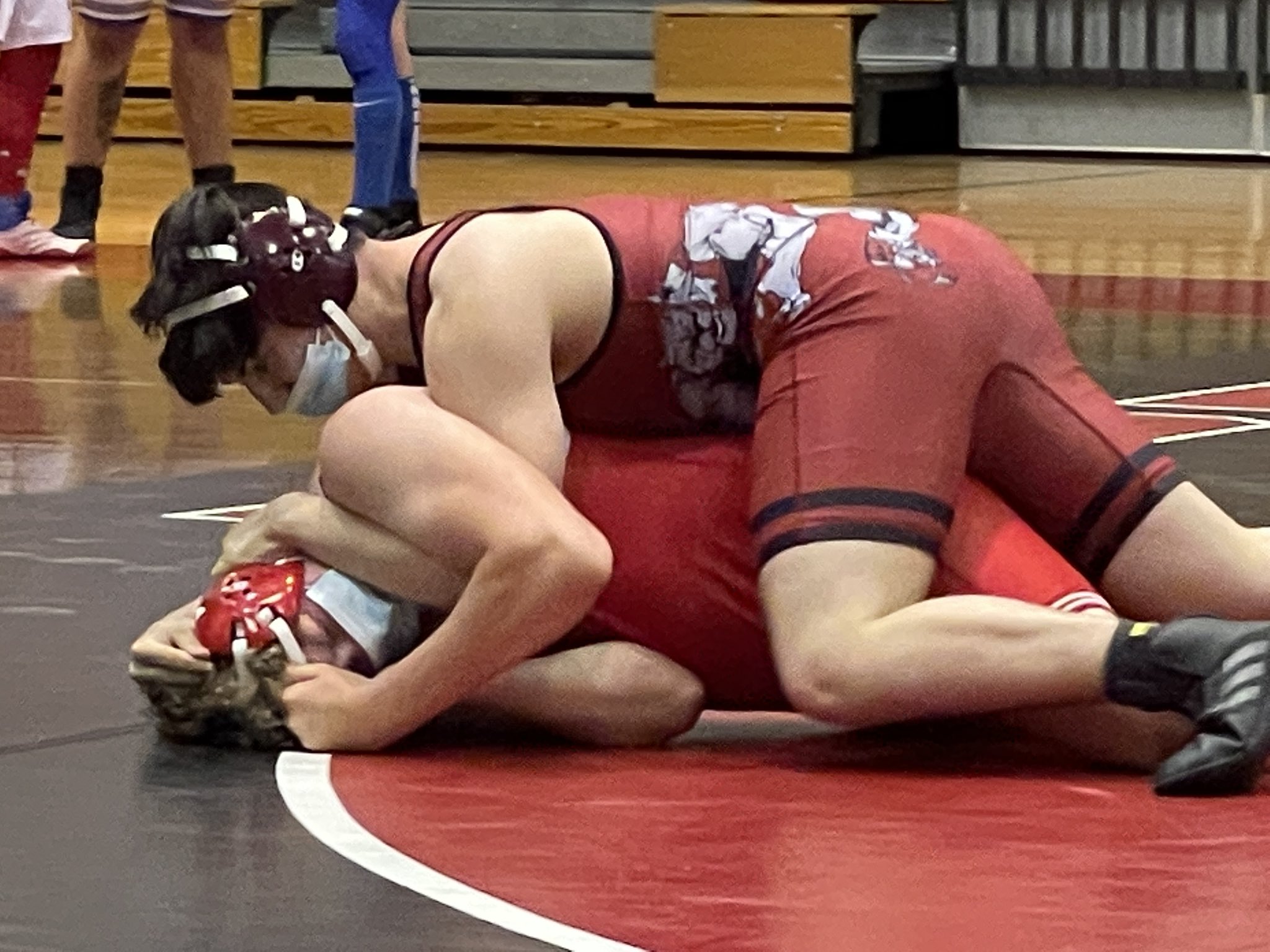 Two Cedar Ridge seniors improved to 12-0 for the season. At 145 pounds, Daina Pritchard pinned Stanley Eno of Southern Alamance in 2:48. Later, Pritchard rode out a 6-2 decision over Chapel Hill’s Bar Dinh 6-2. Pritchard is now 62-33 for his Red Wolves career. He also finished 4-0 lifetime against Chapel Hill.

At 152 pounds, Red Wolf senior James Rosati-Brown earned a forfeit win over Southern Alamance. Against Chapel Hill, Rosati-Brown pinned Leo Davenport in 2:58. Of Rosati-Brown’s 12 wins this year, seven have been via pinfal. His fastest came against East Chapel Hill’s William Weis in only 20 seconds last Thursday.

Also maintaining an unblemished record was Cedar Ridge sophomore Fernando Martinez, who added two more pins to his quickly growing career total Tuesday night. Competing at 120 pounds, Martinez pinned Southern Alamance’s Walker East in :58 seconds. Against Chapel Hill, Martinez disposed of Jack Krueger in 1:05. Midway through his sophomore season, Martinez has a 46-13 career record. Of those 46 wins, exactly half have been via pinfall.

Cedar Ridge senior and co-Captain Kady Watkins earned her seventh win of the season. Against Southern Alamance, Watkins pinned Lucas Perry in 2:35. It was her fourth pin of the season. Watkins has also pinned Southeast Guilford’s Colon Krall in 2:33 during a tri-meet at Orange on May 6. She pinned Eastern Alamance’s Mason Tanner in 2:49. Last week, Watkins defeated East Chapel Hill’s Cuong Tran in 1:57.

The Red Wolves will face Carrboro and Orange in a special tri-meet on Thursday. It will be the second time this year the Red Wolves have taken on the Jaguars and the Panthers.

Cedar Ridge baseball to hold vs. Cancer benefit against Orange

The Cedar Ridge baseball team will start the second half of its season on Friday night against Northwood. However, Red Wolves baseball coach Bryson Emerson is quickly putting together a benefit to fight cancer for the game against Orange on May 28.

The Vs. Cancer game will have a first pitch scheduled for 6PM, immediately after the junior varsity contest between the Panthers and the Red Wolves.

“We’ll be raffling off lots of stuff,” Emerson said. “There will be many items from local restaurants and businesses.”

All proceeds will go to fight childhood cancer.

After forfeit wins over Vance County and Southern Durham over the past week, Cedar Ridge will start the second half of its Big 8 Conference slate against Northwood on Friday night in Hillsborough. First pitch will be at 6 o’clock at Red Wolves Territory. You can hear the game with Curran Campbell and Jmari Graham on Hillsboroughsports.com.

On Tuesday, Bethany Community School defeated the Red Wolves 7-6 in Summerfield. Trailing 6-4 going into the bottom of the seventh inning, Bethany scored three runs to win the game, ending with a walkoff single.

Senior Trent Kirby hit a two-run homer for the Red Wolves in the top of the second inning. Kirby scored Bryan Flores, who singled to leadoff the inning. Cedar Ridge’s B.J. Thornton went 2-for-4 with two RBIs.