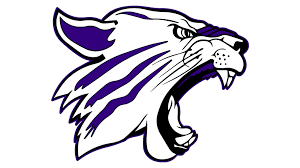 While Orange didn’t get the result they wanted on Friday night, time will tell if they got what they needed.

West Stokes’ Kaden Fuller earned the win after he threw three innings of relief as the Wildcats scored two runs in the eighth inning to beat Orange 8-6 on Friday night in Hillsborough. Designated hitter Adam Parris drove in the game-winning run with a bases-loaded walk. Orange catcher Davis Horton, who finished 3-for-5 with two RBIs, reached second base in the bottom of the eighth to represent the tying run, but Fuller struck out Orange’s next three batters to complete his first varsity win.

It was a night of firsts for both teams. Orange Coach Jason Knapp used six different pitchers, but second baseman Connor Funk established himself from the pack. Funk, who had never pitched in a varsity game, threw two-and-two-thirds innings and struck out six after relieving Jaren Sikes in the sixth. Though he took the loss, Funk was the only Orange hurler to hold the Wildcats scoreless in consecutive innings.

“We know he’s got it in him,” Knapp said. “He’s got an electric arm. He just needs some time on the mound. We tried to give everybody a little bit tonight, but when we got caught in extras, we had to stick with him. He did a great job.”

West Stokes (5-1), a 2A team from the Western Piedmont Conference, has a roster of big bats and powerful arms. Coming into Friday, the Wildcats had hit seven home runs in five games. They added two more on Friday. Their pitching staff, which includes three sophomores, averaged eleven strikeouts per game. They maintained that average against Orange.

Fuller lined an opposite field home run off Orange starter Pierson Kenney to lead off the second inning for the first run of the night. The Panthers responded with three runs in the second inning after West Stokes’ starter Evan Cecile walked the bases loaded. With two out, Panther shortstop Jackson Berini drew a walk to score Jaren Sikes. Funk knocked in Joey Pounds with a grounder that reached left field, then Horton lined a first-pitch fastball over second base which plated Tyler Lloyd and built Orange’s lead to 3-1.

West Stokes tied it right back up when Fuller ripped a triple to right field. Dylan Roscoe, running for catcher Brighton Berthrong, scored. Pounds, making his first start in right field, hit Funk on the relay and Horton tagged out Joshua Jones at the plate. Fuller tied the game 3-3 after Parris hit a two-out bouncer to right field.

Sikes drew a walk in the bottom of the third, stole second, advanced to third on a single by Cesar Lozano and scored off an infield hit by Tyler Lloyd.

Again, Orange didn’t have the lead for long. West Stokes first baseman Bryson Bowman drew a leadoff walk to start the fourth inning and tied the game following a liner up the middle by Berthrong.

Orange got the lead back in the bottom of the frame when Funk drew a one-out walk. After Funk stole second, first baseman Will Walker drilled a double down the left field line to push Orange back ahead 5-4.

Fuller opened the fifth with a walk, and Jacob Smith throttled a 2-1 fastball off the bottom left corner of the Orange scoreboard to give West Stokes a 6-5 lead.

Fuller, who started at second base, replaced Dominic Mickle as pitcher in the sixth. Funk drilled Fuller’s first pitch over the head of centerfielder Jacob Smith for a triple. Horton sent a fly ball to right field that was dropped and allowed Funk to tie the game. With the go-ahead run at second base, Fuller came up with two strikeouts to keep the game tied 5-5.

After Orange went through four pitchers in five innings, Funk held the Wildcats scoreless in the sixth and seventh. Orange had a chance to win in the seventh after David Waitt, who was inserted into the game as a reserve in the fifth, grounded a one-out double to left field. But Fuller struck out Ryan Hench and got Jackson Berini to fly out to shortstop to send the game into extra innings.

While Orange played a back-and-forth game against a team they hadn’t faced since 2009, the Big 8 Conference championship race was extended into next week. At Knights Field, Northern Durham rallied from a 3-0 deficit with five runs in the sixth inning to defeat Chapel Hill. That means the Knights and the Panthers will meet on Tuesday night in Hillsborough for a winner-takes-all battle for the Big 8 Conference championship. Orange (6-1, 6-0 in the Big 8) clinched a share of the title after Northwood defeated Northern Durham (5-1, 5-1) 7-6 on Wednesday. The winner of Tuesday’s game will be the #1 seed from the Big 8 in the state playoffs.

“We scheduled this game because we needed some quality opponents to prepare ourselves for the state playoffs,” Knapp said. “We knew that West Stokes was quality and they were going to bring a good team up here and they did.”