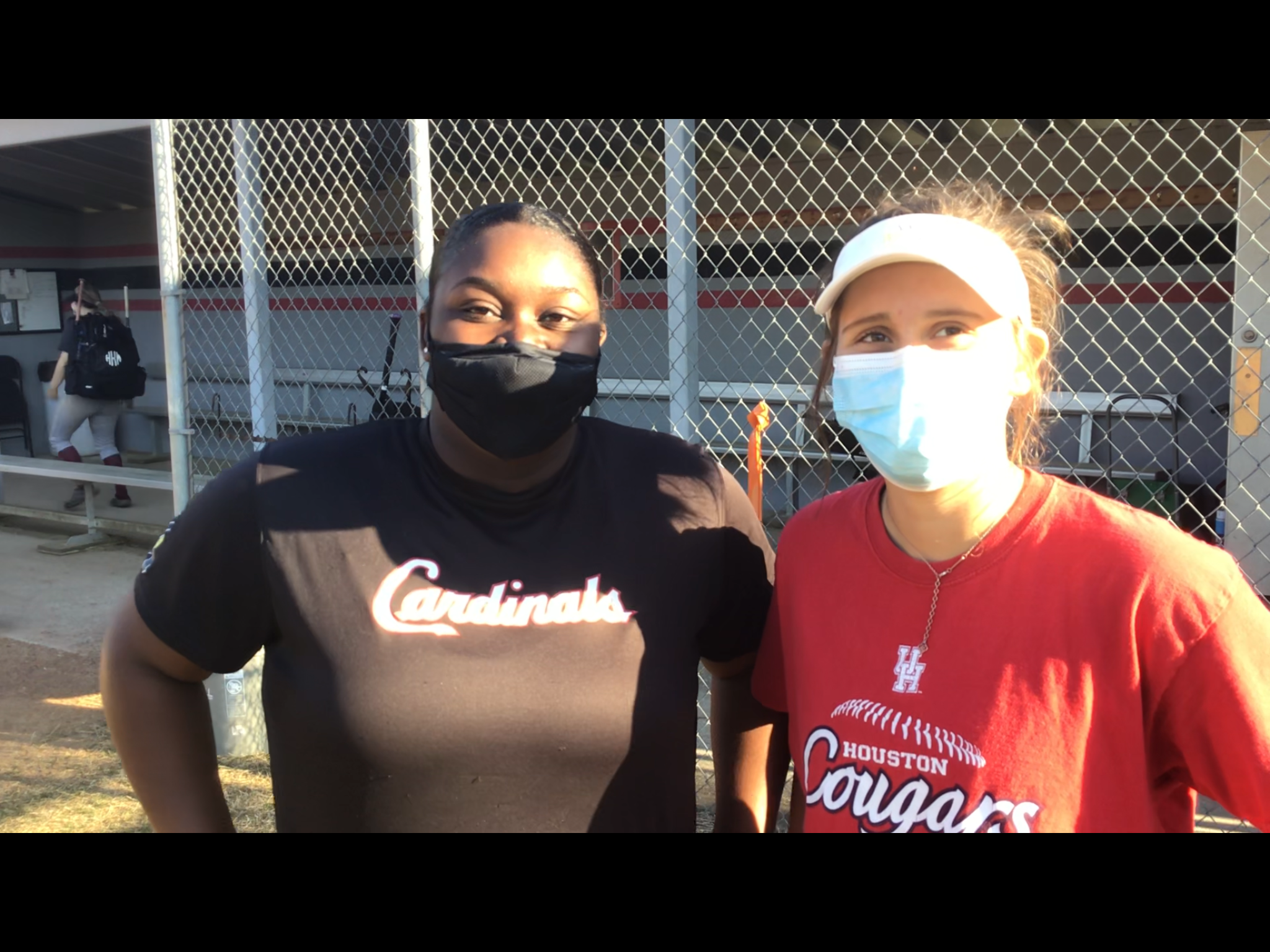 After finishing with a winning record for the fourth year in a row, three Cedar Ridge softball players were named first-team All-Big 8 Conference.

Third baseman Takia Nichols, the Big 8 Player of the Year, was named to the first-team. So were junior shortstop Ava Lowry and senior catcher ShiLi Quade.

Nichols led Cedar Ridge in nine offensive categories. She had a .707 batting average, scored 34 runs, had 29 hits, belted 13 home runs, registered 38 RBI, nine doubles, was walked 17 times, had a .793 on-base percentage with a 1.926 slugging percentage. Nichols, a junior, will enter her senior season on a six-game home run streak. Nichols started the string at Northern Durham on April 20 with a three-run blast to centerfield. The next day against the Knights, she hit an inside-the-park home run on a windy day at Cedar Ridge Softball Stadium, the 20th dinger of her career. Two days later, she hit another home run against East Chapel Hill, then followed with two home runs in a 8-3 win at Vance County in Henderson. Nichols concluded the season with two home runs in the opening game of a doubleheader against Southern Durham.

Despite playing home games inside a big park, Nichols is the all-time leading home run hitter in Cedar Ridge history, baseball or softball. She has 26 career dingers.

Lowry has built a bond with Nichols since the time they played together in middle school. They share the same side of the infield. Before the season started, Lowry committed to Division III North Carolina Wesleyan. This year, Lowry hit .550 with 25 runs scored, three home runs and 23 RBIs. She was also second on the team with seven doubles. Against East Chapel Hill on March 29, Lowry hit two runs as the Red Wolves defeated the Wildcats 18-5 in five innings at Wildcat Softball Park. She finished 4-for-5 against the Wildcats with six RBIs. On April 9 against Northwood, Lowry hit a three-run inside-the-park home run that ended the game. Lowry scored Quade and Olivia Aitkin to wrap up a 14-2 Red Wolf win. In the third inning of that game, Lowry had an RBI single to score Quade again.

Ironically, Lowry may have had her best game of the season in a loss. Against Orange on April 15, Lowry went 2-for-4 with a double and a triple. Cedar Ridge trailed from the time they gave up three runs in the first inning, but Lowry never stopped competing. She hit a double in the second inning and scored Cedar Ridge’s first run off a wild pitch. With two outs in the sixth, Lowry drew a walk following a 10-pitch at-bat (she fouled off five balls) to extend the inning, which led to Quade scoring off a wild pitch. Then came the wild seventh inning, where Cedar Ridge trailed 9-2 but scored seven runs to send it to extra innings. In the 7th, Lowry reached off a dropped fly ball and also scored on a wild pitch. In the eighth, Lowry nearly won the game with a triple to right centerfield that missed clearing the fence by a few feet. She settled for a triple, but was stranded there after a groundout to the shortstop.

Quade played on two Big 8 Conference Softball championship teams at Cedar Ridge during her four-year stint on the varsity. After she played centerfield in her abbreviated junior year, Quade shifted to catcher this season to replace Emma Roby, who graduated in 2020. She opened the season by going 4-for-6 against Northwood on March 17 in a wild 17-16 loss to the Chargers in eight innings. For the year, Quade hit .465. She scored 32 runs, which was second only behind Nichols. Quade hit 4-for-5 against East Chapel Hill on March 29, where she had a double and a triple.

While the pandemic may have kept most students at home for most of the academic year, Quade had no problem keeping herself active. In the winter, she was a member of the Big 8 Champion Cedar Ridge volleyball team, which reached the 2nd round of the 3A State Playoffs. When she didn’t play volleyball, she was a photographer for the Cedar Ridge yearbook staff. Quade was a regular at Cedar Ridge men’s and women’s basketball games, shooting pictures at courtside (some of which appeared on Hillsboroughsports.com) right up until softball practice started in February.

Senior second baseman Reagan Ruhl and junior centerfielder Olivia Aitkin were named honorable mention. Ruhl, who also played on the varsity for four years, hit .340 with one home run. She had an inside-the-park home run against Northern Durham on April 21 that reduced Cedar Ridge’s deficit to 15-14.

Aitkin, who started in centerfield, hit .404. She was third on the team with 20 RBIs. In the past, Aitkin has also competed on Cedar Ridge’s swimming team.