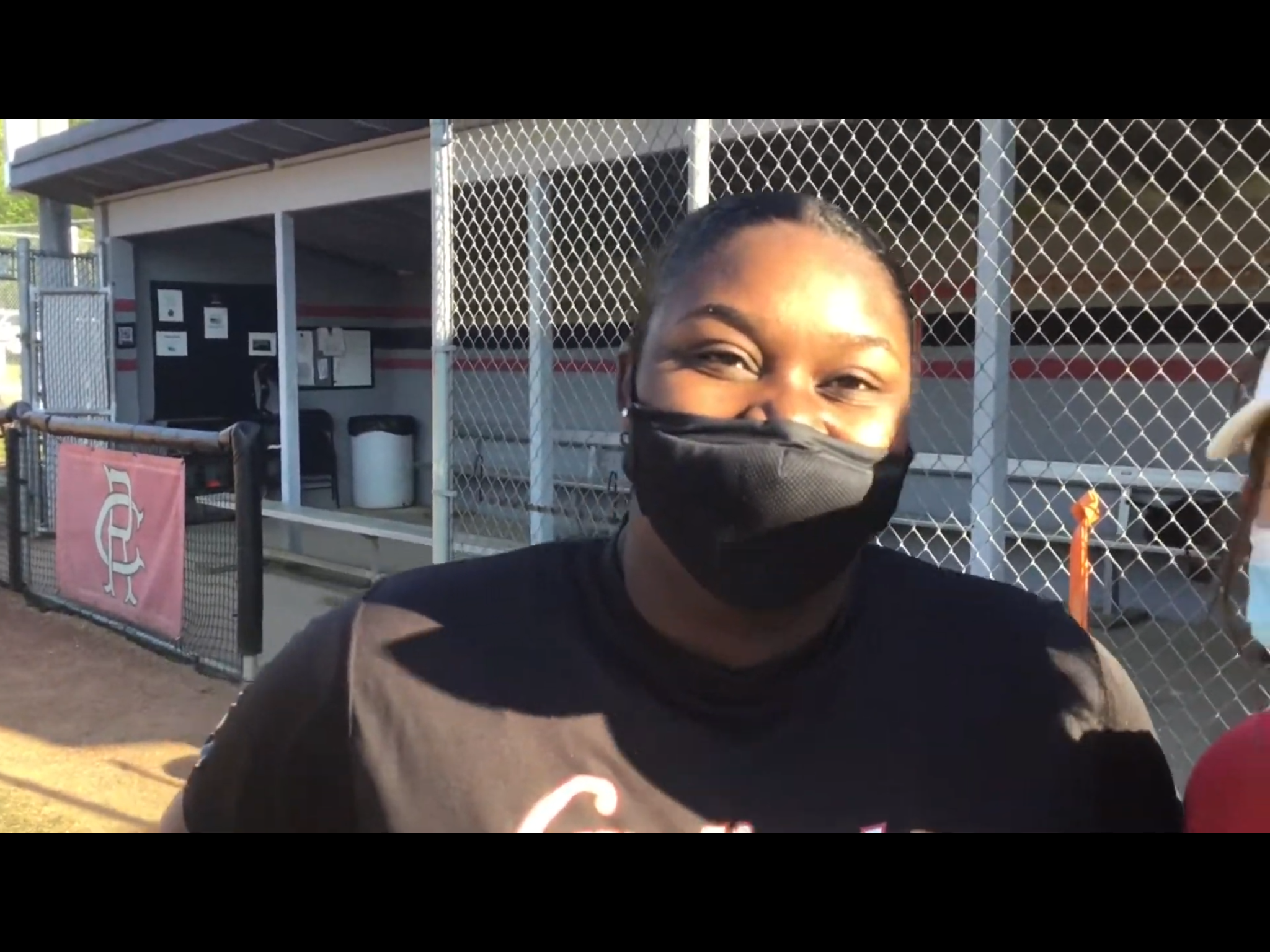 Alongside her designation as the all-time home run hitter in Cedar Ridge history, Takia Nichols has a new accolade.

The 2021 Big 8 Conference Softball Player of the Year.

On Thursday, Nichols was named the league’s top player following a season where she led the Big 8 Conference with 13 home runs and 38 RBIs. Nichols amassed that total despite being walked 17 times.

“Firstly, I want to thank God for everything because none of it would be possible without Him. I want to thank my mom, my trainers, and my coaches for making me into the player that I am,” Nichols said on Thursday night. “would also like to thank the fans and my teammates for rooting me on in every situation- good or bad. I am super appreciative for all the love and support from everyone!”

In a nutshell, here’s how some teams protected themselves from Nichols’ power. In the Red Wolves season-opener against Northwood on March 17, Nichols led off the third inning with a solo homer to centerfield. In her subsequent four at-bats, she was intentionally walked.

In the rematch on April 9, Nichols was intentionally walked in all three of her plate appearances–despite hitting leadoff. In an instance of poetic justice, Nichols scored all three times in a 14-2 Red Wolves win.

Then there was Cedar Ridge’s unforgettable comeback on April 15 against Orange. The Red Wolves trailed 9-2, only to score seven runs in the seventh inning. With Nichols coming up to bat with Marlee Rakouskas standing at third as the game-winning run, Lady Panthers Coach Johnny Barefoot didn’t dare risk Nichols hitting a potential walkoff homer. She was intentionally walked in her second plate appearance in the 7th inning (Nichols walked earlier in the frame, when Cedar Ridge sent 13 batters to the plate). She was intentionally walked again in the ninth inning.

“Takia exemplifies what hard work is,” said Cedar Ridge softball coach Allen Byrd. “She is never satisfied, always striving to be better. She pushes her teammates to be better. It’s such an honor to be a small piece of her continued growth and progression.”

Nichols was an immediate sensation in her freshman season. Paired alongside power hitters Tori Dalehite, Kymberlie Thacker, and Kara Wagoner, Nichols still led the team with eight home runs. She was third on the team with 36 RBIs, tied with Taylor Ruhl.

Her sophomore season will forever linger in the unknown. In just four games, she hit five home runs. She knocked the ball off Cedar Ridge’s scoreboard against West Johnston in a 21-16 win in the third game of the year. Could she have inched closer to former Orange catcher Mia Davidson’s state record of 53 home runs? The COVID-19 pandemic ensured that question would go unanswered as the season was canceled after four games. She will enter her senior year with 26 career home runs in 42 career games. Davidson hit her 53 home runs in 90 career games.

“She’s amazing,” said junior Ava Lowry, who shares the same side of the infield with Nichols. “We have this bond because we’ve played together since middle school. We know what the other is thinking defensively. We’ll just look at each other and we’ll know where to line up. We know what’s going on with each other without saying anything. I’ve never had a better teammate.”

Normally, Nichols would have roughly 17-20 games to show her talents. Because of the pandemic, that number was paired down to 14 games this year. Still, Nichols saved her best for the final weeks of her junior season, where she hit home runs in each of her final six games.

Nichols plans to announce her college commitment this summer.

“I am very happy about the way that things turned out for me this year but I can’t ponder on it anymore,” Nichols said. “It’s time to put in more work and it’s time to get better. 2022 is my last year as a Red Wolf and I only want to make the best of it.”