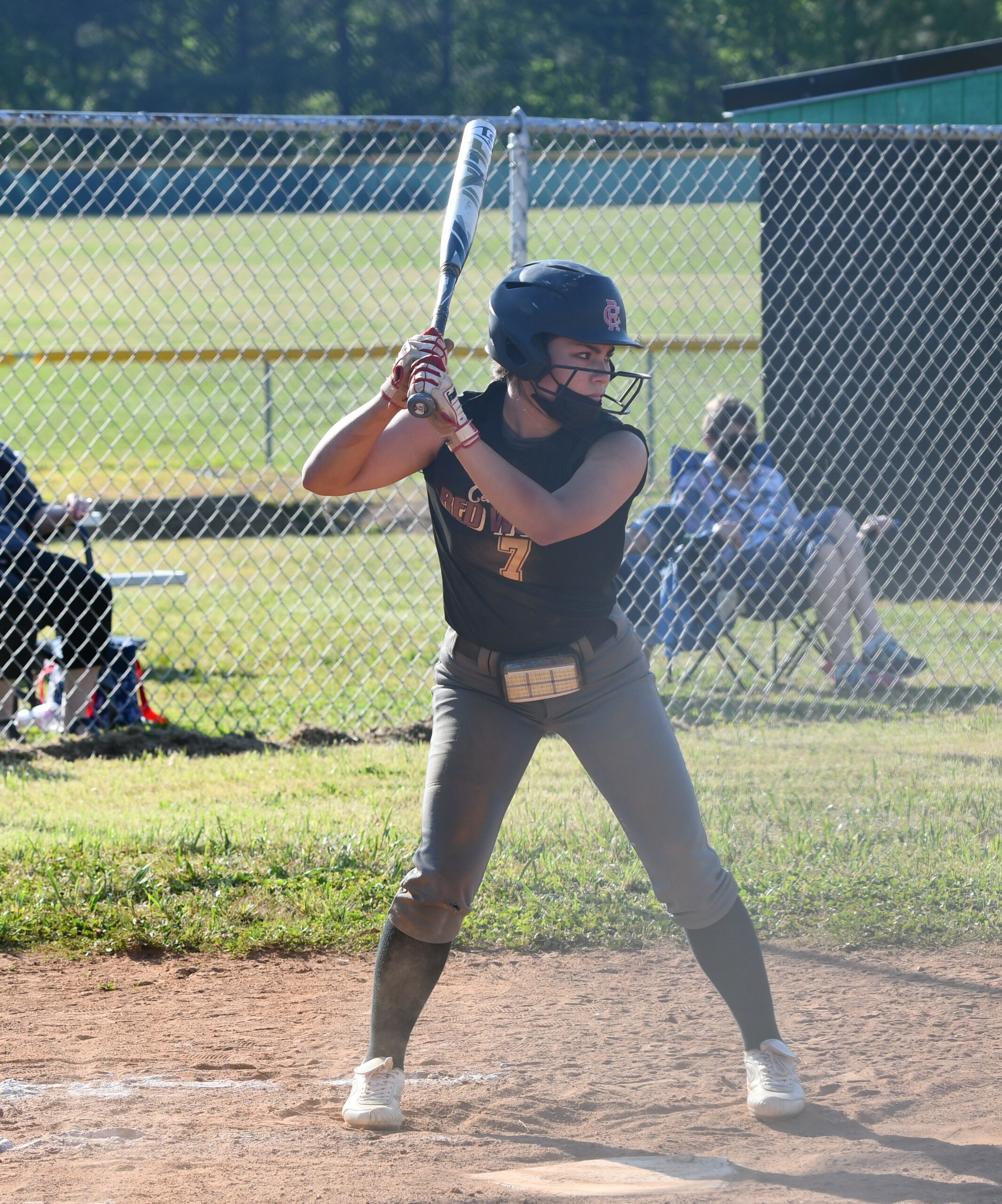 It sounds simple, but it’s true.

When Cedar Ridge softball plays well defensively, they win. When they don’t, well…

From one game to the next, Cedar Ridge Coach Allen Byrd has no idea what to expect. Last Tuesday, the Red Wolves played flawless in a 12-2 win at Northern Durham. The next day in Hillsborough, in the midst of wind gusts of nearly 30 miles per hour, Cedar Ridge gave up eleven unearned runs off five errors in a 15-14 loss to the same Northern team.

Fortunately, in Cedar Ridge’s final trip to Henderson, their gloves and bats worked in perfect unison.

Sophomore Hayley King threw a complete game for her seventh win of the year. King struck out three and held the Vipers to seven hits.

Naturally, Cedar Ridge didn’t commit an error in the game. On April 8, the Red Wolves made two errors, leading to three unearned runs, in a 7-4 Vance County win in Hillsborough.

Nichols blasted a solo homer over the centerfield wall to open the scoring in the third inning. Ava Lowry walked, then advanced to third on a single by Olivia Aitkin. Senior Reagan Ruhl grounded a two-run single up the middle. Caira Peach lined a single to score Ruhl and push Cedar Ridge’s lead to 4-0.

In the fourth, seniors Emma-Rae Sharp and ShiLi Quade each reached on errors. Then Nichols drilled a laser over the left field wall for a three-run homer to vault Cedar Ridge ahead 7-0.

Nichols hit a leadoff double to start the sixth. Lowry lined a single to centerfield to bring her in.

The win guarantees that Cedar Ridge will finish with a winning record for the fourth straight season.

Cedar Ridge is scheduled to host Southern Durham for a doubleheader on Friday. It will be the final home game for Quade, Lowry, Sharp, Lajoan Stuart, Alexandria Matthews and Marlee Rakouskas.

The Orange softball team officially finished its Big 8 Conference season with a 15-0 victory over Southern Durham on Tuesday night. Southern was the final opponent that the Lady Panthers hadn’t played. With the victory, Orange ends the conference season 7-0, its first perfect conference season since Orange started fielding fast-pitch teams in 1998.

It was senior night for first baseman Gracie Colley and third baseman Emma Puckett. Together, Puckett and Colley have each played on Orange’s varsity team since they were freshmen. Together, they have played on squads with a combined record of 38-17 and have won two Big 8 Conference Championships.

Freshman Caden Robinson returned to the lineup and hit a three-run homer, her third dinger of the year. Sophomore centerfielder Serenity McPherson went 2-for-3 with 2 RBIs. McPherson has hit safely in all 12 of Orange’s games this year.

Orange (12-0) will try to complete a perfect regular season with two games later this week. They travel to Northern Durham on Thursday. A nonconfernece game against Southern Alamance, originally set for Wednesday, has been rescheduled for Friday in Graham.

Southern Alamance will face Southwestern Randolph on Thursday night. The winner will be champion of the Mid-Piedmont Conference.

Orange has already clinched the Big 8 Championship and will host a game in the opening round of the 32-team 3A State Playoffs next week.

The Lady Panthers are one of five undefeated teams in 3A softball. The others are D.H. Conley, Piedmont, North Buncombe, and Crest.