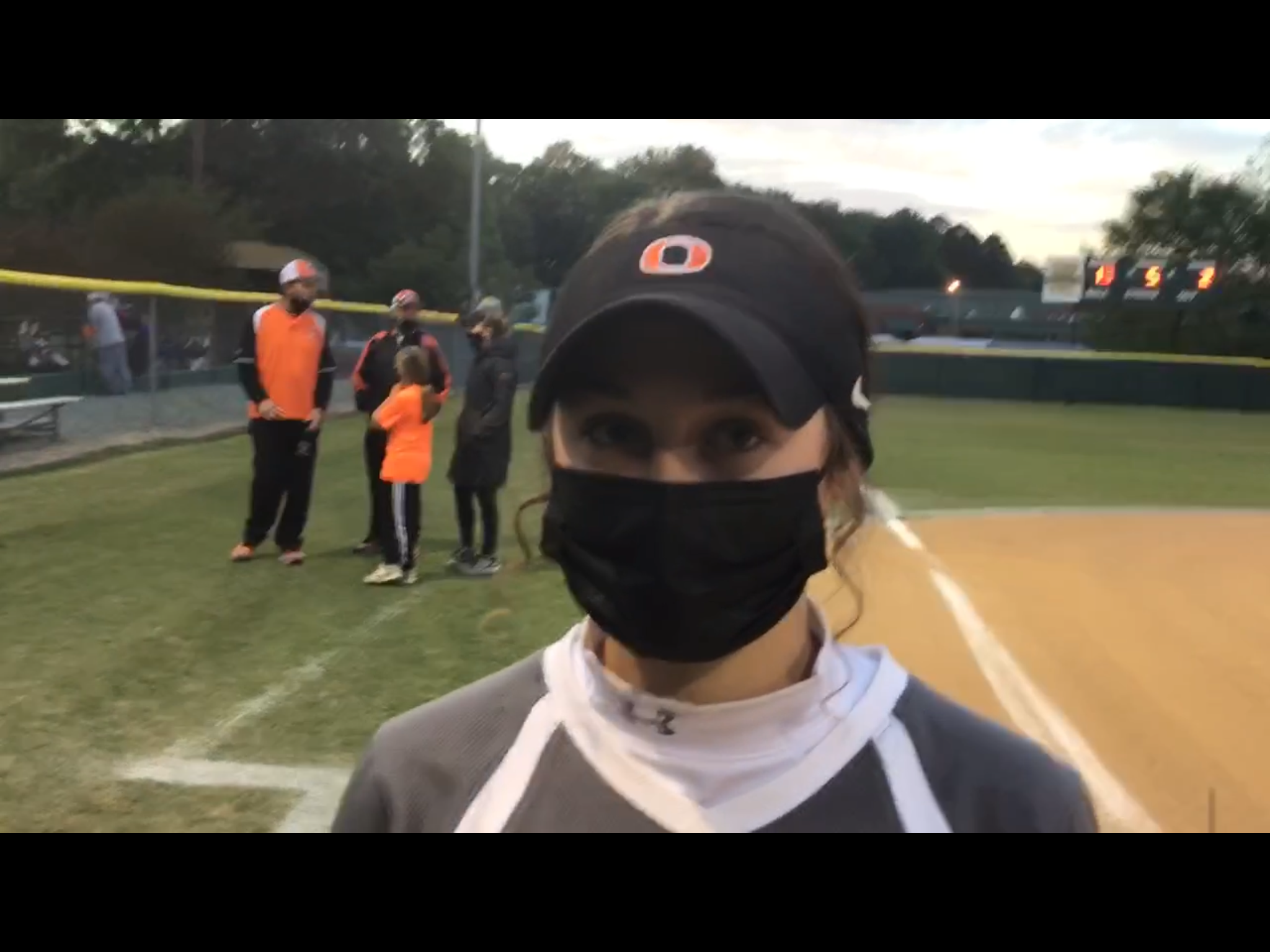 This week’s Orange Panther of the Week is softball sophomore shortstop Carson Bradsher. On Friday night, Bradsher went 4-for-4 with four runs scored and three RBIs as the Lady Panthers defeated Northwood 13-2 at Charger Softball Field. In the fifth inning alone, Bradsher had two RBIs singles and scored twice. Through ten games, Bradsher leads Orange in seven offensive categories. She’s hitting .700, which also leads the Big 8 Conference. She has 21 hits, 21 runs, 18 RBIs, seven doubles, and four triples, along with eleven stolen bases. Softball is a family affair for Bradsher. Her mother, Shannon, played softball under former head coach Dave Murr at Orange when it was exclusively a slow-pitch sport. Her father, Wayne, is an assistant under head coach Johnny Barefoot. Wayne is a graduate of Orange and Carson admits to getting her quickness from her father. This week, Orange will play its final home game of the regular season. They face Southern Durham on Tuesday. Orange will travel to Southern Alamance on Wednesday in Graham, then travel to Northern Durham on Friday to wrap up the regular season. The Lady Panthers, who have already clinched the Big 8 Championship, are 10-0.