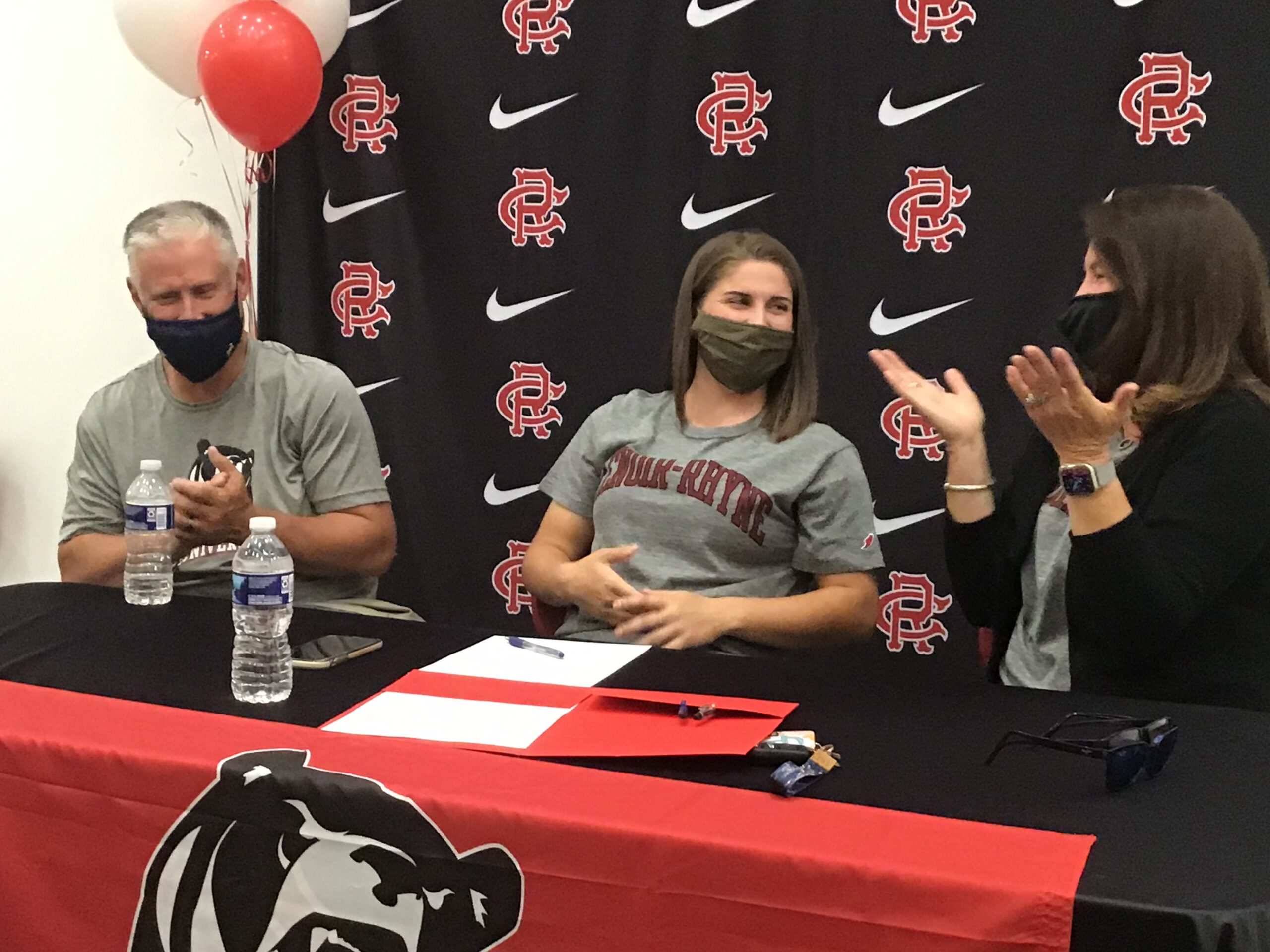 When Emerson Talley started training at Cedar Ridge in 2017, she told then-head women’s soccer coach P.J. Michaelson that she would score 100 goals in her high school career. Even when the pandemic limited her junior year to only four games, and restricted her senior season to 14 (with Vance County and Southern Durham scheduled for next week), she has still nearly backed her lofty boast.

“I’m going to give you a pass only because of Covid,” Michaelson told Talley on Thursday night. “As I got to know Emerson, I knew that 100 would be way too low for her. If we didn’t have COVID, she would have had 125 based on how talented she is.”

Before becoming the all-team leading goal scorer in Cedar Ridge history, there were endless miles of summer road trips with the Mebane Youth Soccer Association. Playing with the North Carolina Fusion out of Greensboro starting in middle school, there were treks to San Diego, Indianapolis, Seattle, New Jersey and Miami, not to mention all the home games.

It all finally led to a special ceremony at Cedar Ridge High School on Thursday night in front of family and friends.

Talley formally signed to play with Division II Lenoir-Rhyne University in Hickory. With a table adorned in bright red to match the school colors, Emerson was joined by her father, Randy, and mother, Dawn, for the ceremony in the new J-wing at Cedar Ridge High School. She became the first athlete to sign a scholarship in the wing, but certainly not the last.

Another member of that squad, Ivy Garner, transferred to Eno River Academy after her freshman season at Cedar Ridge. Garner has been a member of the North Carolina Courage Academy and has signed to play at N.C. State.

Cedar Ridge’s 2018 squad advanced to the 2nd round of the 3A State Playoffs. Talley, as a freshman, scored a goal and an assist as the Red Wolves defeated West Carteret 3-0 in Morehead City in the opening round. They were the first team to shut out the Patriots that season. It was a win that brought profound joy for Michaelson, who had gone 0-8 against West Carteret when he coached at South Central High in Winterville.

“I thought about that game the other day as I was reminiscing,” said Michaelson, who is currently the men’s soccer coach at Graham High. “We relied on her so much. She created so many special moments and she’s going to create more at Lenoir-Rhyne. It’s not a surprise that the moments she had her freshman year have translated to her senior year and to college.”

Talley was All-Big 8 Conference her freshman and sophomore year. She will almost certainly be named All-Conference again when the teams are released next month. In 2019, she was All-Region and was named Most Valuable Player of the team.

This season, Talley has scored 24 goals. That included six goals in a 7-6 win over Northern Durham on March 24 in Hillsborough. On April 6 against Vance County, Talley registered six goals in a 9-0 win.

As a sophomore, Talley scored 35 goals, including eight hat tricks. At one point, she had a four-game streak of scoring three goals or more. Twice in that span, the Red Wolves defeated archival Orange.

Talley’s talent was apparent from the very beginning to David Riley, the Director of Coaching with the MYSA

Talley, who also has a 3.8 grade point average, ran track at Gravelly Hill Middle School. That was where her mother realized that Emerson could be more than just another soccer player at Cedar Ridge.

“I knew she could be a college player at Gravelly Hill,” Dawn Talley said. “That’s when she starting owning her talent and developing. I always envisioned this. I’m not sure if Emmy always did, but we did. She’s a bit timid, but she worked hard for this for four years.”

Talley played her final home game against East Chapel Hill on Wednesday night. She will end her Cedar Ridge career with road trips to Vance County on Monday and Southern Durham on Wednesday.