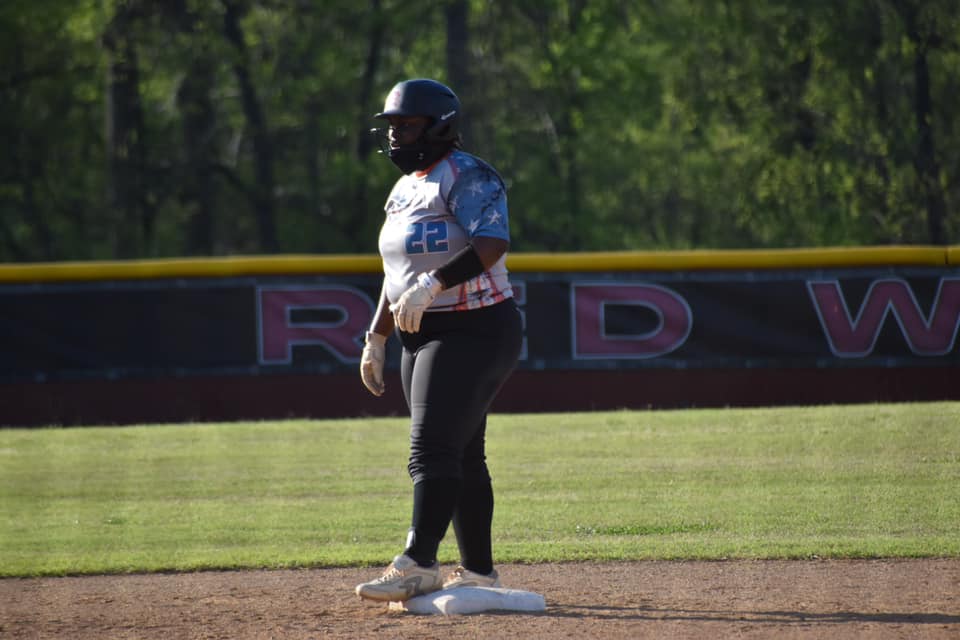 Softball: Everything thrilling and frustrating about the Cedar Ridge softball team was on full display during its two-game series against Northern Durham.

On Wednesday, Cedar Ridge committed five errors in a 15-14 loss to the Knights in Hillsborough. Northern scored eight unearned runs as they held on for dear life as the Red Wolves mounted another patented seventh inning comeback that fell just short.

In the series-opening win, Red Wolves third baseman Takia Nichols went 3-for-4 with four RBIs. In the fourth inning, Nichols drilled a three-run homer to dead centerfield to push the Red Wolves ahead 6-1. It was Nichols’ 19th career home run.

Nichols started the game with a line drive to centerfield. Ava Lowry reached on an error by the pitcher, which allowed Nichols to score the game’s opening run. In the second, first baseman Alex Matthews looped a two-run single to centerfield to score Tori Carden and Lajoan Stuart, a courtesy runner for Hayley King.

On Wednesday, both teams battled the elements on a blustery day where wind gusts reached nearly 30 miles per hour and the temperatures plummeted after first pitch. Cedar Ridge scored four runs in the first inning, including an RBI double by Nichols to score Quade. After Lowry was hit by a pitch, Aitkin laced a two-run triple to centerfield.

Northern chipped away until an 8-run fourth inning where all the runs came in with two out. Third baseman Jessica Wolter reached on an infield error to score Aubrey Clayton and Abi Walker and the Knights were off to the races. Alana Holland, who finished 3-for-5 with 3 RBIs, laced an RBI single to left field. Pitcher Taylor Penne earned the win despite piling up 167 pitches.

Nichols had her 20th career home run with an inside-the-park homer in the sixth inning. With Cedar Ridge trailing 15-11 going into the seventh inning, Quade got on board via an error to lead off the frame. Quade eventually scored off an RBI single by Aitkin. Second baseman Reagan Rhul laced a line drive down the left field line for another inside-the-park home run to pull within 15-14. Northern first baseman Savannah Burton threw to Clayton for a 3-4 out for the final out.

Mayhew & Ballenger won at #1 doubles for Cedar Ridge. Carter Tholes and Bearman teamed together for a win at #2 doubles, while Colby Alford and Derrick Stephens captured the #3 doubles.

As for Orange, the Panthers defeated Northwood 5-4 in Pittsboro. Justin Conover and Joseph Clark captured the double match that earned the Panthers the team victory by an 8-3 tally. Orange’s Colin O’Hagerty & Brandon Gwinn won its #1 doubles match. Conover, Gwynn and O’Hagerty also won their singles matches.

On Wednesday, Chapel Hill defeated Orange 9-0. The Panthers, 5-6 overall, will host Southern Durham next Tuesday to end the regular season. The Big 8 Conference Tournament is slated for next week.

Golf: Orange had two men’s players qualify for the 3A Mideast Regionals during the final Big 8 Conference match of the season at Umstead Golf Course in Durham on Tuesday. Senior Joshua Frank and sophomore Thomas Loch each shot an 88. However, their year-long nine hole average was enough for them to qualify for regionals. Both players averaged below a 42 for their nine-hole average.

The Mideast Regionals will be held at Keith Hills Golf Club in Lillingston on May 3.