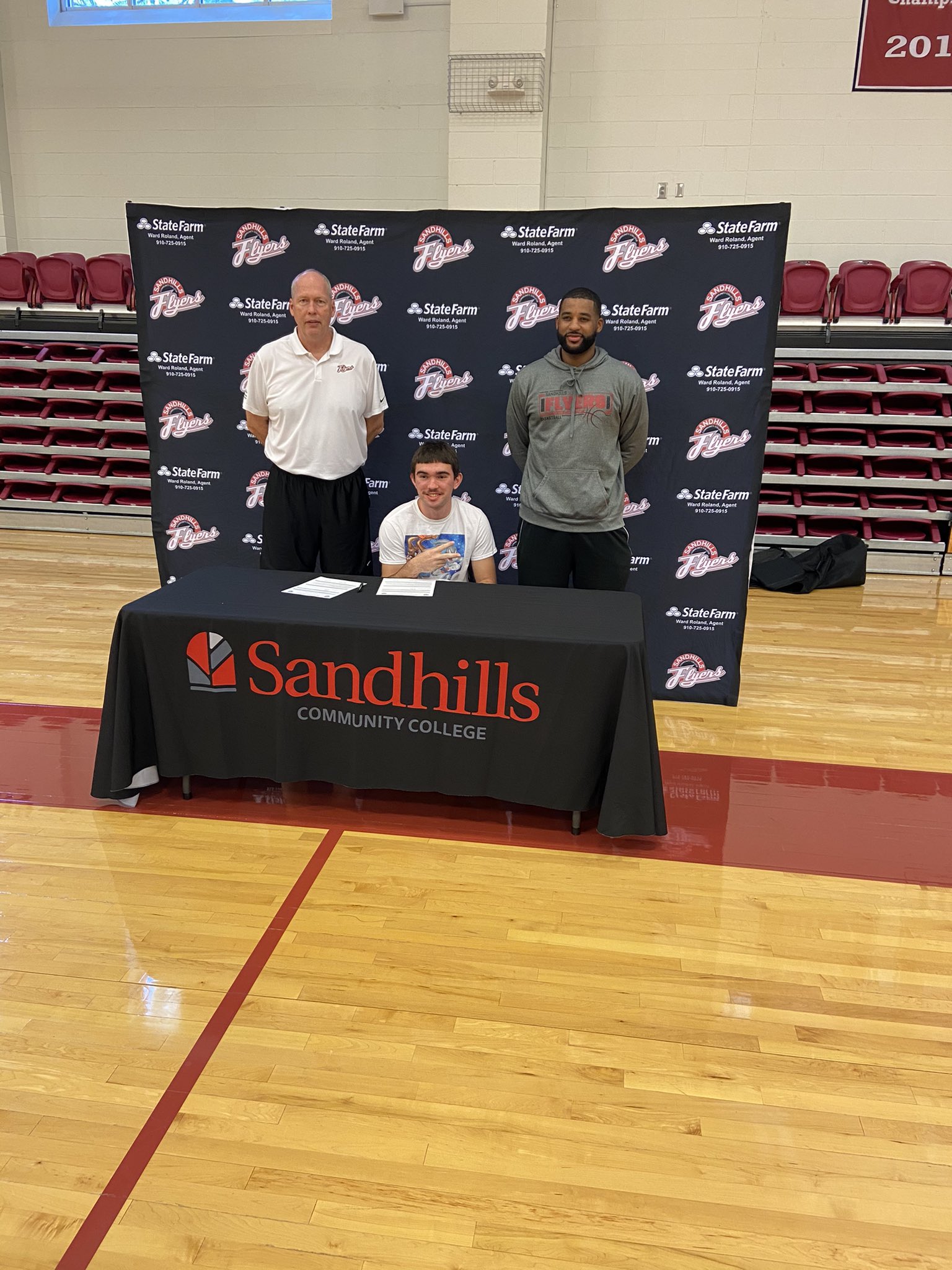 Joey McMullin: Former Orange basketball guard Joey McMullin has announced his transfer to Sandhills Community College in Pinehurst. This winter, McMullin played at Bryn Athyn College, a Division III school in Philadelphia. McMullin scored over 1,000 points in his Orange career. He was a regular starter for Orange’s 2016-17 team that captured the Big 8 Regular Season Championship and advanced to the 3A State Quarterfinals. In his final win at Orange, McMullin rolled up 36 points against Northern Durham. Sandhills Community College plays in Region X of the National Junior College Athletic Association. On Monday night, the Flyers advanced to the quarterfinals of the NJCAA National Championship with a win over John Wood Community College.

Mia Davidson: The Mississippi State softball team swept a doubleheader over Jackson State on Tuesday. Davidson hit home runs in both games, bringing her career total to 65. She is now tied for fourth in Southeastern Conference history with 65 career home runs. In Mississippi State’s opening 8-0 win in five innings, Davidson went 1-for-3. In the second game, Davidson launched a solo blast in the 3rd inning. The Bulldogs captured the nightcap 10-3. Davidson went 1-for-4. Also in the second game, Davidson split time at second base and at first base. She has now played every infield position for her career at Mississippi State. 10 of Davidson’s last 12 hits have left the ballpark.

Montana Davidson: Montana came off the bench to play third base for Mississippi State in both ends of the doubleheader against the Tigers. She went 1-for-2 in the opener. In the nightcap, Montana scored off a single by Chloe Malau’ulu in the fourth inning. Montana also went 1-for-2 in the second game. Mississippi State is 23-19 and will host Texas A&M for a three-game series starting Friday in Starkville.

Grace Andrews: On Monday, the Catawba Valley Community College softball team split a doubleheader against Florence-Darlington Tech at Highland Recreation Center in Hickory. In the opening game, Florence-Darlington edged the Red Hawks 3-2. Andrews went 0-for-3, which ended her nine-game hitting streak. In the second game, Andrews rebounded in the second game, going 2-for-3 with her seventh home run of the season as the Red Hawks whitewashed the Stingers 6-0. Through 28 games, Andrews leads or is tied for the team lead in four offensive categories: a .478 batting average with 44 hits, seven home runs (tied with Alleigh Himes for the team lead) and 32 RBIs. Andrews is second on the team with ten doubles.

Landon Riley: It took two-thirds of the season, but Riley finally surrendered a run for the Liberty Flames–albeit an unearned run. Duke defeated the Flames 7-0 on Tuesday at Worthington Field. It was Liberty’s first home loss of the season. In the eighth inning, Riley faced four batters. He surrendered one run off two hits and one walk. LIberty is 5-2 against the ACC this year. The Flames are still in first place in the Atlantic Sun Conference with an 11-2 mark, one game ahead of Kennesaw State. Liberty hosts Coastal Carolina starting Friday for a three-game nonconfernece series.

Kayla Hodges: After winning the Colonial Athletic Association Tournament Championship on Saturday, the Elon women’s soccer team will face Milwaukee to open the 48-team tournament at WakeMed Soccer Park in Cary on Saturday. The winner will face Florida State, the #1 overall national seed, on May 1. Hodges has started all nine of the Phoenix’s games this season and was named 2nd-team All-Colonial Athletic Association last week.

Kate Burgess: The UNC Rowing team competed at Lake Hartwell, South Carolina last Saturday. The Tar Heels competed against Clemson and Oklahoma. The Tigers won with 81 points, while the Sooners finished with 70 points. The Tar Heels registered 65. Burgess was on UNC’s 2V4 crew, which defeated Clemson’s third and fourth boats with a time of 8:11.0.