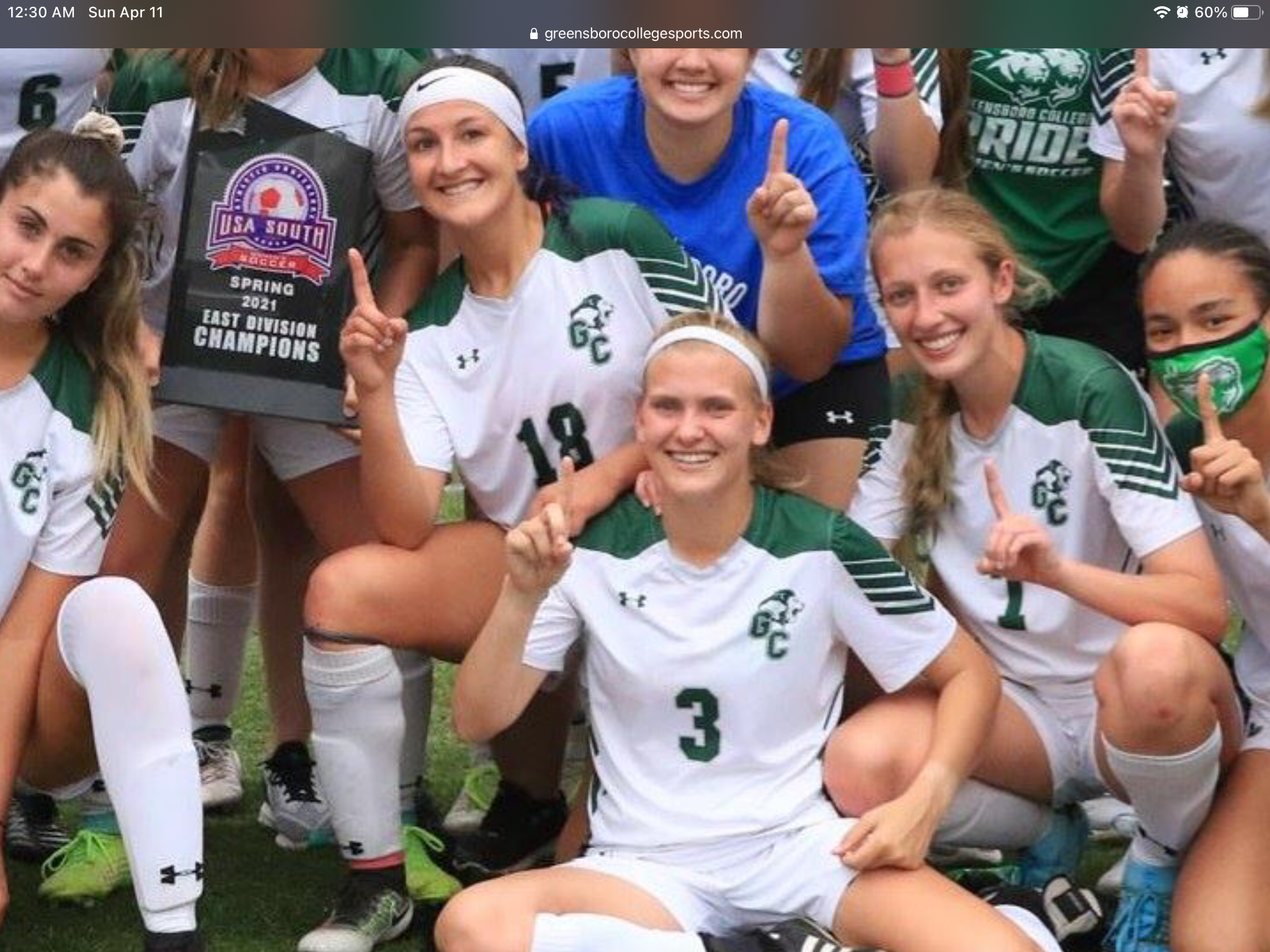 Brittany Daley: The former Cedar Ridge soccer star started for the Greensboro College Pride against Pfeiffer on Saturday. The Pride defeated the Falcons 2-0 at Pride Field to win the USA South East Division Championship. Daley played the full 90 minutes as Greensboro ended its abbreviated spring season with a win. Daley started all eight games that Greensboro played this spring. She played the maximum 740 minutes as the Pride finished 6-1-1. Ordinarily, Greensboro would be preparing to play for the NCAA Division III Tournament, but the event was canceled this year. Daley will start her senior season with the Pride this fall when play hopefully returns to normal.

Kayla Hodges: The Elon Phoenix women’s soccer team defeated William & Mary 2-0 at the Dillard Complex in Williamsburg, VA on Saturday. With the win, Elon clinched a spot in the Colonial Athletic Association postseason tournament. Hodges started her seventh game of the season. The Phoenix is 4-3 overall, 3-1 in the CAA. Elon will face Hofstra, on Thursday in Towson, MD in the semifinals of the CAA Tournament.

Landon Riley: The Liberty baseball team completed a three-game sweep of Lipscomb at Worthington Field in Lynchburg, VA over the weekend. Riley appeared in two games and was used as a setup man instead of the closer role that had been customary so far this year. On Friday in the Flames 4-1 win, Riley faced one batter, who grounded into a double play. On Sunday in the Flames 5-4 win, Riley threw the eighth inning and allowed one hit. He retired the other three batters he faced. Liberty currently leads the Atlantic Sun Conference with a 7-1 record, one game ahead of Kennesaw State for first place.

Phillip Berger: The winningest pitcher in Cedar Ridge history earned his third win of the season for Division III William Peace on Friday. The Pacers defeated Mary Baldwin 14-2 in five innings in the second game of a doubleheader in Stauton, VA. Berger threw four innings. He struck out six and allowed two runs off four hits. Berger is 3-2 with a 3.83 ERA for the Pacers this season. The Pacers improved to 13-12.

Mia Davidson: After its weekend series against Tennessee was canceled, the Mississippi State softball team arranged a doubleheader against #1 Oklahoma and Louisiana Tech in Ruston, LA on Saturday. Against La. Tech, Davidson went 0-for-3. Mississippi State won 2-0 behind a no-hitter by pitcher Annie Willis. Against the Sooners, Davidson went 0-for-1 with a walk. Oklahoma won 9-0 in five innings.

Montana Davidson: Montana started at third base against Louisiana Tech and went 0-for-2 with a sacrifice bunt. Against Oklahoma, Montana went 0-for-1. Mississippi State is 20-16 and will travel to Samford on Tuesday.

Jalen Hurdle: On Saturday, the Patrick Henry Community College softball team split a doubleheader with Spartanburg Methodist. Hurdle threw a three-hit shutout in the second game as the Patriots won 11-0. Hurdle struck out three over five innings and allowed only one walk. She also went 1-for-3 with an RBI single. It was the second pitching win of Hurdle’s career. The Pioneers won the first game 11-6. Hurdle finished 2-for-4 with an RBI. Patrick Henry is now 10-14 overall, 4-4 in Region X of the National Junior College Athletic Association.

Marvin Jones: The North Carolina Central track & field team competed in the Aggie Invitational at North Carolina A&T University in Greensboro on Saturday. Jones earned a fourth place finish in the high jump with a 2.05-meter jump. Hoova Taylor of Virginia State finished first with a jump of 2.10 meters.

Bailey Lucas: The Division III Meredith volleyball team ended the regular season with a doubleheader sweep of Mary Baldwin in the Physical Activity Center in Stauton, VA on Sunday. The Avenging Angels won the first match 3-1 on scores of 25-17, 17-25, 25-18 and 27-25. Lucas came off the bench in the first match and finished with 20 assists and seven digs. Meredith swept the final match on scores of 25-13, 25-21 and 25-11. Lucas had three kills, 15 assists and four digs. The Avenging Angels end the regular season 9-4 overall, 6-2 in the USA South Athletic Conference. Meredith now enters the USA South East Division Championship as the #3 seed. They will travel to face second-seeded Averett on Wednesday.