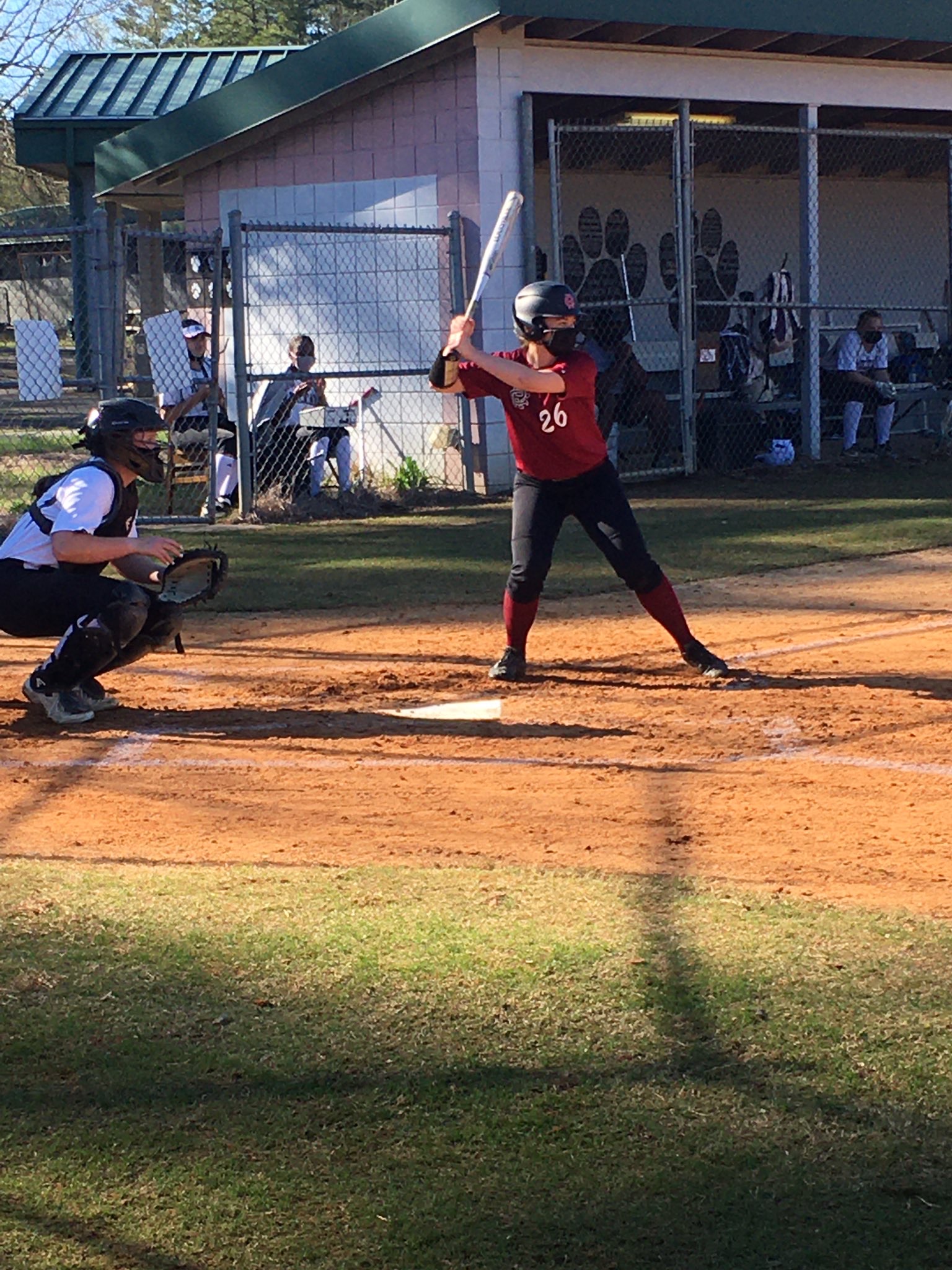 Ever since pitcher Rivers Andrews’ graduated from Cedar Ridge in 2018, the softball’s team best defense has been a strong offense.

After a lapse against Orange, the vintage Red Wolves offense was back in living burgundy and grey at East Chapel Hill Monday afternoon.

Lowry, junior Takia Nichols and senior catcher ShiLi Quade each had four hits for the Red Wolves, who are 2-2 in the Big 8 Conference. Cedar Ridge had ten extra base hits. Nichols and Alexandria Matthews each had two doubles.

Sophomore Hayley King earned her second win of the season inside the circle for the Red Wolves. King threw two shutout innings. She surrendered one hit with one strikeout before Matthews threw the final three innings.

Cedar Ridge is the two-time defending Big 8 Champions, but they started 1-2 after a wild 17-16 loss to Northwood in eight innings in Pittsboro on March 17. In that game, the Red Wolves trailed 11-4 going into the fifth inning, only to tie the game with seven runs in the fifth inning. Cedar Ridge scored five in the top of the seventh to take a 14-12 lead, and actually had the Chargers down to its last out before Zoe Hatsidakis doubled home Carlee Harris for the game-tying run.

With only the first seven games being counted in the Big 8 Conference standings, it’s fair to say Cedar Ridge’s playoff fortunes were on the line against East Chapel Hill on Monday.

“I think it was hard for us at first today,” Lowry said. “Just trying to adjust to the slower pitching and just trying to get our confidence back from the Orange game. But for the most part, we came out strong.”

Quade opened the scoring with a line drive to center, then stole second and took third base on a throwing error. Nichols’ earned her first RBI of the day with a groundout to pitcher Helena Harrison, which allowed Quade to score.

The Red Wolves broke the game open with five runs in the second inning. Marlee Rakouskas drew a leadoff walk, leading to Matthews doubling on a ground ball to left, leading to Rakouskas scoring from first. After Quade was hit by a pitch, Nichols double to left, bringing in Matthews. Lowry then launched a three-run homer over the white, plastic, four-foot wall at East Softballs stadium to put the Red Wolves ahead 6-0, and that was just the beginning.

In the third, Matthews, Anaya Carter and Quade loaded the bases with consecutive singles. Nichols doubled with a liner to center to clear the bases. Lowry took a 1-0 fastball over the centerfield plastic to extend Cedar Ridge’s lead to 11-0.

East Chapel Hill Sydney Lang was 1-for-2 with a two-run home run in the third inning.

Through four games, Nichols is hitting .750 with eleven RBIs. She has two home runs, even though she’s been walked in five of her 17 plate appearances.

Lowry increased her average to .538, which includes going 3-for-4 with 4 RBIs in the Northwood loss. Her two home runs on Monday were the first of her high school career.

The Red Wolves will be off for the rest of spring break. They will return to action against Southern Durham next Tuesday in Hillsborough, which may be tentative since the Spartans have already canceled a game against Orange this week.

While the first week of the season was disappointing, Cedar Ridge isn’t folding its hand regarding making the playoffs for a fourth straight season.

“I think we can still play Northwood again and win,” Lowry said. “I think our upcoming games are ones we can win.