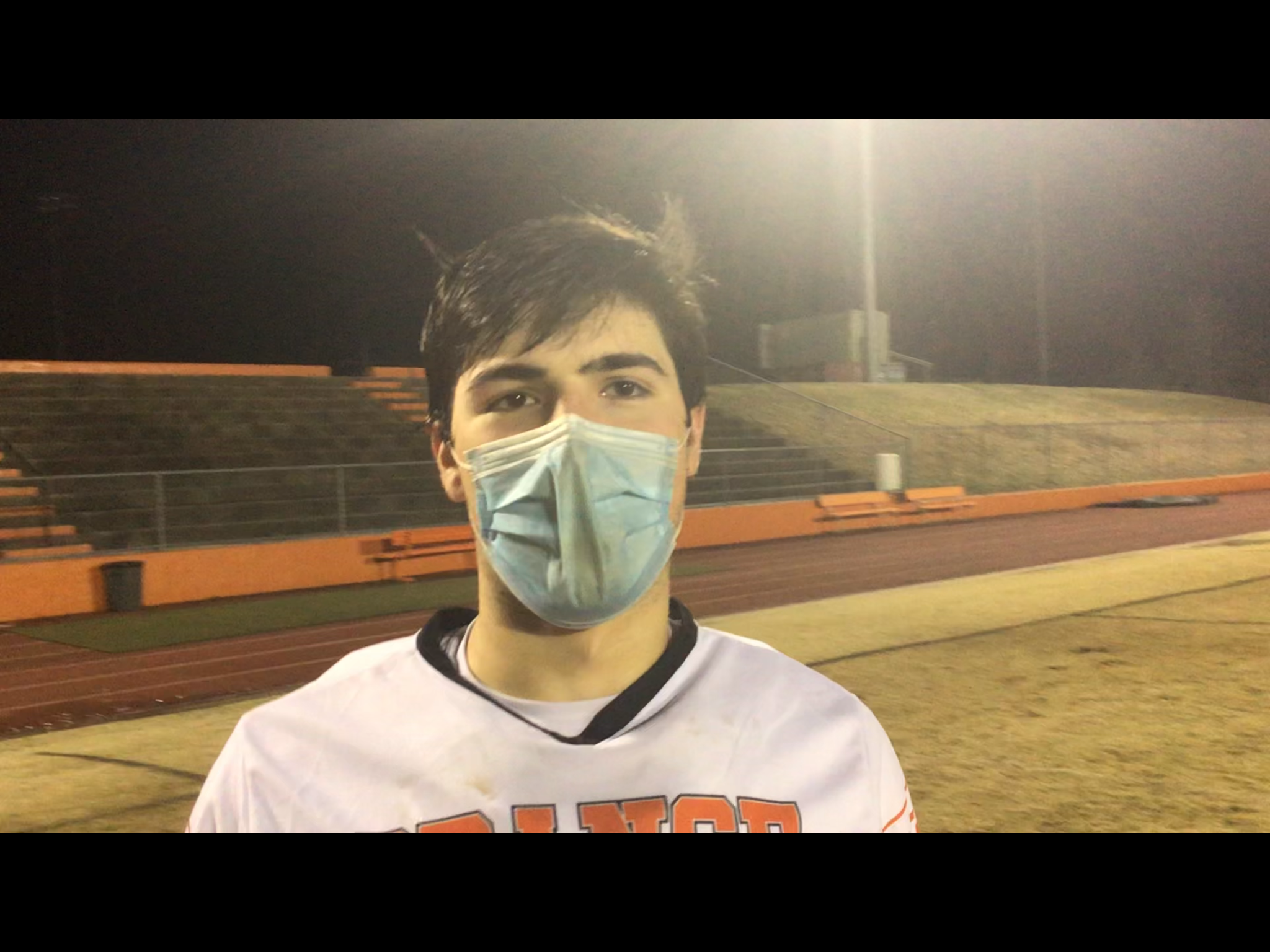 Two Orange lacrosse seniors responsible for the most successful season in school history have been honored accordingly.

Grant is Orange’s first-ever Conference Player of the Year.

“This was a great year for our conference,” said Orange Lacrosse Coach Chandler Zirkle. “There were many deserving players as voted on by our conference coaches.”

Grant scored 15 goals and three assists, including a vital hat trick in the win over Northwood, which came only one week after the Chargers romped past the Panthers by eleven goals. Grant was second on the team with 49 ground balls and led the squad with 32 takeaways.

Merrill led Orange with 29 goals and 15 assists. He scored six goals in a 10-6 win over Cedar Ridge on February 24, which essentially ensured the conference championship. Merrill had a hat trick in the victory over Northwood and was the go-to option on offense throughout the year. Merrill added four goals against East Chapel Hill in the state playoffs, his final game at Orange. He also assisted on two goals against the Wildcats.

“Roman Oguntoyinbo and Ryan Merril both had exceptional years scoring the ball for both Cedar Ridge and Orange,” Zirkle said. “Roman lead the conference in scoring during the regular season while Ryan Merrill was the leading scorer on the conferences top team who often came out mid way through games to give JV players the chance to play.”

Davis, a senior attacker, was second on the team with 22 goals and 20 assists. He finished with five points against Northwood, including a hat trick. He finished with seven points against Vance Charter School in Henderson on March 4, which officially secured the Conference 9 title for the Panthers. Davis also scored seven points in a 19-7 win over Carrboro on March 2.

Speaking of Kruse, he was one of only two freshman to make the All-Conference 9 first-team. Kruse, who played at Stanford Middle School last year, finished third on the squad with 19 goals. He also had 32 points. Kruse had three hat tricks, including two in back-to-back games against Northern Durham and Carrboro. Kruse was a regular feature on Orange’s top unit in the state playoffs and figures to be a prominent player for years to come.

Mahaney ended the year with 44 ground balls, third on the team. He was also a reliable defensive midfielder with 12 takeaways, tied with Davis for second-highest on the team behind Grant.

Metheny was a strong long stick defenseman for an Orange team that allowed five goals or less four times. As Orange struggled struggled throughout the year to find a steady goalkeeper because of injuries and football defections, Metheny was one of the pillars of the Panthers’ defense.

Wimsatt was Orange’s face-off ace. In the regular season, Wimsatt won 71% of his face-offs, with 81 victories in all. He controlled the face-off circle against East Chapel Hill, where he won a majority of his attempts. Wimsatt led Orange with 86 ground balls. He also developed into a scoring threat at the year wore on, ending the season with eleven goals.