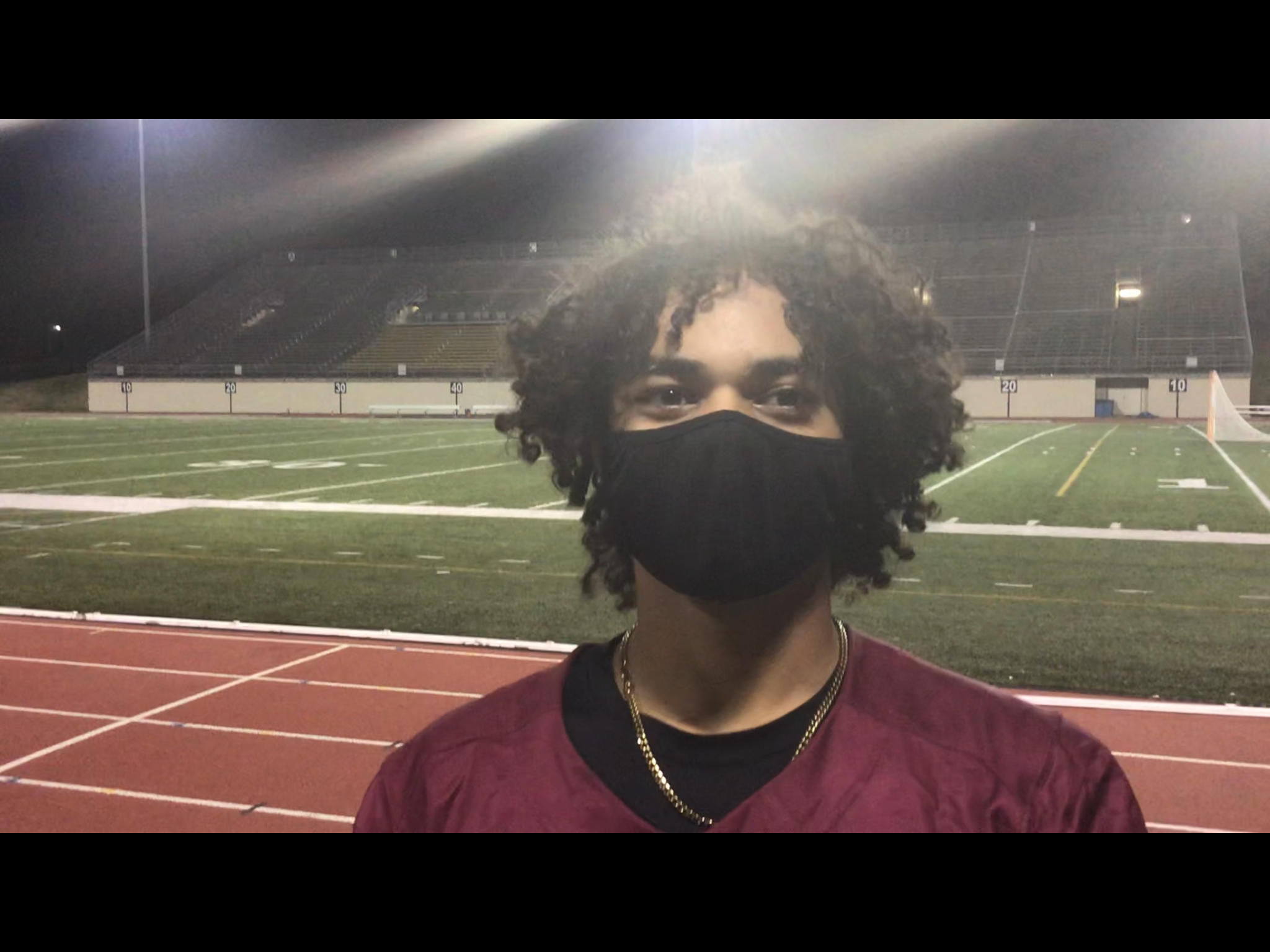 After the Cedar Ridge men’s lacrosse team made its return to the 3A/2A/1A State Playoffs for the first time since 2018, three Red Wolves shared Conference 9 Player of the Year awards.

In addition, six Red Wolves were named to the All-Conference 9 first-team.

“I am thrilled with the recognition of all of them,” said Cedar Ridge lacrosse Coach Patrick Kavanaugh. “It was a tough year to get through, but they showed persistence and we ended up having a decent year despite the obstacles to practices and not having the numbers we normally have.”

Oguntoyinbo, a junior attacker, had a career-high 26 goals and 32 assists. His 58 points led the Red Wolves. Oguntoyinbo’s tallied ten points in a game twice, both against Vance Charter School. On February 22 in Hillsborough, Oguntoyinbo scored four goals and dished out six assists in a 16-1 win. In Henderson, Oguntoyinbo fired a season-high 12 shots on goal. He scored six goals against the Knights, and tallied four assists as the Red Wolves won 13-3 to sew up second place in the Big 8.

Kehoe shared co-Conference 9 Goalkeeper of the Year with Kole Walker of Roxboro Community. He made a season-high 16 saves against Chapel Hill on March 11 at Culton-Peerman Stadium. Even though Chapel Hill held the ball most of the first quarter, they didn’t score largely because of Kehoe’s work in the net.

Kehoe earned four shutout wins in 2021, including three straight against Northern Durham, Roxboro Community and Vance County (he played 24 minutes in each of those games, sharing time with Joshua Taylor in net).

“I remember the first practice of the season where Coach (Kavanaugh) said if we could get ten games in, that would be good,” Kehoe said after the Chapel Hill game. “In general, I think we can be pretty happy with how many games we played. I wish we could have played Orange at our place, but that didn’t happen. But I’m happy with how many played.”

Kehoe has played lacrosse since fourth grade, when he started with the Durham Blues of the Rival Lacrosse League. “That’s where I learned I was the quarterback,” Kehoe said. “I talk a lot. I’m loud. I try to talk my defense through everything.”

Bearmann shared the co-Defensive Player of the Year honor with Jake Wimsatt of Orange. Bearmann led the Red Wolves with 46 ground balls and six takeaways. Bearmann had a season-high eight ground balls and two takeaways against Vance Charter on February 22. Against Roxboro Community on March 4, he finished with seven ground balls.

Hepditch wound up with five takeaways, second on the team. He also wound up with 16 ground balls, including six against Vance Charter on March 9 in Hillsborough.

Miller completed the season with 13 goals and four assists. He had two hat tricks, starting in the season-opener against Walter Williams on January 29 in Burlington. In Cedar Ridge’s first win of the season against Northern Durham on March 1, Miller added three more goals. He had a pair of four-point games, against Vance Charter School on March 9 and against East Chapel Hill in the opening round of the state playoffs on March 15.

In nine games, Vukmer had 19 ground balls. Possibly his best game came against Chapel Hill, where he scooped up five ground balls as the Red Wolves held the Tigers to three goals in the first half.

Cedar Ridge finished 5-4 overall this season, 2nd in Conference 9 with a 3-1 mark. Its was their best finish in conference play since 2017, when they captured the 3A/2A/1A Eastern Regional Championship and faced Weddington for the state title at WakeMed Soccer Park in Cary.