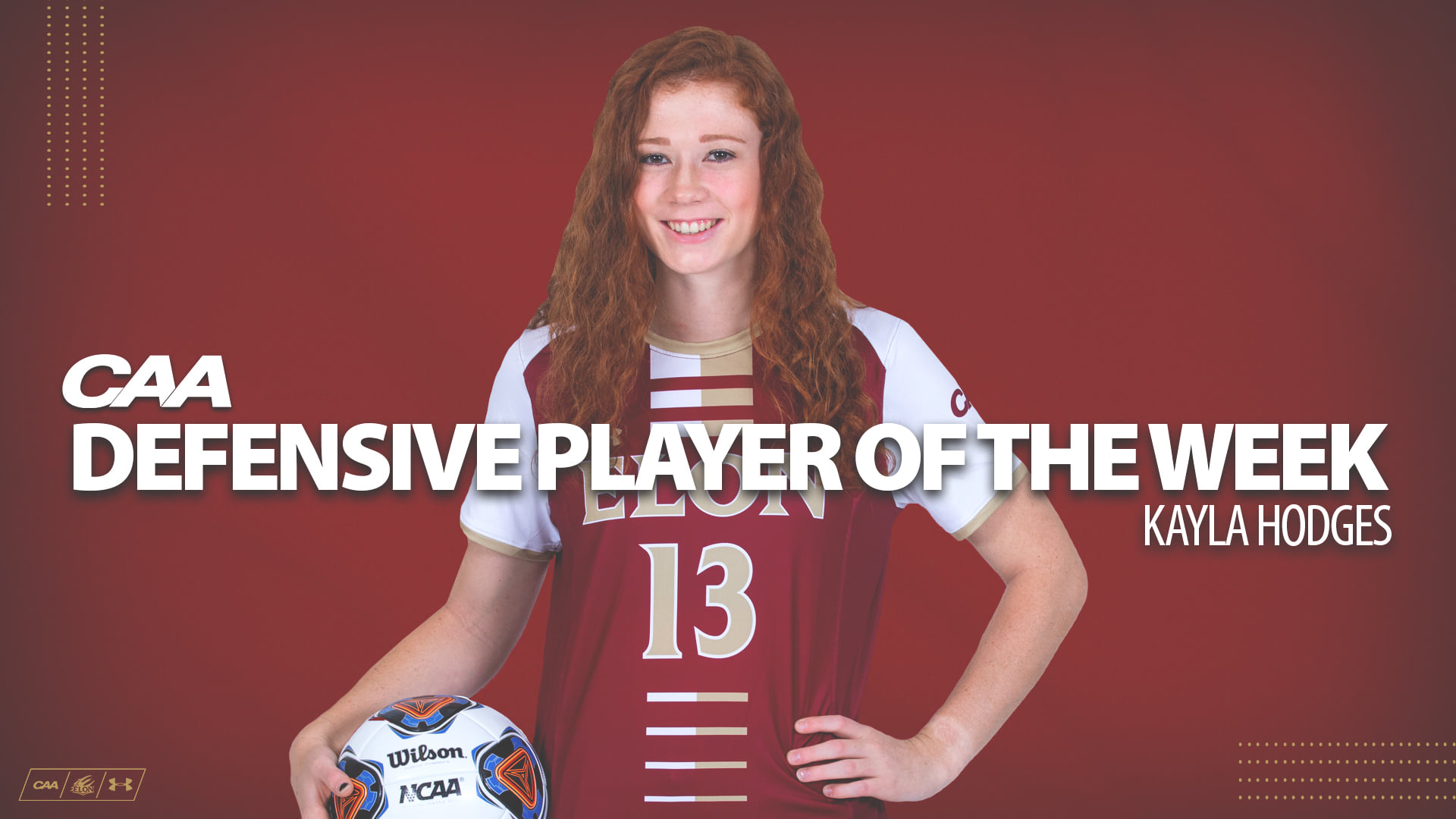 Kayla Hodges: Elon Phoenix junior Kayla Hodges was named Colonial Athletic Association Defensive Player of the Week. Last week, Elon defeated James Madison in overtime 1-0. The Dukes fired 12 shots against Elon, but Hodges and the rest of the backline prevented any of the shots from getting on net. Hodges also had a shot on net in Sunday’s victory at Rudd Field. Elon is 2-1, 1-1 in the CAA. They host South Carolina on Thursday.

Brittany Daley: Division III Greensboro College played to a scoreless tie with Pfeiffer on Saturday at Pride Field in Greensboro. Daley made her 39th career start for the Pride, who are now 3-1-1 in the USA South Athletic Conference.

Bailey Lucas: Lucas posted a double-double in Division III Meredith’s nightcap victory over North Carolina Wesleyan at Weatherspoon Gym in Raleigh on Saturday. Lucas had 24 assists and eleven kills as the Avenging Angels won the second match of a doubleheader 3-0 on scores of 25-14, 25-14 and 25-20. Meredith also captured the opener 3-0 on scores of 25-19, 25-16 and 25-9. In that match, Lucas started once again and registered nine assists and two digs. Meredith improved to 4-3, 3-2 in the USA South. This season, Lucas has started all seven matches for the Avenging Angels. She leads the team with 161 assists and is third on the squad with 51 digs. Meredith travels to Greensboro on Saturday.

Joey Berini: The #8 East Carolina baseball team lost to #24 North Carolina 8-1 on Tuesday night at Boshamer Stadium in Chapel Hill. Berini entered the game in the sixth inning and remained as the shortstop. In his only at-bat, Berini grounded out to second base. The Pirates are now 16-4.

Cooper Porter: Pensacola State defeated Chipola College 8-4 last Thursday. Porter finished 1-for-4 with a run scored. Through nine games with the Pirates, Porter is hitting .167 with one RBI and three stolen bases.

Jaylin Jones: The Division III Pfeiffer University men’s lacrosse team defeated Methodist 18-8 at Lefko Field in Misenheimer on Sunday. It was the Falcons’ fourth straight victory. Jones was credited with a ground ball as Pfeiffer improved to 5-1, 3-0 in the USA South Conference.

Olivia Ward: Ward captured a victory at #3 doubles for the Division III Methodist women’s tennis team on Saturday. Ward, a former All-Big 8 Conference player at Cedar Ridge, teamed with Natalie Collins to defeat Emily Wrenn and Ruth Lechner 8-0 of Sweet Briar in #3 doubles. Sweet Briar wound up winning the match 5-4. It was Ward’s first victory in the college ranks. Earlier in the day, Ward lost in #3 singles to Kate Katany 6-4, 6-3. Methodist is 4-9 overall, 1-0 in the USA South Conference.

Connor Crabtree: Though he hasn’t played since early December, Connor Crabtree will be watching when the University of Richmond competes in the National Invitational Tournament quarterfinals. The Spiders will face Mississippi State on Thursday night. Unfortunately, Crabtree was sidelined for the season with a broken foot before Christmas. In his first season with the Spiders, Crabtree played in four games. On December 22, he scored eight points as the Spiders lost to Hofstra 76-71. Crabtree played a season-high 21 minutes. He also played seven minutes against Loyola-Chicago, whom the Spiders defeated 75-73 on December 18. The Ramblers will face Oregon State on Saturday in the Sweet 16 of the NCAA Tournament.