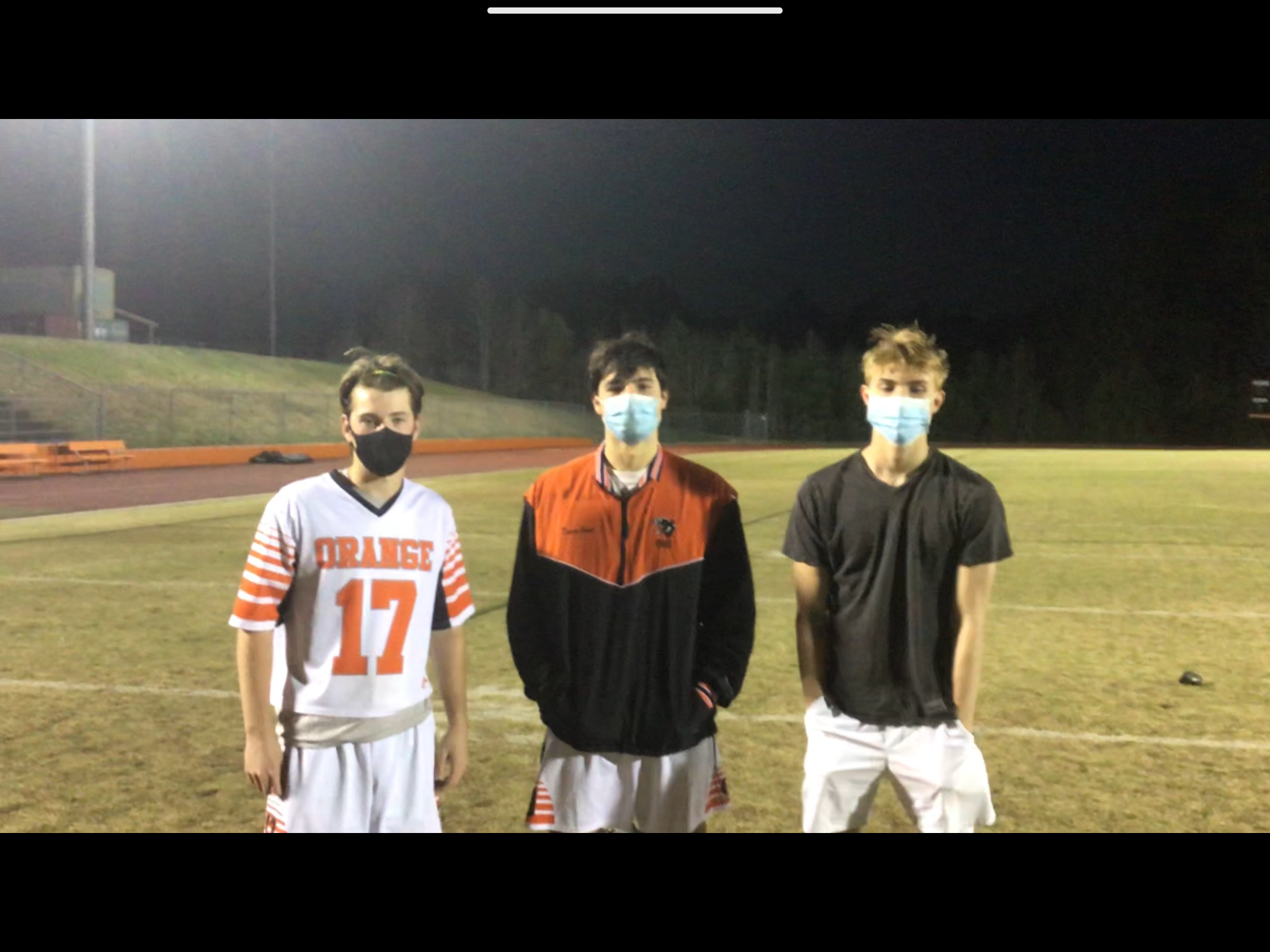 It was the end of the line for Orange lacrosse seniors Leif Mahaney, Duncan Grant and Tristin Watson in the 3A/2A/1A/ State Lacrosse quarterfinals on Monday night. East Chapel Hill scored six unanswered goals to beat the Panthers 15-12 at Auman Stadium. The seniors on Orange’s team can say they did something that no other Panther team had ever done. They reached the state quarterfinals and won a conference championship. Long stick midfielder Duncan Grant scored two goals. Midfielder Leif Mahaney helped sophomore Jake Wimsatt to numerous face off wins in the first half by getting to ground balls. Tristin Watson provided reliable defense. As Orange looks to the future, the class of 2021 will be remembered for laying a foundation that the success of later generations will be built on.