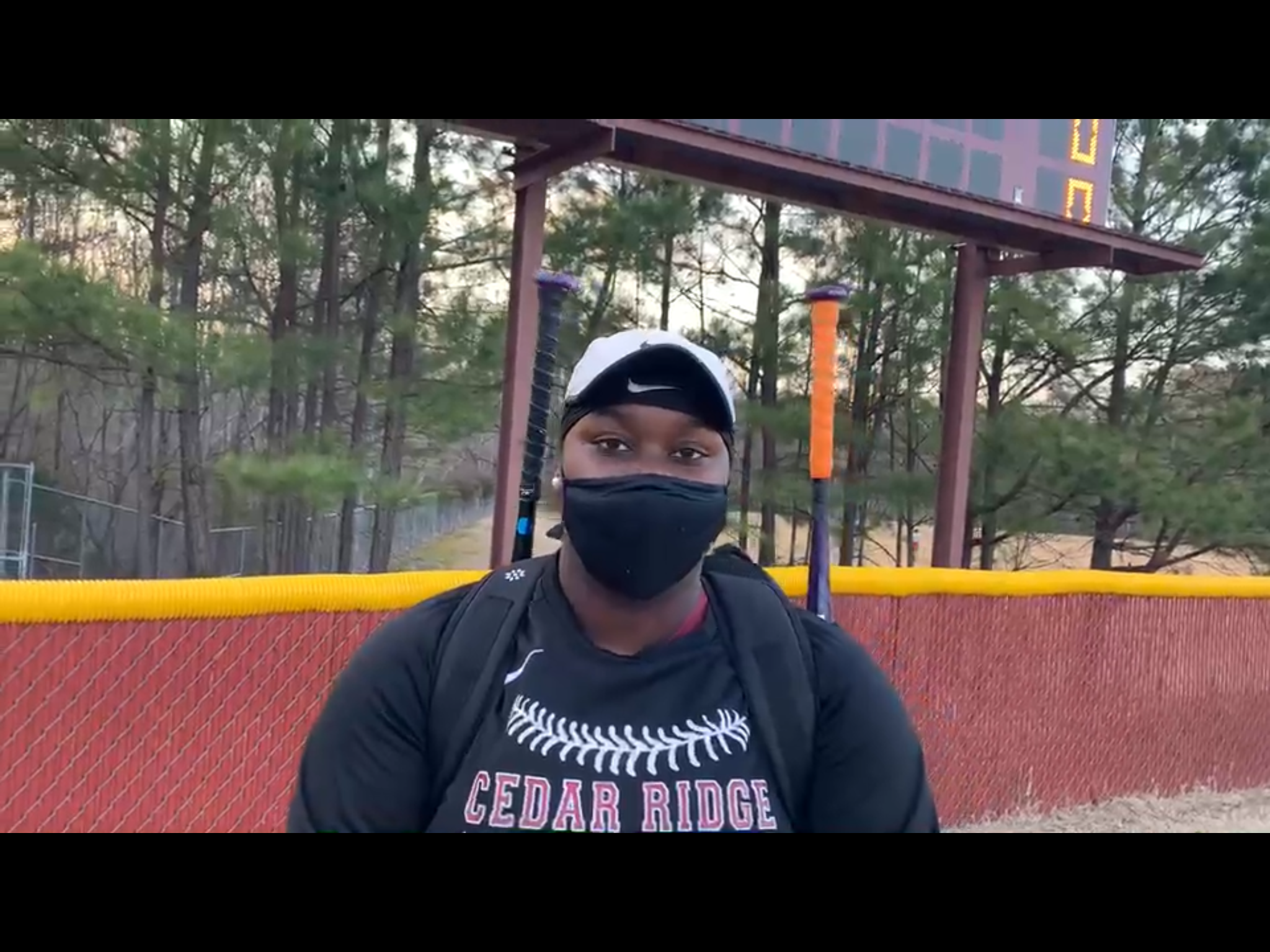 The Cedar RIdge softball team breezed to its first win of the season on Monday. 3rd baseman Takia Nichols, who homered off the scoreboard in the Red Wolves’ home opener last year against West Johnston, drilled a deep drive to dead center for her second dinger off the year against Chapel Hill on Monday. It was Nichols’ 15th career home run, which is believed to be the school record. That’s despite the fact that Takia draws an incredible amount of walks. Cedar Ridge is 1-1 as they travel to Orange on Tuesday. It’s an important game for the Red Wolves, as it always is against its crosstown rival. Only the first meetings will count in the Big 8 Conference standings this year. Last week, Cedar Ridge lost to Northwood, so the matchup against the Lady Panthers takes on increased importance, particularly after Orange opened the season with a victory over East Chapel Hill last week. Nichols continues to add her name to the Cedar Ridge record book, even during a pandemic, which shortened her sophomore season to four games and will limit her junior season, as well Cedar Ridge hosts Northern Durham on Thursday.