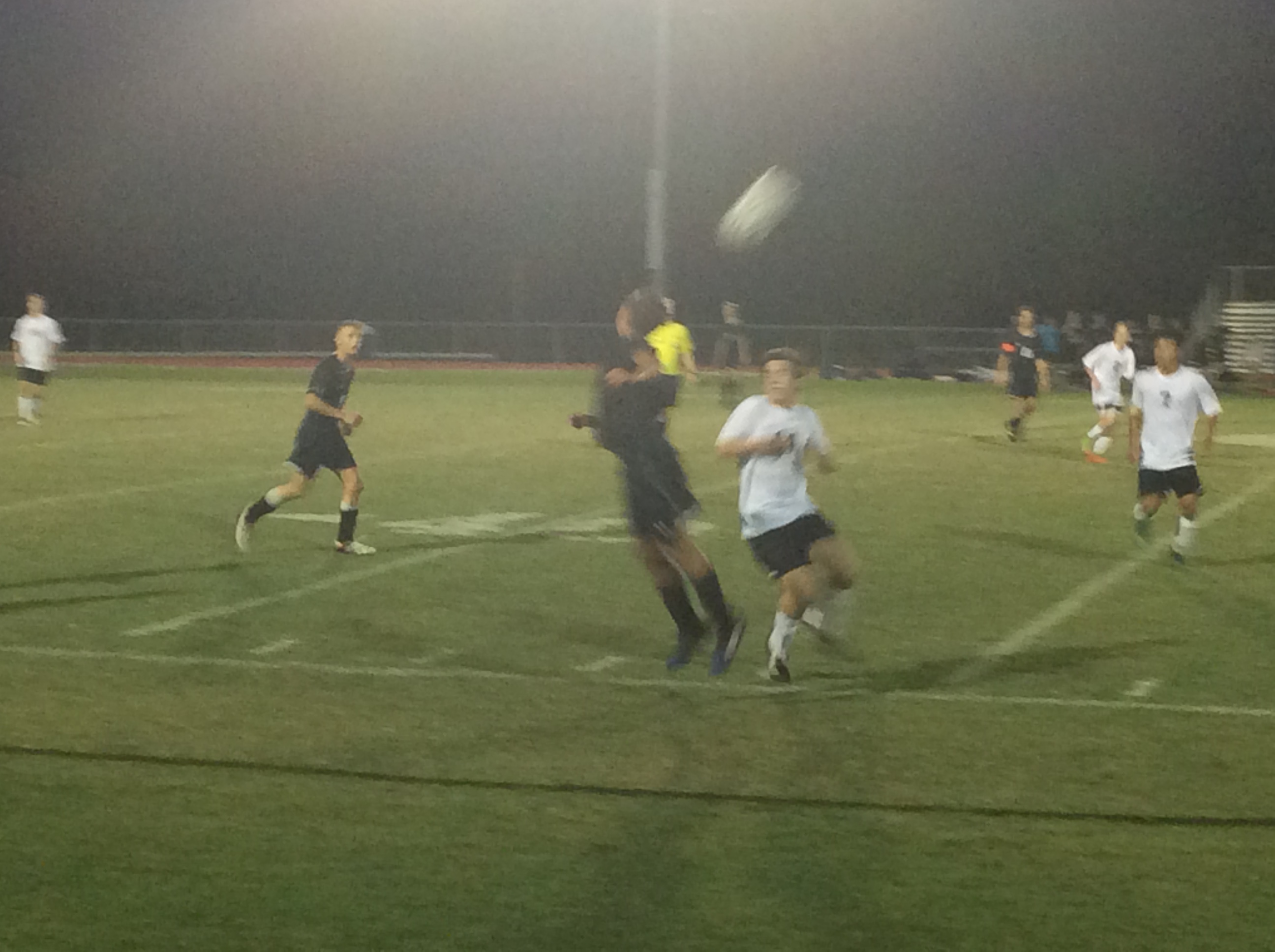 The bleachers at Red Wolves Stadium had almost emptied as Cedar Ridge boys soccer coach Chris Walker finished meeting with the media, then realized something he would have rather not noticed.

“This is the first time I’ve lost to Orange here,” said Walker, looking around the field. “We tied last year here, but we’ve never lost to them.”

During Walker’s five years at Cedar Ridge, the Red Wolves had gone 3-0-1 against the Panthers. What made the difference on Wednesday night was experience. Orange has it right now and Cedar Ridge doesn’t.

Two minutes later, Orange captain Malcolm Phillips added insurance with a free kick goal from just outside the box when Cedar Ridge was called for a handball. Davis ended the scoreline with his eighth goal of the season with 3:19 remaining.

The late Orange goals only partially obscured a solid performance by Cedar Ridge goalkeeper Jesus Yanez, who kept the Red Wolves even with its crosstown rivals a majority of the second half. Yanez made six saves in the 2nd half, including a stone cold robbery of Phillips, who fired a line drive off a rebound from eight yards away with 24:01 remaining.

Remarkably, the senior Yanez is playing his first year at the high school level after several years playing in local recreational leagues.

“I thought he played amazing,” said Walker. “He made one mistake late on the goal on the short side. He has great hands, great movement. If he wasn’t in net, they probably could have mercy ruled us.”

Orange improves to 5-3-2 and keeps hope alive for a winning season, something the Panthers haven’t achieved this decade. In 2015, Orange finished 10-10-2.

“We’re starting to work a lot better as a team, communicating more,” said Orange goalkeeper Noah Miller. “We’re moving off the ball better, making better touches. If we keep doing that every day, we’re going to be a lot better.

Orange junior R.J. Pherribo got the opening goal with 14:37 remaining in the first half off a set up from Drew Jagentenfl. In open field, Victor turned back Pherribo’s first attempt, but the Panther converted the rebound.

Cedar Ridge was held to one shot on net in the first half due to solid play from the Orange backline, led by senior Omar Landeros.

“We started talking more in the second half,” said Landeros. “The balls that they were playing down the middle, we were stepping up towards them. When you’re pressuring the ball like that, there’s no way they’re going to keep possession.”

Trailing 1-0 at the half, Cedar Ridge’s Brandon Garcia got the equalizer off a free kick with 31:36 remaining off a free kick set up off a foul drawn by Tatha Hso 20 yards from the net.

Leading up to his 2nd half goal, Garcia had Cedar Ridge’s best attempts at a goal in the first half. The biggest came with 6:21 remaining when Hso set him up from the edge of the box from 19 yards, but Garcia’s shot lofted over the crossbar and through the football goalposts.

Cedar Ridge falls to 2-7 despite valiant efforts this week against Chapel Hill and Orange. Walker, who had to replace 12 seniors to start this season, feels the best is yet to come.

“I knew coming in that Orange was strong,” said Walker. “We got worn out tonight against a good team. They just kept attacking and we made some mistakes. I think if we stay poised and keep improving in the midfield, we can get better.”

Cedar Ridge travels to Northern Durham on Monday and hosts East Chapel Hill on Wednesday. The Panthers travel to Northwood on Monday before hosting Chapel Hill next Wednesday in a vital match.