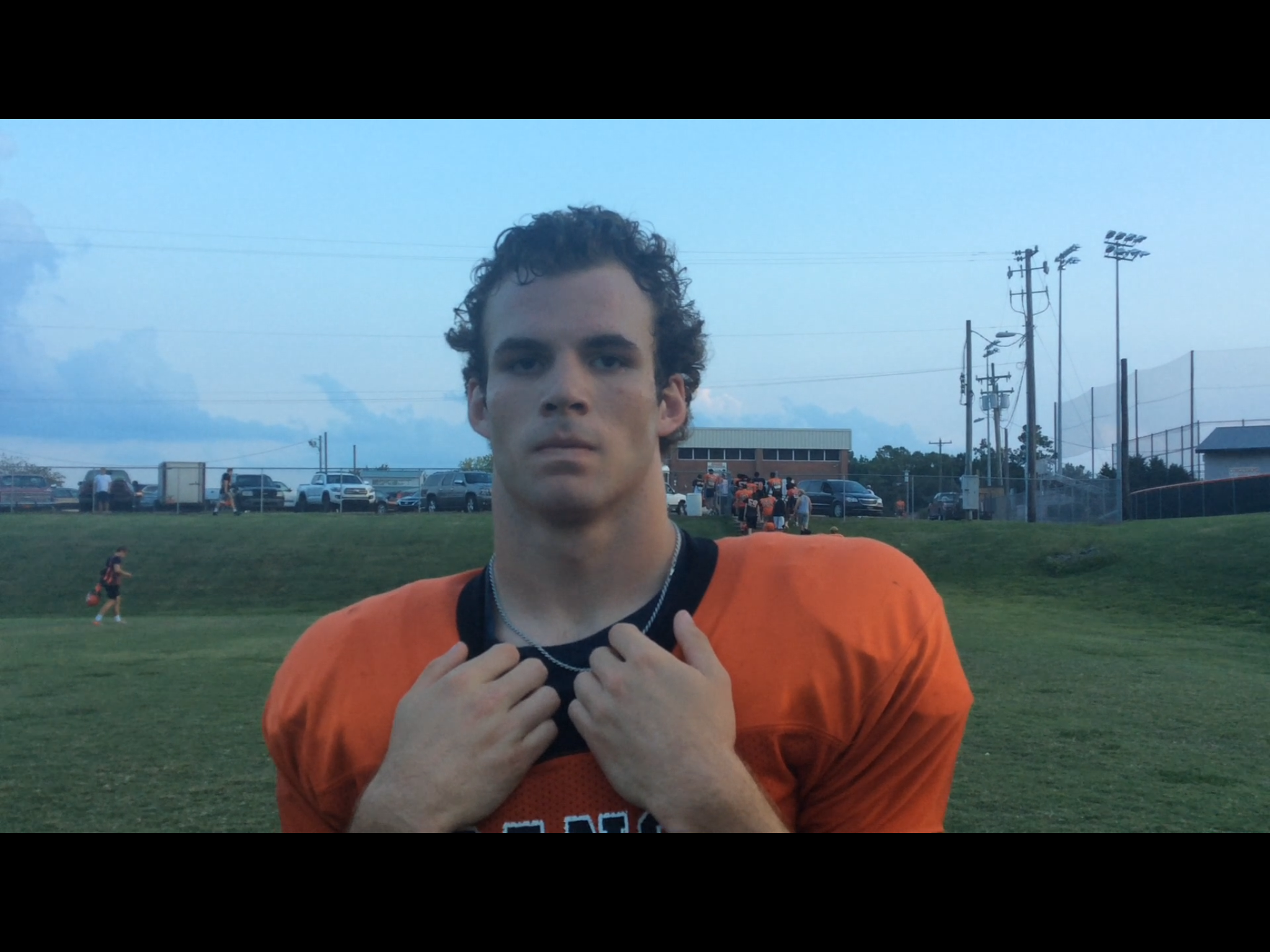 Three weeks into the season, the Orange football team bears little resemblance to its previous two squads that won conference championships, nor should it.

Steve Burdeau arrived from Richmond County in the spring and installed the spread offense just as 2016 starting quarterback Jackson Schmid stepped across the graduation stage at the Smith Center. Rodney Brooks, who has been a safety in 2016 and played quarterback sparingly, won the starting job behind center. But Orange was adjusting away from an offense that barely utilized the quarterback into a system that revolves around one.

The variance has been wide, which was never more apparent on Friday night at Rolesville.

Orange made four turnovers. Smith gave Brooks the hook after his first interception. He returned in the 2nd quarter,  leading a 97-yard drive that ended with a Payton Wilson touchdown catch. The Panthers trailed 7-6 against the 1-2 Rams for most of the half, then scored 22 points in the final 3:19 to stay ahead for good.

The Panthers held on to win 28-21 to improve to 2-1. Orange has now won 18 consecutive regular season road games.

Orange senior running back Marvante Beasley finished with 145 yards on 23 carries. Brooks had a season-high 115 rushing yards and went 11-for-24 for 106 yards passing. Wilson had five receptions for 50 yards and a touchdown.

Junior linebacker Hunter Pettiford led the Panthers with 14 tackles, including two for a loss. Junior Jett Satterfield registered 12 tackles while Noah Rogers finished with 11. Wilson had 10, including an 11-yard interception return for a touchdown. Wilson also had two sacks, while Colin Guentensberger had one.

Orange took a 6-0 lead after Brooks sprinted 64 yards on a 3rd-and-9 for a touchdown with 7:37 remaining in the first quarter, but it disguised a poor overall start. It was Orange’s only first down of the entire quarter. Two series later, Rolesville’s Juliann Stinnett intercepted a Brooks’ pass that was tipped by Wilson at the Orange 13-yard line. Three plays later, Rolesville quarterback Noah Douglas scored on a four-yard touchdown run. Thomas Buckland’s extra point put Rolesville ahead 7-6.

“We were coming off an off-week,” said Smith. “So starting this game as rusty and as poorly as we did was not a huge surprise. We you have a week of practicing at practice speed and you come back to game speed, it’s much, much difference.”

After Rolesville’s Elijah Jeffries intercepted another Brooks pass to start the second quarter, Smith yanked Brooks from the game. Brooks gathered himself and returned later in the quarter to lead, by far and away, the best Orange drive of the season: a 17-play, 97-yard drive. Brooke converted a 3rd-and-seven with a 12-yard run, then threw a 15-yard touchdown pass to Wilson to put Orange ahead for good. Wilson ran in the two-point conversion to put the Panthers up 14-7.

On the next play from scrimmage, Wilson picked off a Douglas pass and walked into the end zone. Meanwhile, the Panther defense took over the game, limiting Rolesville to just seven plays from scrimmage in the second quarter.

Brooks ended the half running a successful two-minute drill for the final touchdown of the game that ended in frantic glory. After Beasley ran 22 yards to bring the Panthers into the red zone, Brooks found wide receiver Milton Purcell on a slant. Beasley was tackled inbounds and lost his shoe. Orange was out of timeouts and the clock was running with under 30 seconds remaining. Purcell ran back to the line of scrimmage, got the play call from Brooks, got his shoe back on, then caught a five-yard pass over the middle for his first touchdown of the season.

“I told the coaches to put somebody else in, but they didn’t see me,” said Purcell. “So I got my shoe back on and did what I had to do.”

Orange cruised along leading 21-7 into the fourth quarter when the Rams made a late comeback. Rolesville faked TWO punts to convert fourth downs. Josh Pullen ran for 17 yards on a 4th-and-four. Later, he threw a 23-yard touchdown pass to Jeffries, who scored his first touchdown of the season.

Rolesville’s Kade West recovered an Orange fumble on the next play from scrimmage, leading to Douglas scoring on a two-yard run with 3:06 remaining. Oddly enough, Rolesville didn’t attempt an onside kick. Morgan Paschall, replacing an injured Beasley, ran for gains of 16 and 22 yards to run out the clock.

Orange travels to Riverside on Friday night. You can hear the game on Hillsboroughsports.com live starting at 6:45.