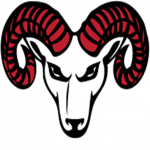 When Orange travels to Rolesville for the first-ever football game between the two teams on Friday night, the Rams will be in a similar position that Orange was in during 2016: playing two games within hours of each other.

Rolesville defeated East Wake on Labor Day 13-8 in Wendell, a game that couldn’t have started much worse for the Rams. On its first possession, the Rams threw an interception returned for a touchdown by Jeremy Ethridge. On its second possession, starting quarterback Rasran Amon was tackled for a safety. In other words, the Rams’ offense gave up minus-8 points on its opening two possessions. Then it nearly got catastrophic when Warriors defensive lineman Jonathan Staten forced a fumble that was scooped up by teammate Xavier Williams, who appeared to be in the clear for a touchdown return, except Williams dropped the ball at the end of a 27-yard return. East Wake drove to the Rolesville 14-yard line, but opted to go for it on 4th-and-9 instead of kicking a 31-yard field goal to predictable results.

Trailing 8-0, Rolesville coach Wilson Helms inserted 6-3 sophomore Noah Douglas at quarterback, and the Rams found rhythm for the first time all year (Rolesville opened the season with losses to Cleveland 58-37 and Clayton 41-6.) The Rams relied on running back Kishawn Bobbit, who started the game as a 3rd-down back, then played more since he was easily the most versatile player in a Rolesville uniform. Bobbit finished with the first 100-yard game of his career.

After Douglas’ insertion into the game, Bobbit had more room to run because Douglas’ ball-handling ability on play action was much sharper. That’s where the game turned around as Rolesville scored 13 unanswered points for its first win of the season.

It doesn’t hurt that the Rolesville offensive line, while not agile, could probably lead the Northern Conference in rebounding. Sophomore left tackle Jonathan Adomo stands 6-4, right tackle Bryant Miller is 6-5 and right guard Josh Seats is 6-2. Nonetheless, East Wake gained pressure on the Rams throughout the game.

Coming off a rugged 26-6 loss to Wilmington Hoggard  (ranked #7 in the Associated Press 4-A polls released Wednesday), Orange finds itself in the unaccustomed position of being outmanned. The Panthers played Rodney Brooks, Payton Wilson, Marvante Beasley, Noah Rogers, Hunter Pettiford and Milton Purcell on offense and defense on a roster that isn’t as deep as years past. Coach Van Smith blames the problem on a junior class that’s smaller than other grades, but it could pose a problem against a 4-A Rolesville team that lists 95 players on its roster (Orange has 48). Another 4-A team in Riverside is awaiting Orange next week.

For years, Orange players privately wondered how playing a stiff nonconference test in August would make them better. Now, after suffering its earliest regular season loss since 2012, Orange will finally find out, albeit after a week off to heal the bruises after a physical game where several players rarely got a play off.

Offensively, the question for Orange is can they find another playmaker outside of Wilson and Beasley? Wilson was held to four touches against Hoggard, who did everything in its power (and succeeded) to keep the All-State candidate from beating them. Orange had only five passing yards against the Vikings. They had zero in the 2nd half at a time when the Panthers were desperate to throw the ball since they were trailing the entire way.

While lacking the solid pass rush of years past (so far), Orange is still solid up front. Overall, Orange has the better athletes who are used to playing on a big stage for conference championships. It will be interesting to watch how the Panthers deal with early adversity after the last four Orange squads started 4-0.