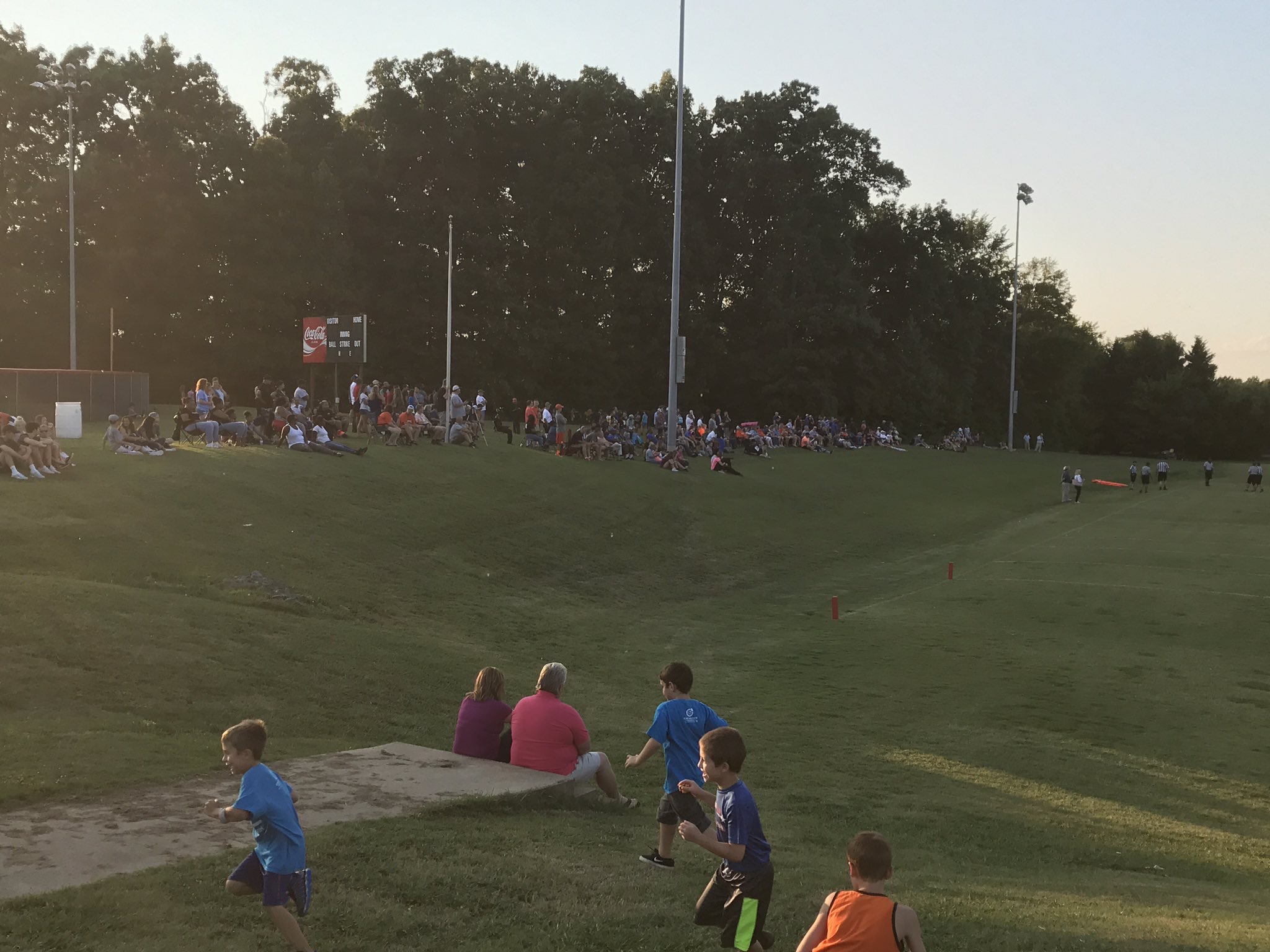 For the many that gathered at Orange Football practice field on Wednesday night for the Panthers’ first football scrimmage of 2017, they may not have recognized the team that ended last season in the 2nd round of the state playoffs against Havelock.

Former head coach Pat Moser was probably at a pond somewhere in Graham fishing. The double wing offense, which had been synonymous with Orange football in 1998, was nowhere to be found. Stone Edwards, a stalwart on the defensive line for the past three years, was in Nashville preparing for his freshman season at Vanderbilt. Last year’s starting quarterback, Jackson Schmid, now hangs his hat at Division III Wheaton College in Illinois.

What was remaining has been well documented. Payton Wilson, the #2 outside linebacker in the country who committed to UNC in May, received snaps at quarterback and wide receiver on offense. Marvante Beasley, who rushed for 1,040 yards in 2016, fresh off a summer of training camp visits to schools like Virginia Tech and Appalachian State. Defensive end Ryan Sellers, who led a powerful Orange defense that yielded just three touchdowns in the 2016 regular season, anchoring the defensive line with Noah Rogers and Daylan Alston.

In a 140-play scrimmage, Orange out scored South Granville 6 touchdowns to 3. Each team had 15 offensive plays. Orange scored twice on each of its first two possessions. Senior Brandon Huss started at quarterback, alternating with Rodney Brooks throughout the scrimmage. Huss scored the opening touchdown on a 3-yard run, which was set up after a long catch-and-run by wide receiver Eryk Mercado.

Later on the same drive, Brooks was inserted at quarterback and threw to Hunter Pettiford to move into Viking territory. Beasley scored on a 33-yard run on the next play.

South Granville, running a triple option attack, scored on its opening possession. They also scored on an interception return for a TD.

Orange will return to action at Auman Stadium on Friday night at 7:00 against traditional scrimmage opponent Eastern Alamance. Next Friday, the Panthers travel to Rocky Mount to face Northern Nash for the season opener, which you can hear on HillsboroughSports.com starting at 6:45.