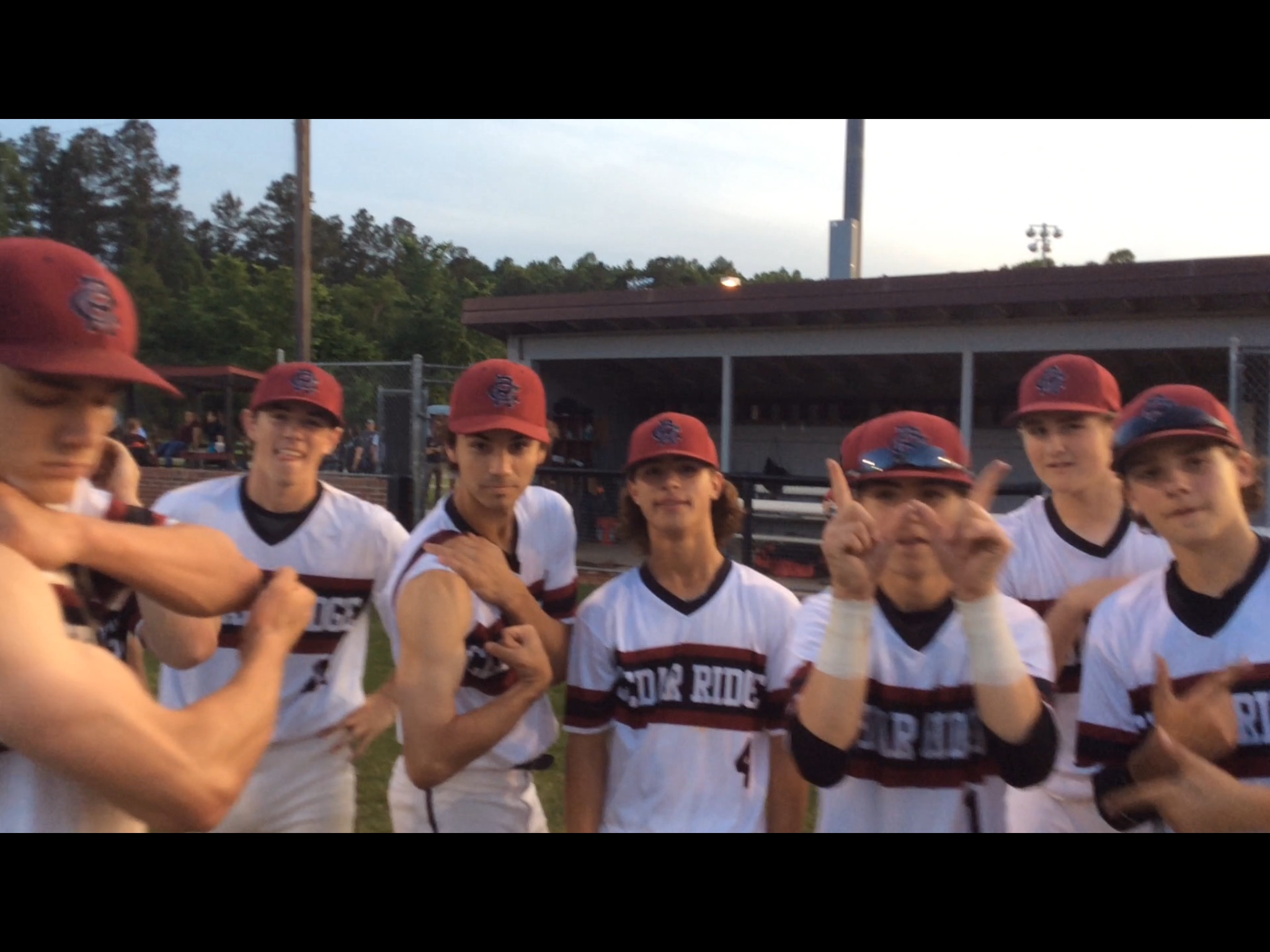 How much good news was there for Cedar Ridge baseball on Wednesday night?

For starters, they won their first state playoff game ever as a 3A school,  beating Nash Central 4-1 at Red Wolves Field in Hillsborough in the first round of the North Carolina High School Athletic Association Playoffs. It was their first overall playoff victory since the 2007 2A state playoffs, when they advanced all the way to the fourth round, losing to eventual Eastern Regional Champion North Lenior.

On top of that, the Red Wolves (17-6) will host Saturday’s second round game. Eastern Alamance, a 31st seed with an 11-14 record, stunned Coastal Conference Champion West Cartaret in Morehead City 11-8. West Cartaret became the highest seeded team to lose in the first round of the 3A playoffs.

Just as he did when he threw a one-hitter against Orange last Wednesday, sophomore pitcher Phil Berger kept Nash Central’s batters off balance. He gave up only three hits, just one in the final five innings.

The Red Wolves scored all four of its runs in the bottom of the third, starting with freshman third baseman Matthew Kahn grinding out an eight-pitch at-bat that ended with a single to left. After Jake DeFranco walked, senior Brandon Andrews hit a hard grounder up the middle to score Kahn and give Cedar Ridge a 1-0 lead It was the second of Andrews’ three hits on the night.

With the Bulldogs’ infield playing in, sophomore Dante DeFranco sent a liner off the shortstop Drifton Padgett’s glove, which scored Jake DeFranco. Andrews moved over the third, but Dante DeFranco was thrown out trying to advance to second. After Chnupa was hit by a pitch, junior Chris Cox lined a two-run single to centerfield for his 21st and 22nd RBIs of the year.

Berger finished with his third complete game in his last four outings, striking out five, surrending only three hits and one earned run in the seventh. He improved to 8-2.

Nash Central, who finished tied for fourth in the Big East Conference, ends the season 15-11.