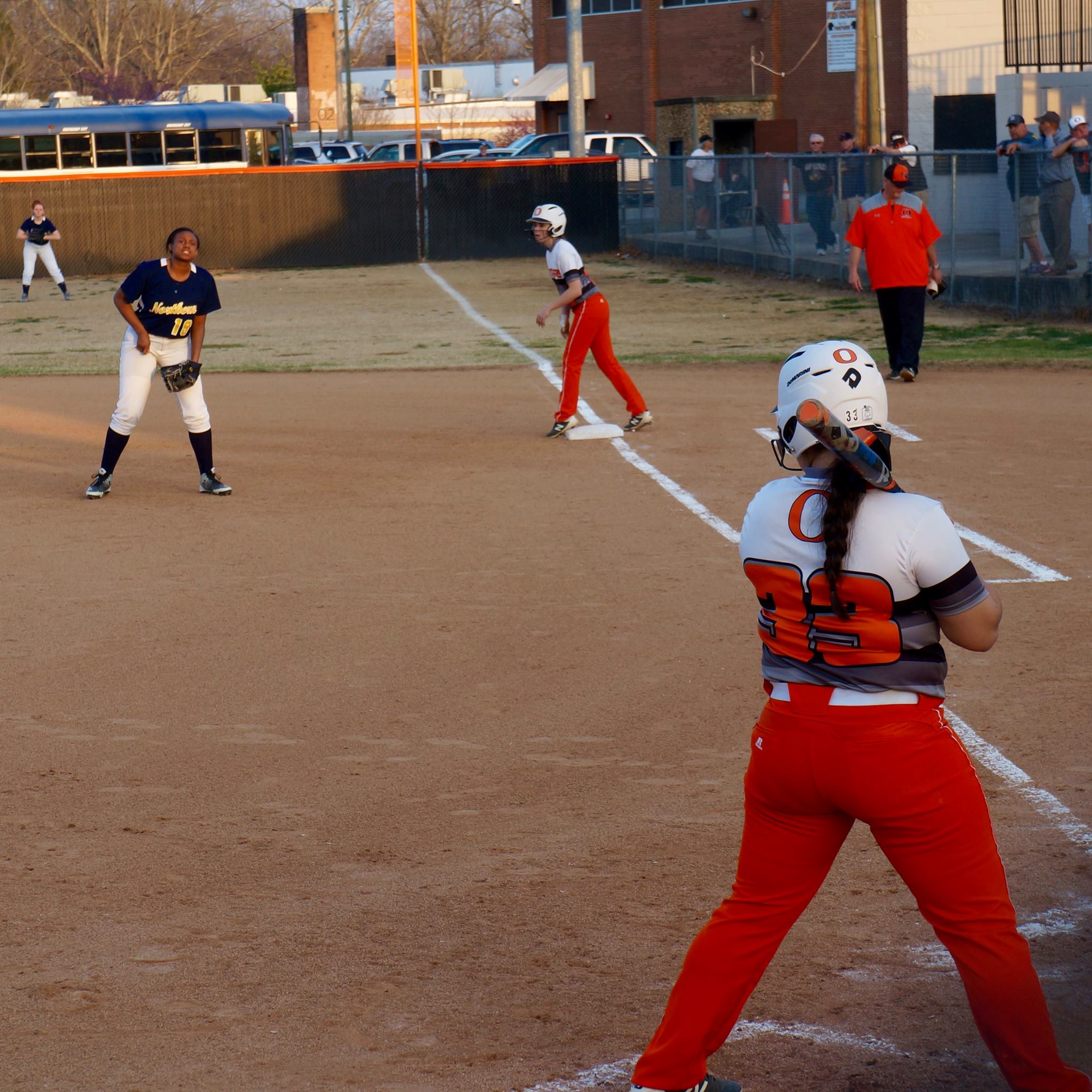 Usually it doesn’t take an official scorer to determine if someone hits a home run. The ball either goes over the fence or it doesn’t.

However, Mia Davidson provided the only drama in Orange’s 21-0 win over Northern Vance in the first inning as to whether her first at-bat of the game would be scored an inside-the-park home run.

Orange (5-0, 1-0 in the Big 8) won its conference opener in only two-and-a-half innings, scoring nine in the first and eleven in the second. Freshman first baseman Jayden Hurdle went 2-for-2 with four RBIs and two runs scored. Hurdle is now hitting .611 with 12 RBIs. She also pitched all three innings, earning her first varsity win.

Sophomore Hayley Funk went 3-for-3 with two runs scored and an RBI. Senior Kristina Givens singled in both of her at-bats, improving her average to .600.

It was Orange’s 2nd win in two days. On Monday, they defeated East Chapel Hill 8-3. The Panthers travel to Northern Vance on Friday to finish the two-game series.