A Farewell to a King 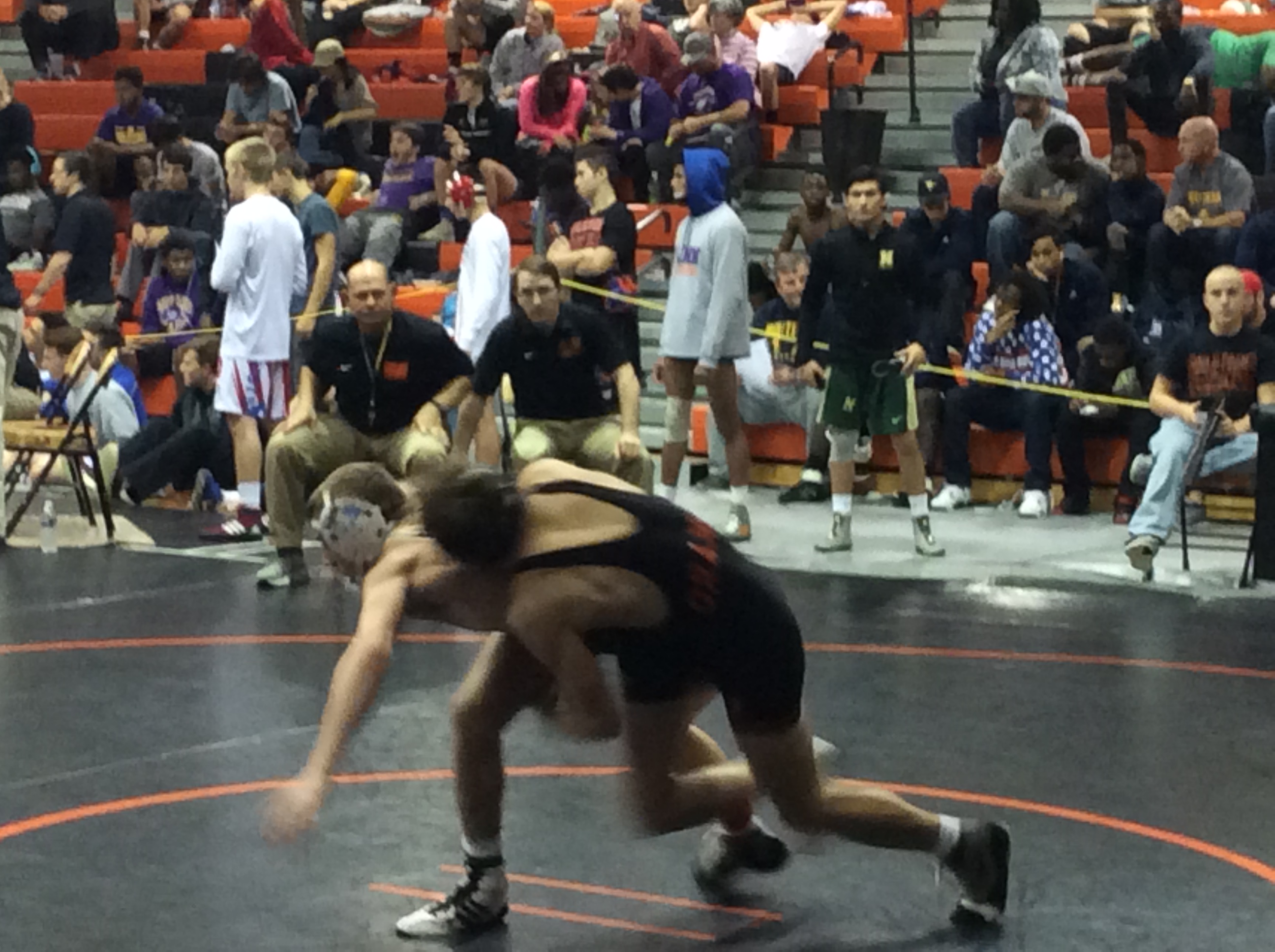 James 1:27: to look after orphans and widows in their distress and to keep oneself from being polluted by the world.

That’s the verse that made Orange Wrestling a brand name. Not the wins, not the state championship banners, not the things that are measured on a scoreboard.

Those can all been seen by the naked eye. What made Bobby Shriner a coaching legend were the things that couldn’t be seen.

It went on in the privacy of his home in Schley, a community along Highway 57 in northern Orange County. In his early days as Orange coach in the early 90s, Shriner would take at-risk youth without father figures and have them live with him. The afternoons would be spent at wrestling practice. The evenings would end with Bible readings and dinner with his wife, Cindy (none of their five children were born yet). One student lived with Shriner for four years. Instead of wandering the streets of the rougher areas of Hillsborough, Coach Shriner set a path for them to follow.

Several of those understudies never forgot.Years later, after they had grown into men, some of them have served as voluntary assistants under Coach Shriner. For every match, they’re all adorned with a white dress shirt, orange tie and baige pants, identical to the man who took a risk on them long before the championships started rolling in.

He was coaching. In the purest way.

“Cindy has always been open to that,” said Shriner. “If you can help someone out that way, it means a lot. That’s what’s wrong with our society. Kids don’t have dads. A lot of young girls don’t have dads. That leads to chaos.”

During lunch on Wednesday afternoon, Shriner gathered his team into Mr. Moore’s office beside the weight room to tell his wrestlers that he was retiring at the end of the academic year.

The shock of the announcement sent ripples throughout the classroom. Many had tears in their eyes, as did Shriner and longtime assistant Spencer Poteat. Orange Principal Eric Yarbrough and Athletic Director Mark McCauley were also in attendance.

It was a whirlwind day. Hours after announcing the most emotional decision of his life, Shriner was at Raleigh-Durham International Airport ready to fly to St. Louis. The NCAA Division I Wrestling National Championships start Friday, which Shriner attends annually with the Fellowship of Christian Athletes Ministry, of which he serves on the national board.

By chance, while he was at the ticket counter, he ran into Stu Koman, whose son wrestled at Jordan. By then, word of Shriner’s retirement had spread quickly, and Koman hugged the coach of a former conference rival.

Shriner made the decision to retire at the beginning of the year, but kept it closely guarded. He didn’t even tell his team at the season-ending banquet on March 4.

“It’s been on my mind the last couple of years,” said Shriner. “You get older. It gets tougher pushing guys. Wrestling is a physical sport and so it gets tougher. I didn’t say anything to the kids because it’s not about me. It’s about the kids.”

An ACC Champion at 195 pounds with UNC in 1983 and 1984, Shriner was an All-American with the Tar Heels his senior year. He served one season as the head coach at Chapel Hill High, then moved to Orange in 1990, where he also served as an football assistant under then-head coach Greg Gentry.

His older daughter, Madison, is a flight attendant in Newark, New Jersey. Michaela is at N.C. State studying to become a veterinarian.  His youngest daughter Mileah will graduate from Orange in June after serving as manager for the wrestling team for four years. She’s expected to attend Appalachian State or N.C. State next fall.

It’s poetic that Shriner’s final season at Orange included so many milestones, both planned and otherwise. In the season-opening quad meet on November 21, Orange wrestled Sanderson, coach by Shriner’s son Nicholas.

In December, Shriner got to go home again. Orange traveled for a tournament at Roselle Park, New Jersey, where Shriner was a three-sport athlete in football, wrestling and baseball in the late 70s.

After earning his 9th regional championship by beating Gray’s Creek on February 2, one last state dual championship would have been the storybook ending. But life is no storybook, though Orange was only one takedown away from securing it. Leading 27-17 with four matches remaining, Piedmont rallied to defeat Orange 29-27.

Afterwards, several reporters walking over to interview Shriner nearly tripped over Pam Hawkins, the wife of asssistant Randy Hawkins. She was on the floor embracing several inconsolable wrestlers, all of them shielding their tears on her sweatshirt.

While Shriner is too religious to be a poker player, he did tip his hand about his future during an subsequent interview. When a writer brought up Orange has three seniors next season, Shriner said, “You never know what can happen from one year to the next. You just hope for the best.”

Shriner is almost universally lauded among rivals and cohorts alike, which made his final competition one week later so ironic. With Payton Wilson going for the 220 state championship at the Greensboro Coliseum, he led Dan Louba of Hickory Ridge 4-3 in the final second of the third period. Louba shot in for a takedown as the clock expired. The referees ruled he scored the takedown before the final buzzer, momentarily giving Louba a 5-4 win for the state championship. And the first person to beat Wilson all year.

In a scene eerily similar to the Dusty Rhodes finishes in the Greensboro Coliseum during the mid-1980s, Louba began celebrating with his coaches. Meanwhile, Shriner appealed to the tournament director. Even though there were two referees, neither of them watched the clock as it ran out. The mat maids from Eden Morehead High (which, in another irony, has been Orange’s biggest rival in recent years) said the clock had expired before Louba scored the takedown.

They were booed out of the building.

“Now I know what it’s like to be the bad guy,” said Shriner.

Now, Shriner will have more time to devote to his children, to the FCA, and to trying to grow the sport of wrestling. He’s been outspoken about the lack of middle school wrestling programs across the Triangle, namely in Raleigh.

His 24 state champions, nine regional titles and ten state championships (five dual and five in the individual tournament) will be what puts him in the NCHSAA Hall of Fame.

Looking after orphans in distress will be his legacy.