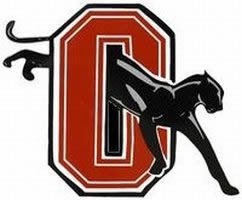 It took a week longer than she would have liked, but Jacki Mignosa has earned her first win as the Orange girls soccer coach.

On Monday night, the Panthers blanked Riverside 5-0 at Panther Soccer Pitch behind two goals from Becca Shinnick. Kayla Hodges opened the scoring just a minute into the game. Shinnick added an assist.

Kerissa Lane and Leila Andrews also scored for the Panthers, who improved to 1-2. Natalie Chandler notched an assist, as well.

In the opening week of the season, Northern Guilford defeated the Panthers 3-0 in Greensboro. Last Friday, Burlington Williams defeated Orange 3-1.

The Lady Panthers went 13-10 last season, reaching the 2nd round of the playoffs after a thrilling 5-4 double overtime victory over Southern Lee in Sanford. They finished 3rd in the Big 8 Conference with an 8-4 record, behind regular season champion Chapel Hill and Northwood.

Orange returns to action on Monday night for its Big 8 opener against Northern Vance at 6 PM.