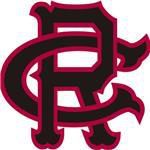 In August, the Cedar Ridge girls tennis team wasted no time in laying notice to the rest of the Big 8 Conference that they would be a force to be reckoned with. They wound up winning the first conference championship in school history.

While it’s too early to say the Cedar Ridge boys tennis team has served a similar wake up call, they certainly looked dominant in its conference opener. Against its crosstown rival, no less.

Phares & Gardner teamed in doubles to win 8-0 to ensure the victory, improving Cedar Ridge’s record to 3-0. The Red Wolves opened the season with a 7-2  victory over Eastern Alamance, then swept Durham School of the Arts 9-0.

On Wednesday, Eastern Alamance travels to Hillsborough to face the Red Wolves.