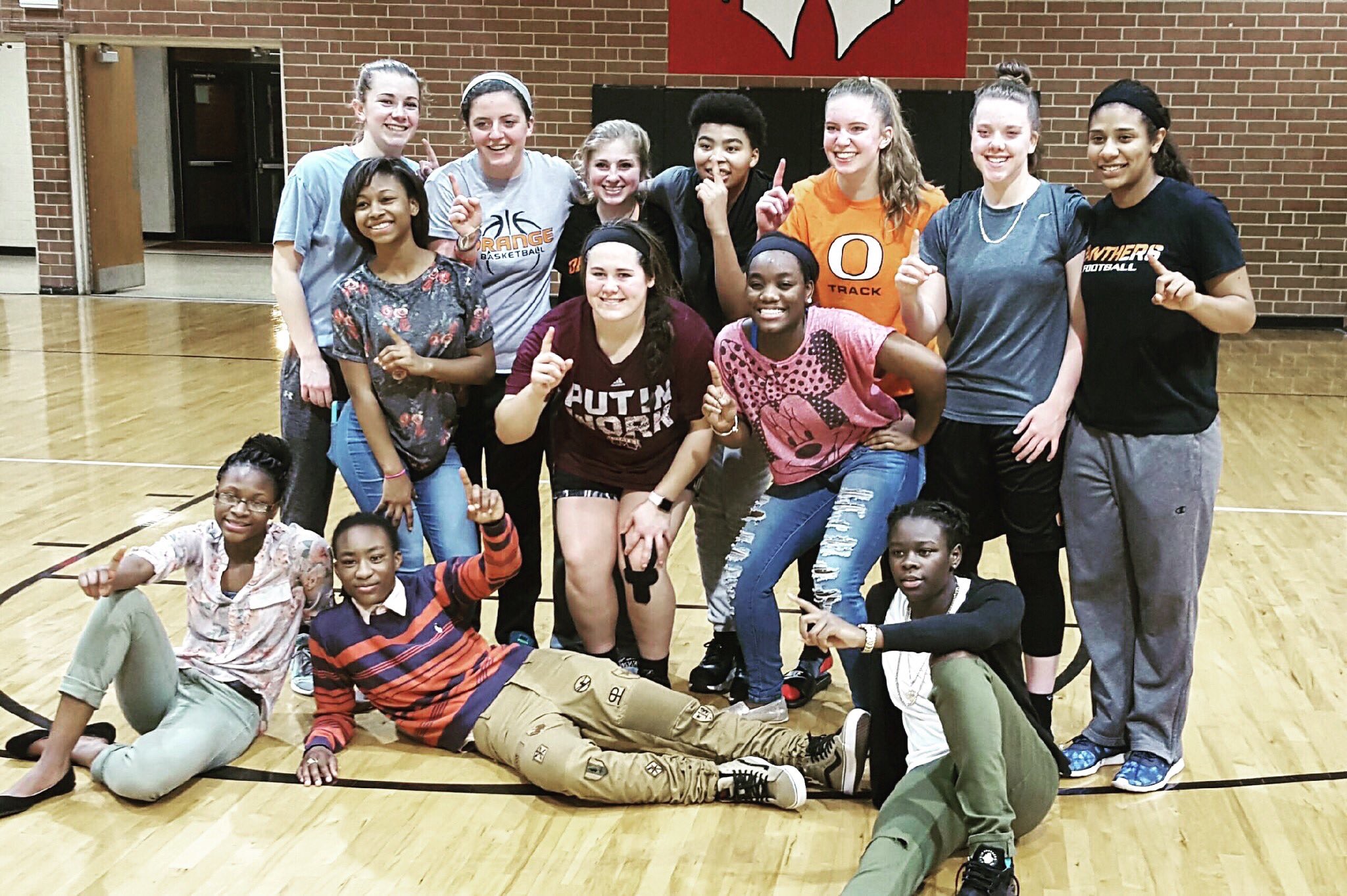 You would think that winning your first 22 games of the season and sweeping the regular season and postseason championship in the Big 8 Conference would lead to a favorable state playoff draw for the Orange girls basketball team.

Apparently, you would be wrong.

The Lady Panthers wound up with the #2 Mideast seed once the bracket was finally released on Sunday afternoon. Orange will host 10-10 West Brunswick of the Mideastern 4A/3A Conference on Tuesday night in Hillsborough. The Trojans finished fifth in the Mideastern this season with a 4-8 record. Of West Brunswick’s 10 wins, three came against teams with winning records. Their biggest win of the season was on January 9, when they defeated Topsail 34-30. Topsail would go on to finish third in the Mideastern, the highest among 3-A teams (New Hanover and Hoggard, both 4-A squads, finished first and second, respectively).

The potential 2nd round is where the rub comes in. If Orange advances, they host Havelock or Southern Guilford. Havelock is 22-3 and tied for the Coastal Conference championship with Jacksonville, the #1 seed for the East. The Rams split the season series with Jacksonville, taking the opener 66-56 on January 13. The Cardinals came back to win 60-59 on February 7, and defeated Havelock again in the Coastal Conference tournament championship game 58-53.

In other words, Havelock was one point away from earning the top seed in the east, and 2nd seed overall. Last week’s loss put them as a 12-seed.

The game time for Orange-West Brunswick will be announced on Monday afternoon.

The Cedar Ridge Lady Red Wolves are also headed to the state playoffs. CRHS will travel to Clayton to face the Cleveland Rams on Tuesday. Cedar Ridge (13-13) advanced to the semifinals of the Big 8 Tournament last week, beating J.F. Webb 50-43 behind 25 points from Carrie Davis. Madison Wardlow added ten.

Before Christmas, Cedar Ridge won six of seven, including conference wins over Chapel Hill and Northern Vance. A 45-43 win over Webb on February 3 proved pivotal in making the postseason.

Davis, a senior, leads the team in scoring with 16.3 points per game.

The Big 8 will be well represented when the state playoffs begin on Tuesday. Conference rivals Northwood and J.F. Webb will meet in Pittsboro. Plus, Jacksonville will host Southern Durham, which was among the final teams to make the tournament.