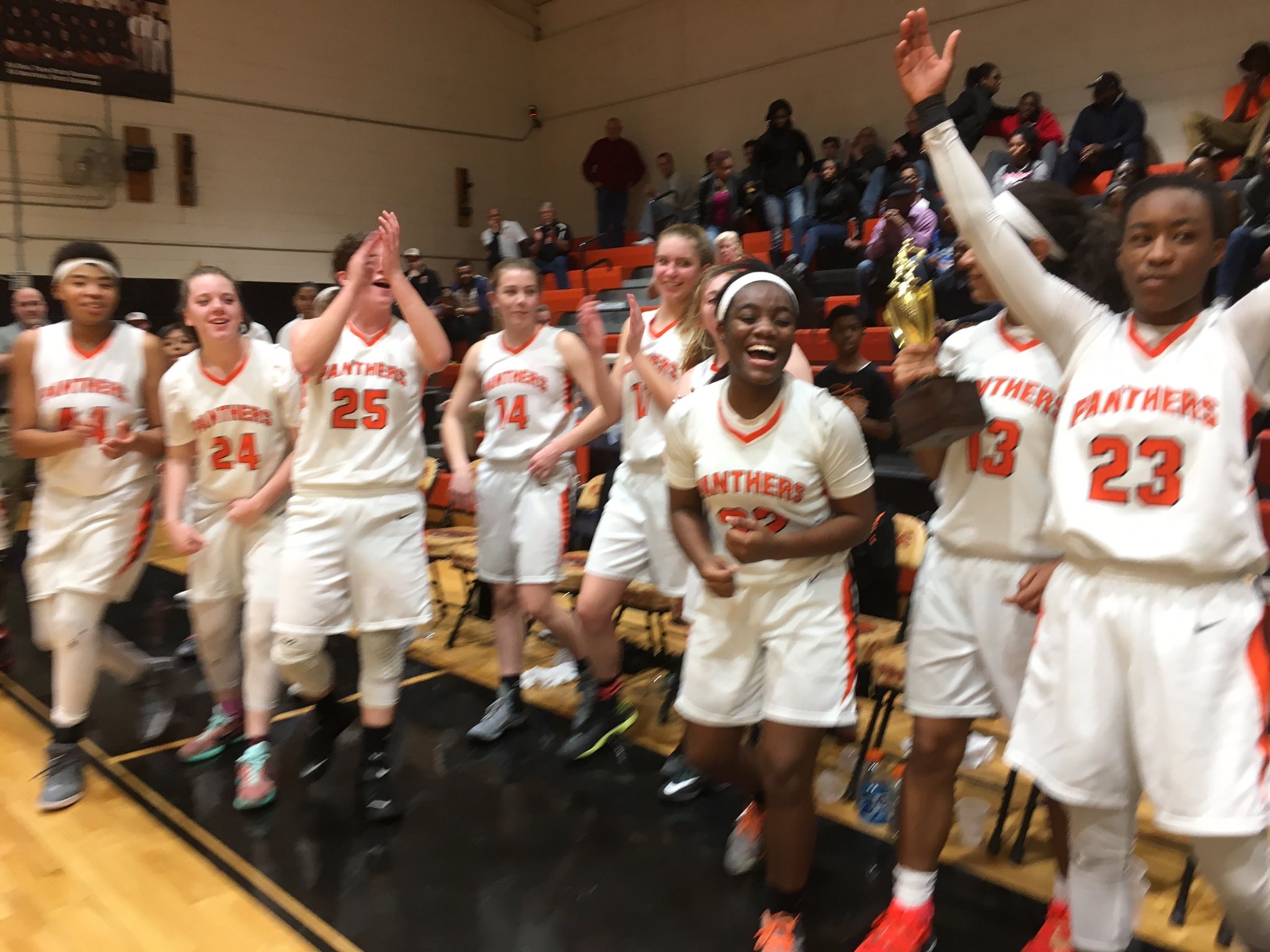 When B.J. Condron took over the Orange girls basketball team, they went 2-24 his first season.

Many of Condron’s freshmen on that team are seniors now. Eight of them play regularly in his ten-lady rotation, and they did something on Friday night that hasn’t been accomplished at Orange since Limp Bizkit was fashionable.

The Panthers defeated Northwood 58-34 at Jim King Gymnasium for the Big 8 Tournament Championship. Kaylen Campbell scored 23 points to lead the Panthers, who will earn the #1 seed for the Mideast in the 3A State Tournament.

Campbell scored 12 points in the second half, eight in the fourth quarter when Orange outscored Northwood 21-6.

“She found a way to drive to the basket,” said Condron. “She found some holes in their defense and did a good job finishing.”

The Panthers are 24-1 and avenged its only loss of the season.

Two weeks ago, Northwood defeated Orange 63-60 by shooting 47% from the field. On Friday, the Chargers shot only 26% and we held to six points in the decisive fourth quarter.

Jazlyn Watson finished with 12 points, including a critical three-pointer in the third quarter. Mia Davidson registered ten points and added on to her unofficial league lead of creating 50-50 balls by deflecting them from opponents after rebounds.

“I think the odds improve to 90% in her favor,” said Condron. “She’s gonna get it. We understand softball is her sport, but she’s a good enough sport to dedicate her heart to both.”

Orange struggled out of the gates, failing to score in the first 4:06. Northwood led 6-0 before Campbell scored on an acrobatic lay-in while being knocked to the floor by Chandler Adams. Davidson scored Orange’s final four points of the stanza, but Northwood led 10-7.

Orange held Northwood to one field goal in the second quarter, while Campbell scored six points in the frame while Watson added five to give the Panthers a 19-14 halftime lead.

Orange outscored Northwood 22-6 in the fourth quarter, including seven points from Lauren Cates, who canned a key three-pointer in the early minutes of the final stanza.

“It’s only a matter of when with Lauren,” said Condron. “She’s gonna hit her shot. I was impressed with her defense. That’s an area where she struggles sometimes.”

For good measure, senior Adalyn Fleming banked in a three-pointer for the game’s final basket.

The last time Orange won a conference tournament in girls basketball is believe to have been 1997.

The Lady Panthers will return to action to host the opening round of the 3A state playoffs on Tuesday night. It will be the first game of a doubleheader, leading up to a boys state playoff game. Time and opponent will be determined on Saturday.