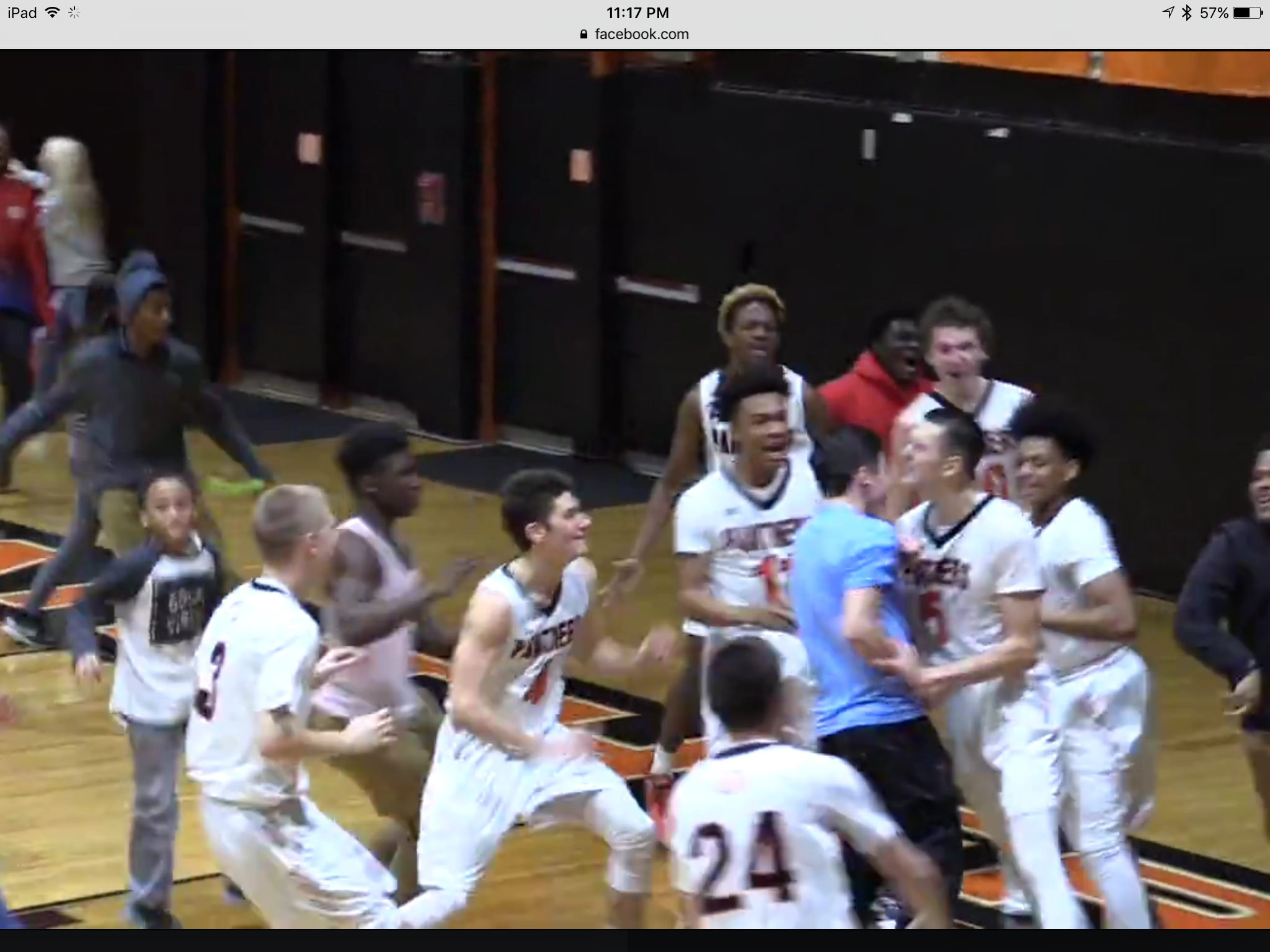 As the balance of the Big 8 regular season plays out over the next two weeks, Connor Crabtree’s game-winning shot against Southern Durham on Friday night won’t be forgotten anytime soon for anyone who watched it (be it inside Jim King Gymnasium or on social media.)

The Orange-Southern rivalry has had several classic moments in recent years, and Crabtree’s was just the latest.

“All we set up was a screen at the top of the key,” said Crabtree, who finished with 32 points. “I didn’t have much space to work with, but the shot went in. I’ll take that any day.”

Yet as soon as Orange, (15-4, 7-0 in the Big 8) won its 1tth consecutive game against the Spartans, their fourth game in six days, they had to focus on yet another game where first place may be on the line.

Chapel Hill, 7-1  will host Orange on Tuesday night. But first, the Tigers travel to Southern Durham tonight, and they face the Spartans again next Tuesday, February 7th.

For the second straight week, Orange will play three games in four days. Following a road trip to Chapel Hill on Tuesday, the Panthers host Northern Vance on Wednesday, then travel to Northwood on Friday. If Orange beats Chapel Hill, they will simply need one more win to capture the Big 8 regular season championship.

The Big 8 Boys Basketball Tournament begins February 13th. If Orange takes the number one seed, they receive a bye to the semfinals. The championship will be on February 17th at a location to be determined.

Crabtree’s lay-in with :03 remaining gave Orange an 80-79 victory over Southern, triggering a celebration where members of the Motley’s Crew student section rushed the floor. Moments earlier, Southern’s Tyriq Burris missed a free-throw, but center Rashad Dixon rebounded the miss and floated a stickback that bounced on the rim twice before dropping through to put Southern ahead 79-78.

The Spartans roared back from 13 points down in the second half to take the lead. The turning point came after Crabtree scored on a steal and lay-in to put Orange ahead 61-48. After Rashad Dixon scored on a stickback, Mitch Portman was called for a reach-in on Southern’s Antonio Daye, his fourth foul with 3:43 remaining in the third quarter. Portman was immediately hit with a technical foul and fouled out.

Not only did Orange lose Portman’s frequent scoring, but Orange lost a second quality ball handler against Southern’s suffocating full-court pressure. Within a minute, Daye and Brown hit three-pointers to put Southern within six points.

Crabtree had to handle the ball the rest of the way, but the grind of playing four games in six days and the vehement Southern pressure took its toll on Orange’s leading scorer.

“That was huge,” said Crabtree. “I definitely got tired. My legs were dead. I’m tired right now. They played good defense.

Orange pushed out to a double digit lead behind the hot shooting of center Logan Vosburg, who hit four three-pointers in the first half.

“My shooting is there right now,” said Vosburg. “I worked on developing my shot last summer.