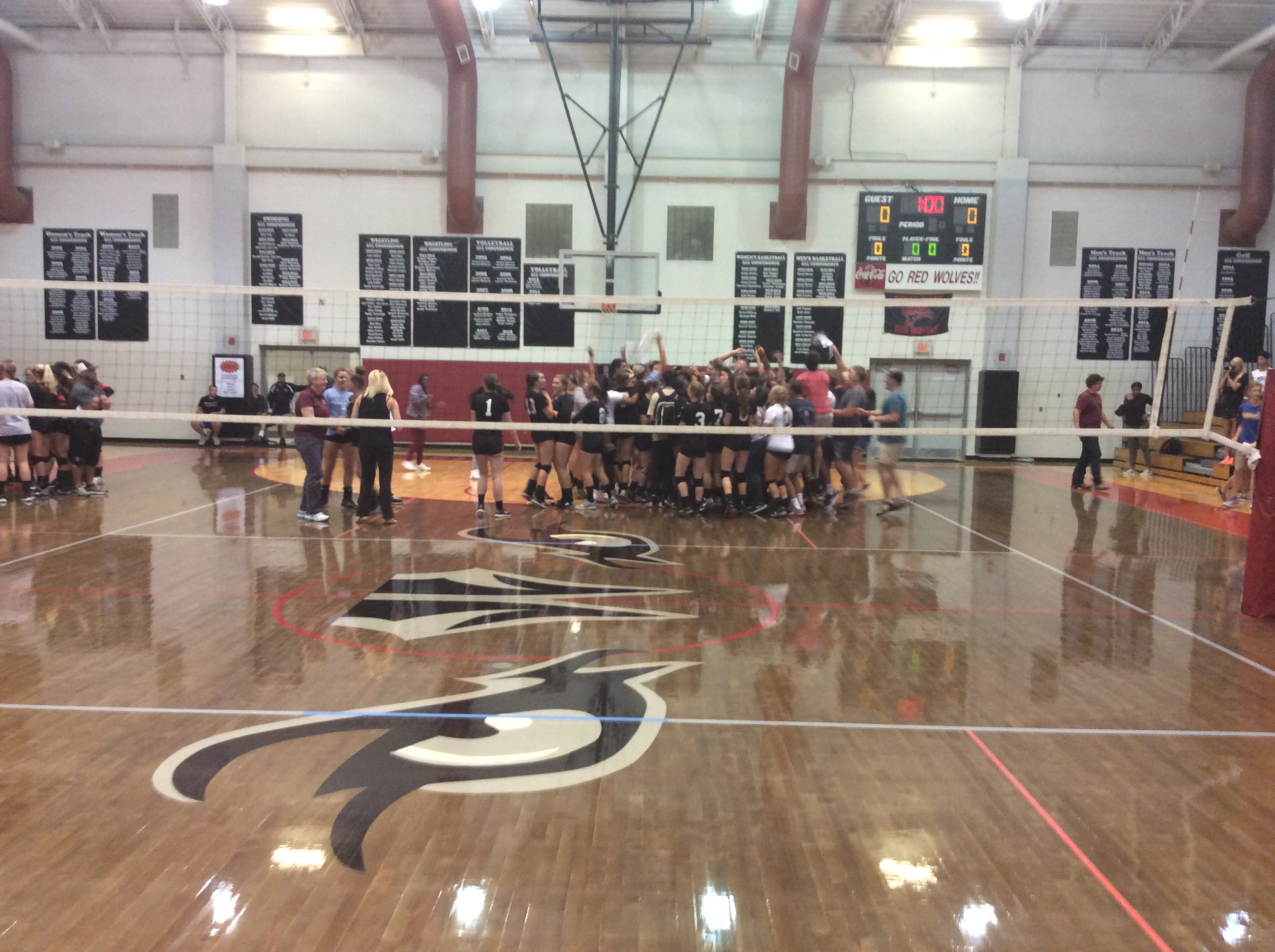 For a team that was two sets away from playing for the 3A state championship last season, 2016 hasn’t started the way Cedar Ridge expected.

After going 24-4, the Red Wolves had a rough summer. Coach Charlie Oakley resigned after getting married. Seniors Asha Barnes and Courtney Eckmann graduated. There were other vital parts to last year’s team that were expected back, but opted not to play this season.

That led to a predictable difficult start against the rigorous competition in Orange County, namely 2A state title contender Carrboro, who has demolished everything in its path so far, even periennial power Cardinal Gibbons.

After an 1-6 start, the Red Wolves needed something big in its conference opener. And they got it from a senior co-captain against their arch rival on Thursday night.

Sophomore Juliann De Jesus killed match point to send the crowded gym into a frenzy as the Red Wolves defeated their crosstown rival for the 7th consecutive time.

The victory was the 2nd for Laura Fortner as the Red Wolves’ head coach.

Orange captured a back-and-forth 2nd set. They jumped out 9-2 behind seven consecutive points, all of which came on the service of Macy Hughes, who had two aces during the run. CRHS jumped back to tie at 14 following a kill by Robinette off an assist by Henry.

Orange jumped back to force three set points after a Jordan Lloyd kill made the score 24-21, yet Cedar Ridge scored three consecutive points to tie. The Panthers Mileah Shriner scored set point to even the match.

Cedar Ridge won the final two sets. In the third, the Red Wolves jumped out to a 6-1 lead and never led by less than four points from that point forward. They pushed the advantage out to 23-14 before Robinette scored an ace to win the set.