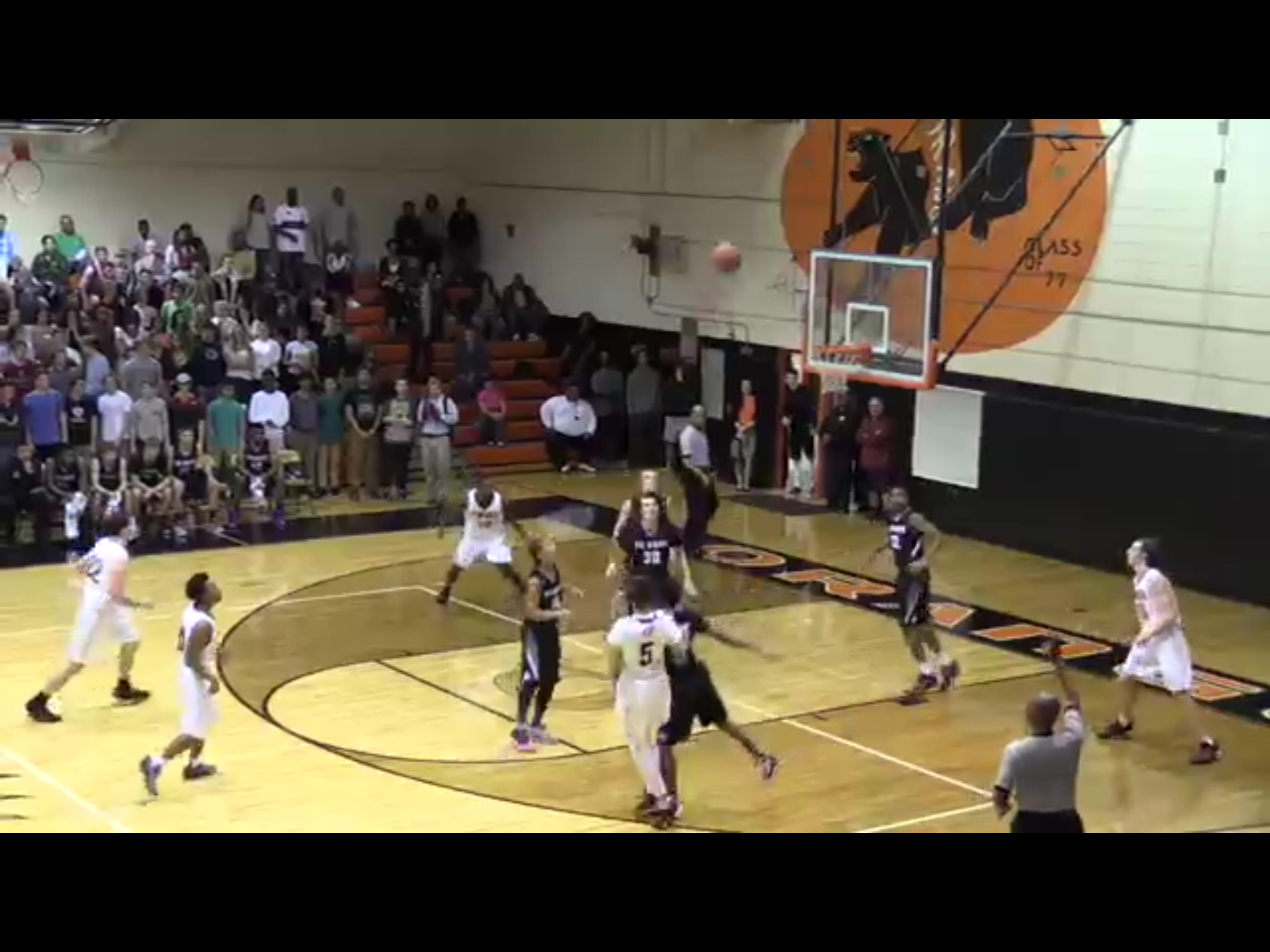 There’s a difference between a basketball game and a rivalry game.

Most coaches treat all games like they’re the same, regardless of whether the gym is slammed full or sparse. On an average night, you hear the cheerleaders back their feet against the bleachers while chanting in unison while a member of the opposing team shoots a free throw. The gym feels cold, even when it’s only in the low-50s outside. Attendance is limited to some students and mainly parents of players and cheerleaders. It’s important enough, but it’s not a townwide event.

Of course, the home team will have a student section. But so will the visitors of nearly the same size. Can you imagine Duke students making up 30% of the Smith Center attendance for a Carolina game?

You aren’t supposed to feel humidity during the winter, but you do on rivalry nights. Of course, Friday had unseasonably warm highs in the low-70s, two weeks before Christmas. That led to a scorching Jim King Gymnasium on a night when emotions were already high.

You can’t hear the cheerleaders on either side. The students chant the harmony from “Seven Nation Army,” which may be cliche. It’s also noisy.

Then there’s the “Beat the Ridge” t-shirts worn in unison on one side. “Beat Orange” on the other.

Most importantly, it wouldn’t be a rivalry night at Jim King Gymnasium without Charles Watters behind the PA microphone.

And it was the conference opener.

It’s all about atmosphere on rivalry nights. That’s when they stop being players and become heroes and villians. Next month at Cedar Ridge, the roles will be reversed, as it is in Chapel Hill, Durham and every other town in various sizes across the state which makes high school sports a labor of love for those live with it.

Crabtree, who earned a scholarship offer from Lehigh on Wednesday, scored 32 points as the Panthers defeated crosstown rival Cedar Ridge 71-67 at Jim King Gymnasium. The Panthers never trailed in the contest, but the game was tied at 60 with 3:20 remaining.

That’s when Logan Vosburg and Crabtree took over. Vosburg scored on a jump hook in the lane to give the Panthers the lead for good 62-60. After CRHS Khalil Barnett missed a reverse lay-up at the other end, Crabtree nailed a 3-pointer in transition and the lead was 65-60.

The Panthers 2-3 zone was effective in limiting the Red Wolves’ Jacob Thomas down the stretch. Trailing by as many as nine in the second half, Thomas scored 14 in the 2nd half to keep CRHS in the game. But Thomas had limited touches in the final four minutes, partly because of Orange’s zone. Cedar Ridge Coach Clay Jones had his own theory.

“I think we lost him a little bit,” said Jones. “We were worried about hitting the home run shot and went away from him. I called time outs to get us focused on one basket at a time. We wanted to get to the line.”

Thomas’ only basket down the stretch was a desperation three-pointer, his only triple of the night that cut the Orange lead to 69-66 with :22 remaining.

Cedar Ridge point guard Payton Pappas, the HillsboroughSports.com Cedar Ridge Red Wolf of the Week, finished with 19 points. All seven of his second half points came from the foul line.

The Panthers stormed out to a 21-9 lead behind early field goals from Vosburg and Crabtree. Demares Drummond and Reggie Bradsher shared time at point guard as Coach Greg Motley continues to search for the right combination to replace Eryk Brandon-Dean, out for the season with a torn ACL suffered during football season.

It was the first win for Orange over Cedar Ridge since February 17, 2014. Last February, Cedar Ridge not only rallied from 18 down to upset Orange 69-63. It also ruined Orange’s chances of winning the Big 8 Championship.

“It feels good to get this one,” said Crabtree, who received a scholarship offer from Lehigh on Wednesday. “It was devastating to lose to them last year. We got another one on Tuesday to worry about.”

Cedar Ridge (6-3, 0-1 in the Big 8) hosts Northern Vance on Tuesday night in Hillsborough. Orange will host Riverside on Tuesday in a nonconference game. Hillsboroughsports.com will carry Cedar Ridge vs. Northerrn Vance in boys action starting at 7:15.