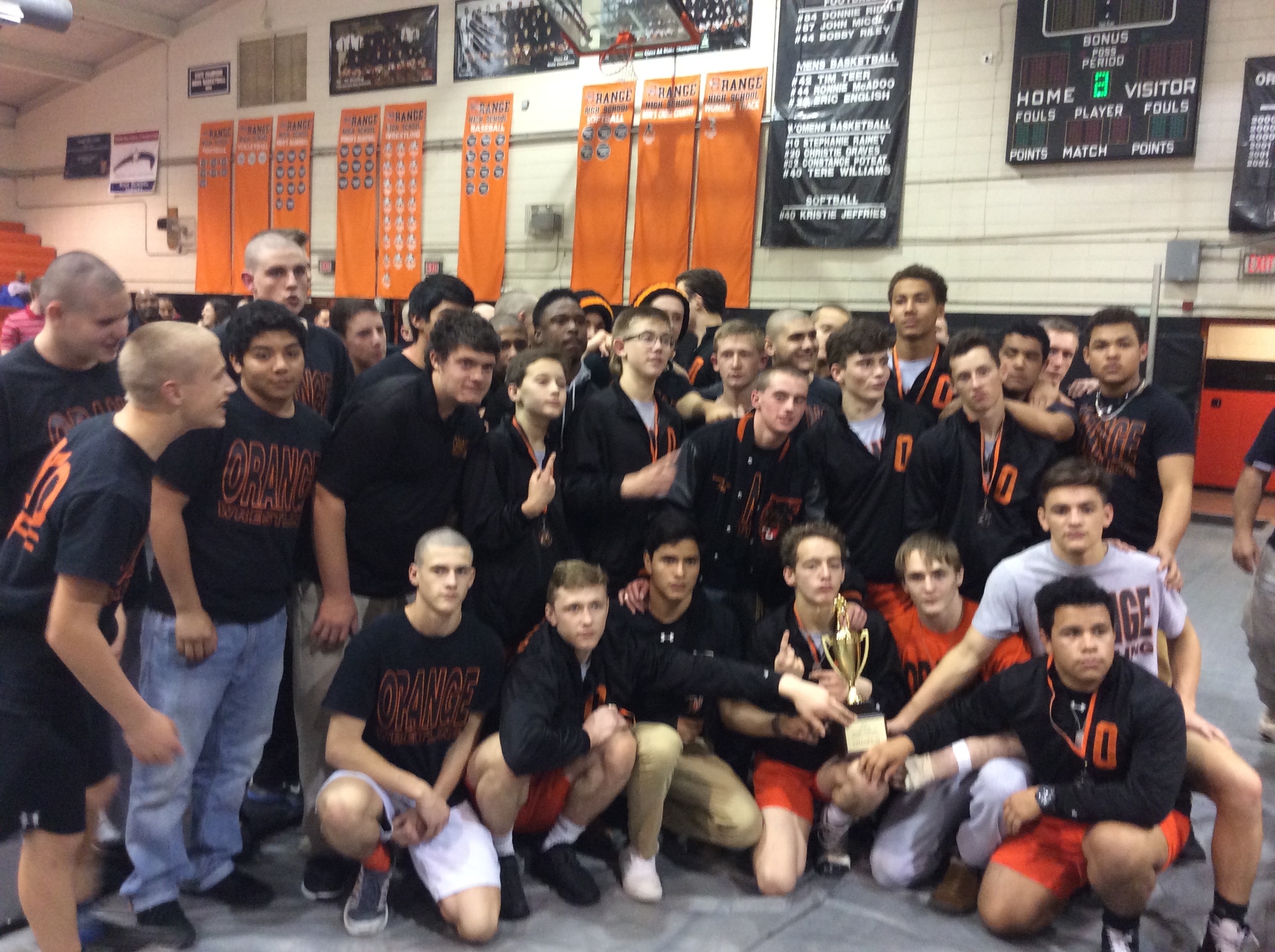 The 35th Jim King Invitational Wrestling Tournament will be remembered at Orange for a variety of reasons.

Of course, foremost is the Panthers captured the team championship for the sixth time in the event’s history. Orange finished with 223.5 points, ahead of Southern Alamance’s 202,5. Cary, who has won the JKO 22 times, finished third with 196.5 points.

The tournament also featured another generation of grapplers under the tutelage of Bobby Shriner that progress to another level of success in a short amount of time.

While the Panthers didn’t have any individual champions this year, they had eleven grapplers place in the top six, including runner-up finishes for freshman Gavin Wiggins (113), Joe Scott (152), and Juan Torres (182).

Torres may have made the most improvement.

“His technique has really improved,” said Shriner, who came to Orange in 1990 to replace King as head wrestling coach. “He has a unique ability being so low to the ground. We’re really glad he came out for wrestling.”

Torres was quick to credit his training partners Payton Wilson (who finished 3rd at 220 after a 3rd place finish at 182 in 2014) and Shannon Thompson for getting him ready for the JKO.

“I’ve been improving a lot since last year,” said Torres. “In terms of condition, I’m getting better. Our sessions are intense. They push me and I push them. That’s how we get better.”

Freshman Gavin Wiggins, in his first JKO, finished 2nd at 113 pounds. He’s now 6-3 on the season.

For Scott, the runner-up finish was a dissapointment by his own admission. The 2013 JKO Champion at 120 pounds, Scott was focused on a championship for his senior year. Instead, he fell in the championship match to Eastern Alamance’s Mitch Dean, who was named the Most Outstanding Wrestler of the tournament.

“I’ve got work to do,” said Scott, who is 10-1 on the season. “I can’t get too upset. Mitch Dean is probably the best in the state at that weight.”

Sophomore Bailey Hawkins finished 3rd at 120. The son of Cadwell’s Randy Hawkins, Bailey is 11-1 to start the season.

“We did a lot during the summer,” said Hawkins. “We went to Appalachian State for the summer camp. We went to Pennsylvania together for a tournament. Just worked hard.”

Orange will start its defense of the Big 8 dual meet Conference Championship on Wednesday night against Cedar Ridge at Jim King Gymnasium. First match is at 6.