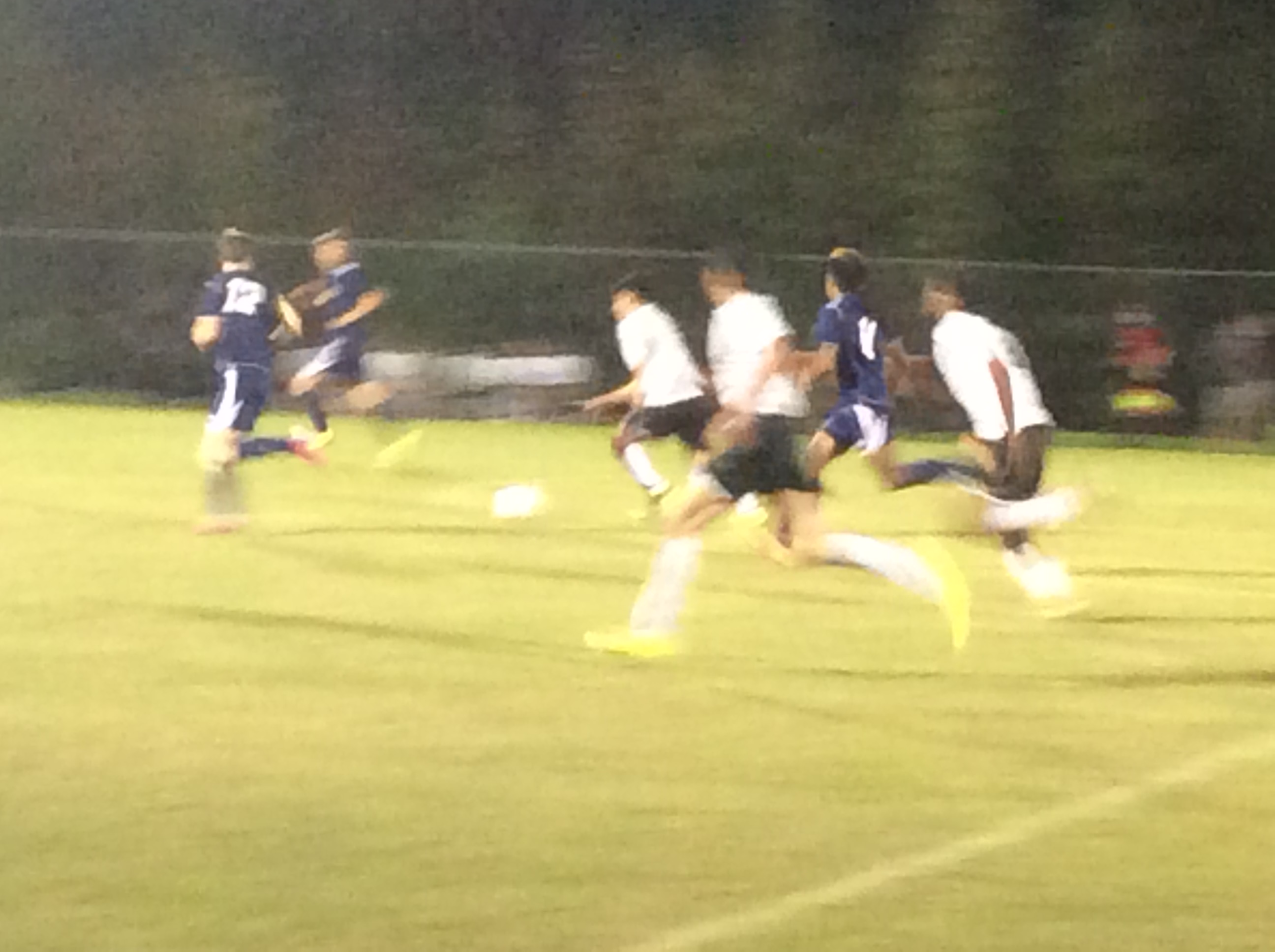 The Orange boys soccer team picked a good time to pull an upset.

The Panthers defeated Chapel Hill 2-1 on Monday night in Hillsborough, handing the Tigers its first loss in Big 8 play this season. The Panthers improve to 9-8-1. More importantly, they’re 5-4 in the Big 8 Conference, good enough for 3rd place. The top three finishers in the Big 8 automatically qualify for the state playoffs.

“I am extremely proud of our group tonight,” said Orange coach Palmer Bowman. “They played with great energy and effort, and were able to come out on top. Chapel Hill is an incredibly strong side. They are very skilled, well-coached, and play quality soccer. We were fortunate enough to catch some breaks and make the most of the opportunities that we got during the game.”

Orange opened with a goal from Henry Guevara-Alfaro in the 42nd minute. The Panthers received insurance from Malcolm Phillips during the second half.

It was Guevara-Alfaro’s seventh goal of the year. Phillips earned his 2nd goal of the season.

Chapel Hill responded with a goal in the 74th minute, but Orange goalkeeper Noah Miller stood strong down the stretch to pave the way for a Panther result.

“You have to tip your hat to Chapel Hill,” said Bowman. “They played a man-down for 3/4 of the game and continued to create chances. We were fortunate to put a few away and hold on at the end. Malcolm Phillips and Henrry Guevara scored some very timely goals, and our defense weathered the storm to ensure the win.”

In its last three games against Chapel Hill, the Tigers had outscored the Panthers 21-0, including a 6-0 loss earlier this year.

The Orange soccer program started in 1988. MaxPreps.com doesn’t list any past Orange teams having defeated the Tigers.