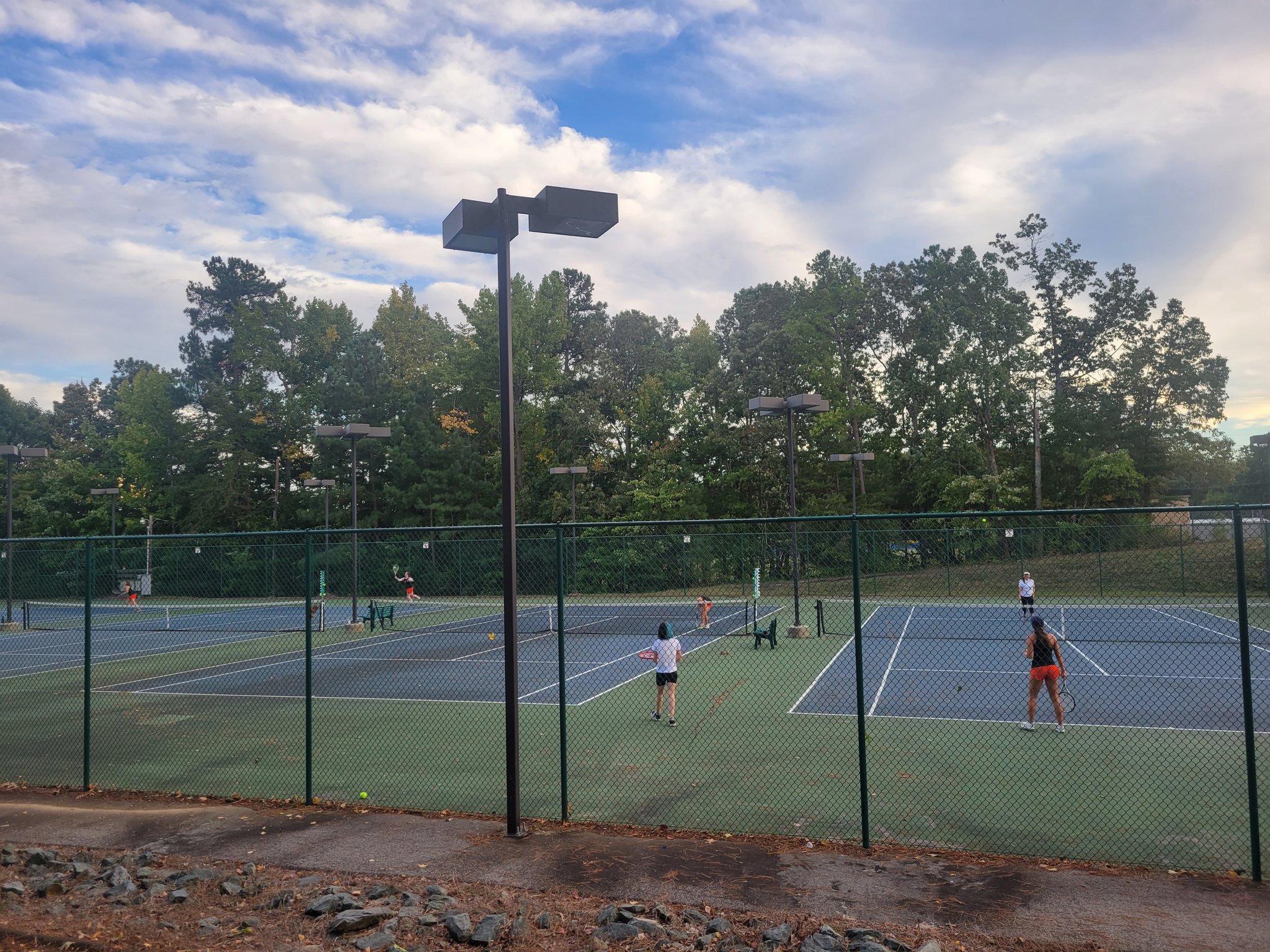 They weren’t big on numbers, but there was plenty of experience.

Now, the Lady Panthers are tied for first place in the Central Carolina Conference after beating the defending league champions.

Erin and Shannon Sollars won the final doubles match to clinch a 5-4 win over previously undefeated Walter Williams at Orange Tennis Courts on Monday night in Hillsborough. The victory tied Orange with the Bulldogs for first place in the loss column in the Central Carolina Conference. Orange (13-2, 8-1 in the CCC) has four conference matches remaining.

Williams played without two of its top six players, but still managed to extend the match to the very end.

“There were some close matches that fell our way,” said Orange women’s tennis coach Justin Webb. “Our girls earned it, but it was very close. It could have gone either way easily.”

In the final match of the night, Erin and Shannon Sollars trailed against Abigail Brown and Jaden Wilson 7-6, then won the last three games to prevail 9-7. In dual team matches, doubles are usually the last matches contested and are often played to eight games instead of the full two sets.

Erin and Shannon Sollars are now 10-2 as a tandem this season and have won its last seven matches.

“Shannon and Erin are playing very well for us,” Webb said. “They’re two very good competitors. I don’t have to teach them how to be competitive. And when you play with your sister, it gives you a lot of confidence.”

The two teams split the six singles matches. Erin Sollars won at #1 singles 6-3, 6-3 over Brown. Junior Makayla Davis, who has won 17 matches overall this year, prevailed over Lauren Tuner at #3 singles 6-1, 6-3. Senior Sydney Rogers, the kicker for the Orange football team, won the longest match of the night against Gracie Hartle. Rogers was extended to a 10-point tiebreaker in the third set before winning 5-7, 7-6 (7-3), 10-4.

So far this year, Rogers has been a starter for the Orange women’s soccer team that made the deepest playoff run in team history, reaching the 3rd round of the 3A State Playoffs after beating Cape Fear in Fayetteville. In August, she became the first female to score a point in an Orange football game when she kicked an extra point against South Granville. She is 11-0 in singles matches this year.

“Between Erin, Shannon and Makayla Davis, who has played #3 singles for us, they have more experience,” Webb said. “And then Maddie Horn, she’s probably the most experienced player. She fills a good spot for us at #6 singles that we need for us.”

Orange won two of the three doubles matches to take the match. In addition to the Sollars’ sisters, Isabel Jones and Katelyn Van Mater defeated Gabrielli and Mary Bryan 8-1.

Orange has now won nine matches in a row.

Orange has never won a conference championship in women’s tennis. Last season, they won a match in the 3A State Dual Team Tournament for the first time ever, beating Fike High School in Wilson. Orange will face crosstown rival Cedar Ridge on Wednesday at Red Wolves Tennis Courts.