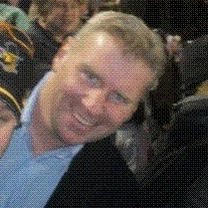 (Editor’s Note: I’ve started and stopped this column twice over the past two years. Today, I turn 49, so now is as good as time as any to finish it).

Why didn’t I go to the McDonald’s when I graduated from Orange High?

That question has stayed with me for 31 years. I graduated from Orange on a Friday night and, for whatever reason, I drove straight from Auman Stadium back home to Caldwell in my Pontiac Fiero and watched the Chicago Bulls play the Los Angeles Lakers in the NBA Finals. And I stayed in my room listening to my new Compact Disc player (Rush’s “Chronicles” and ZZ Top’s “Recycler” were the first CDs I ever purchased) instead of going ten miles back down Highway 57 one final time as a high school student.

Hillsborough was a different place in the early 1990s. Orange High students would take over downtown on Friday and Saturday nights (occasionally Thursdays, too) with G105 or 102 Jamz blaring from various cars with the best, loudest (or most annoying, depending on your perspective) sound systems. There would be hundreds of cars on a given night for mostly innocent fun, but it wasn’t very amusing for motorists who knew nothing about Orange High and simply wanted to get through to I-85 or I-40.

What did a miss that night? I don’t know, which is precisely what bothers me even now. I suspect I would have seen Tony Penland, whom I had known since 1st grade at Cameron Park Elementary School. We probably would have told countless, harmless lies to one another as we remarked the end of a chapter that I was lucky to see.

That bothers me, too.

That summer started with Poision and Warrant still being a viable force on the radio. By summer’s end, in the span of five weeks, Pearl Jam released “Ten,” Nirvana released “Nevermind,” A Tribe Called Quest dropped “The Low End Theory,” Soundgarden came out with “Badmotorfinger.”

And just like that, the game changed in music.

Now, 31 years later, I can’t reach out to Tony. He left us nearly two years ago during the pandemic at his home in Tennessee. Even now, some nights I drive around Boone Square knowing he won’t be there, years after cruising across Hillsborough became passe. But I still look for him. Which makes me wish I had taken that trip that night to see him.

Sadly, that isn’t the only member of the Boone Square cruising crew we’ve lost over the years. Possibly the most rambunctious was Sonya Barnes Rogers.

Back when the bleachers at Orange basketball games were packed with fans, there would be two student sections inside Panther Gymnasium. One for the home team (nicknamed Brown’s Bleacher Bums by Principal Dr. Stephen Halkiotis in honor of then-men’s basketball coach Andy Brown), the other for the visiting team. It was a big deal back then, and Sonya would scream at the top of her lungs, possibly because her then-boyfriend was the captain of the team.

Of course, age mellows people. But in Sonya’s case—well, no.

Years later, as her daughters Jordan, Logan and Sydney played soccer at Orange, she was still making as much noise as anyone watching from the grandstands of Panther Soccer Field. The 30 years that had passed since she had graduated was just a number. Sadly, Sonya left the community she loved suddenly in January. However, I know she was watching when her daughter, Sydney, became the first female to score a point for the Orange football team when she kicked an extra point against South Granville last month.

Days later, a classmate of mine of 1991 saw the video clip of Sydney’s extra point and texted me to see if that was Sonya’s daughter. He concurred that if someone had told us in 1990 that the first female to score a point in Orange football history would be Sonya Barnes Rogers’ daughter, it would have been no surprise at all.

A few years ago as I covered a college signing for an Orange High athlete, I looked around Orange’s gymnasium and thought to myself “Didn’t I dream of leaving this place when I was 17?”

And I sure did.

After covering three ACC men’s basketball tournaments, two Stanley Cup Playoffs, three FCS National Championship games, a Meineke Car Care Bowl, four Duke men’s basketball seasons, four Duke football seasons under Carl Franks (or, as I like to call it, “Seasons in the Abyss”) and a Stanley Cup Final in my earlier days in radio, I’ve learned that the passion of a high school event can transcend anything that comes afterwards. There’s nothing I would trade to experience Cedar Ridge volleyball in a state championship match at Reynolds Coliseum, or seeing Orange baseball back in a state championship series.

When I graduated from Appalachian State (whose current football team will likely lead to my demise before next September), I dreamed of being the next voice of the Duke Blue Devils or Appalachian State. Now, those jobs are taken by gentlemen I happen to work for at Learfield Sports in Winston-Salem. Both jobs are in much more capable hands than mine.

I’m at the 49-yard line as of today. Just shy of midfield.

So what have I learned since they day when I wondered what I was still doing in Hillsborough? Through this website, I know that the secret of life isn’t having what you want. It’s wanting what you’ve got.

Stories like Sydney Rogers are the ones I was born to tell. And many more like hers. Through images and words, as the progressive heavy metal band Dream Theater titled their second album.

Thanks to gifted photographers like Jacques Morin, Bernard Thomas, Sheril Sheppard, Phil Stapleton and Aidan Jensen, those images are as stark and clear as any high school website in North Carolina.

Best of all, on Sunday night at the Mellow Mushroom in Durham, I will sit down with my mother, my father, and my brother Stephen for dinner. Right now, considering the state of the world over the past two years, I couldn’t ask for anything more.

So, talk to you tonight for Orange-Cedar Ridge football. Look for me in the press box in the Rush “Moving Pictures” t-shirt.

And maybe at Boone Square afterwards.