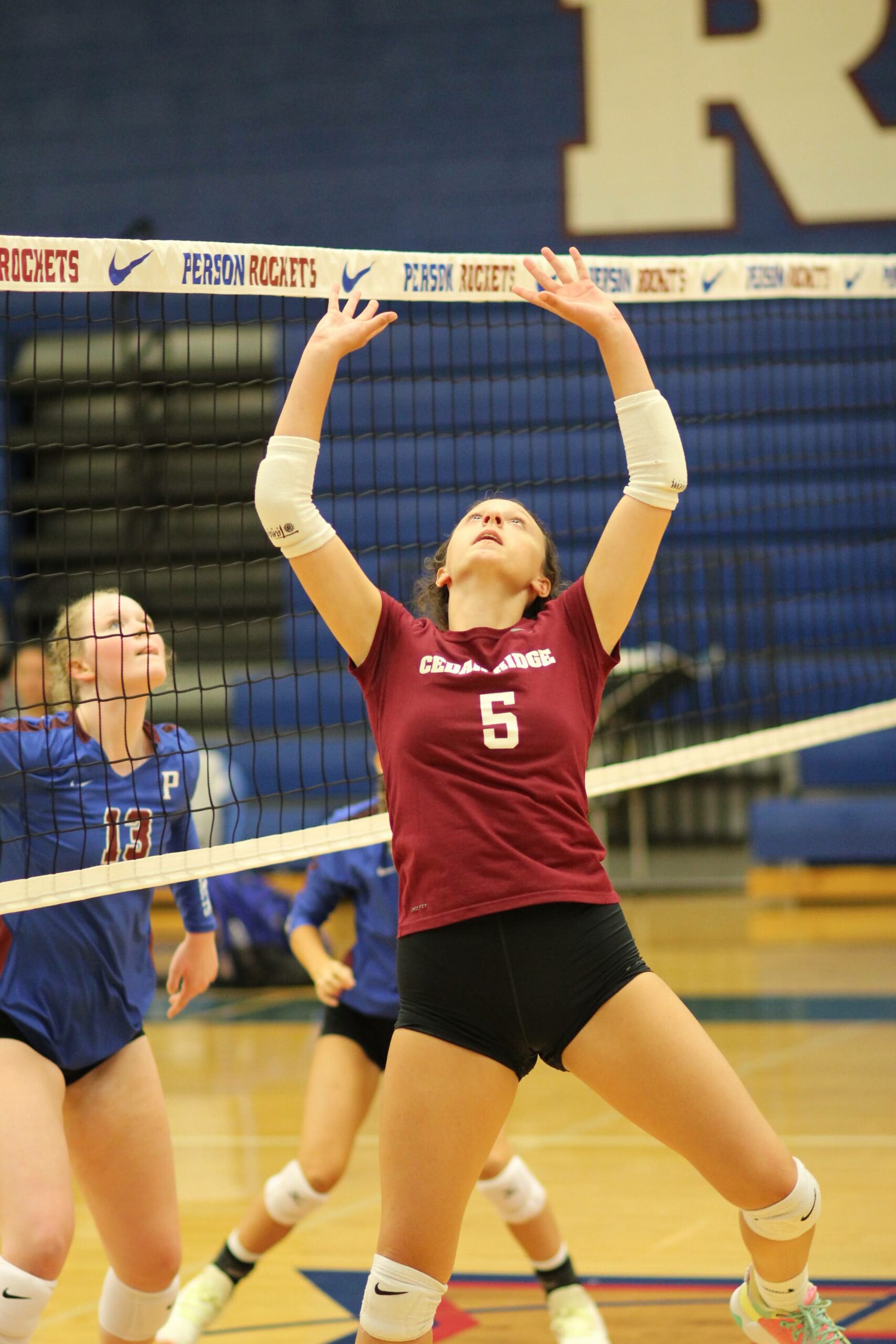 Not one. Not two. But there’s three sports where Cedar Ridge and Orange will tangle this week.

Hopefully Tropical Storm Ian won’t get in the way of Friday’s football game between Cedar Ridge and Orange at Auman Stadium. It will be a battle of two young teams that are struggling to find their way in a new conference controlled by the Alamance County schools, where football is a way of life from the time children are midway through elementary school–at the latest.

On Thursday, Cedar Ridge and Orange will face off in volleyball at Red Wolves Gymnasium. The Red Wolves remain #2 in the 3A East Region behind J.H. Rose, the only team to beat the Red Wolves this season. Since then, the Red Wolves have won 42 consecutive sets during a 14-match winning streak. During that amazing run, Orange came the closest to ending that streak when they faced Cedar Ridge n September 6, and some around Lady Panthers circles believe they did in the opening set. But because of a scoreboard error, Orange allegedly lost a point, which made a big difference when the Lady Panthers lost four set points, and eventually the set entirely, 30-28. If Cedar Ridge wins, they will all but sew up its third straight CCC championship.

On Wednesday, Orange and Cedar Ridge will have a rematch in women’s tennis. It’s a big week for Orange, who will face Walter Williams this afternoon in Hillsborough with first place on the line in the CCC. The Lady Panthers are on track to earn the second automatic bid from the CCC to the 3A State Dual Team Tournament.

So, going back two weeks, here are the top performers from the week of September 4-10.