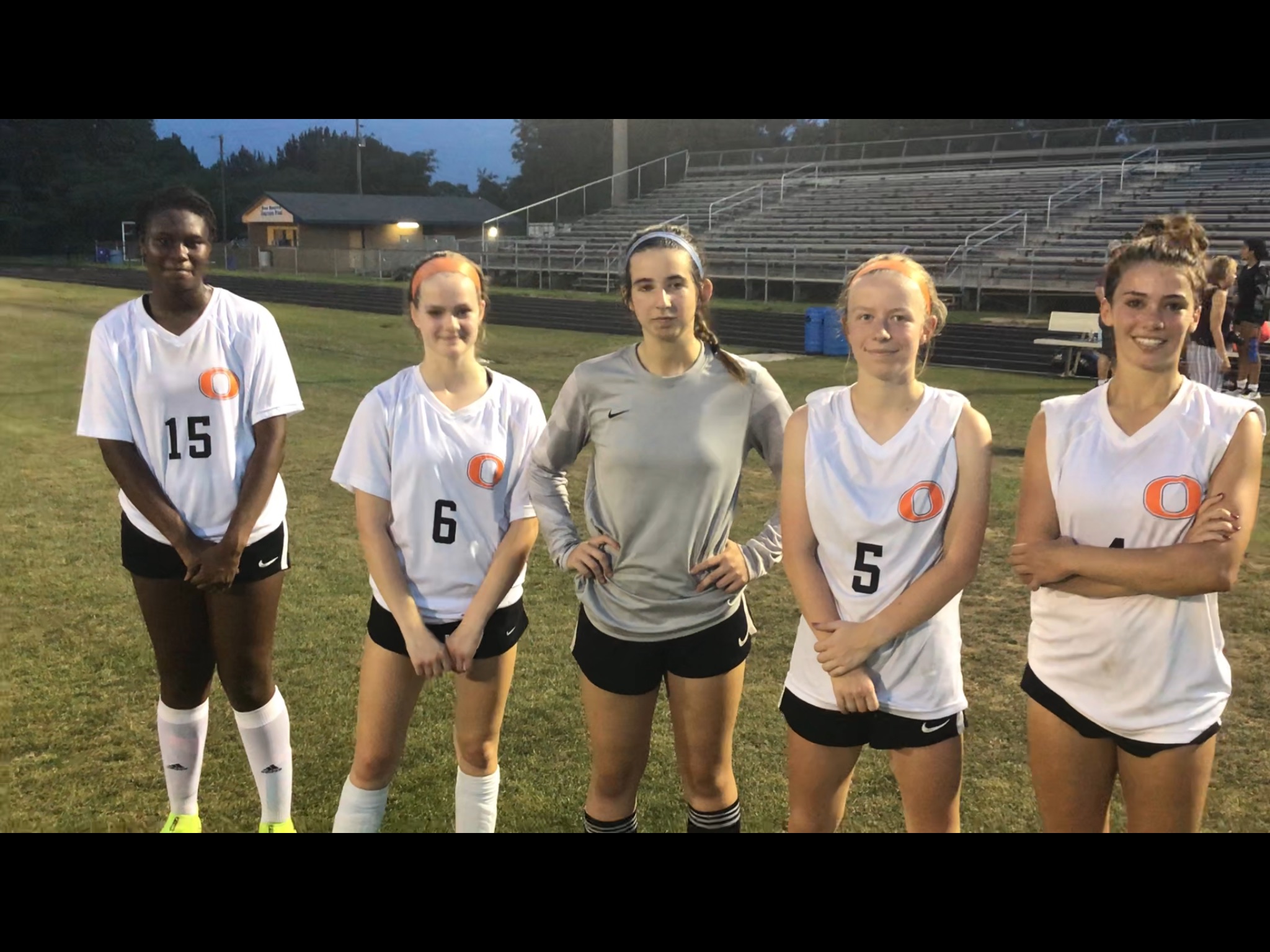 After 34 years of fielding teams, Orange women’s soccer is in the 3rd round of the state playoffs for the first time. On a hot, humid night in Fayetteville, senior Bella Brown scored a hat trick, while freshman Elliana Sullivan Gaddy notched the game-winning goal with 27:29 remaining as orange defeated Cape Fear 5-2. Isabel Jones added another goal for the Lady Panthers, who claimed its third-ever win in the state playoffs. With the game tied 2-2 at halftime, the Colts had a strong opportunity to score early. But Lily Crayton, playing left back for Orange, stopped a shot by Jada Angel. Midway through the second half, Orange’s Ella Wimsatt set a hard shot from 30 yards, which was thrust away by Colts goalkeeper Meridith Wenthur. Brown gained the rebound and sent a cross to Jones, who knocked it into the left corner of the net to put Orange ahead 4-2 with 24;27 remaining. After two trips to the Sandhills this week, Orange won’t have to travel far for the third round of the State Playoffs. Orange, the #23 seed, will travel to Burlington to face Walter Williams on Monday night. The Bulldogs upset #2 seed Union Pines on Thursday. Orange and Williams split the season series this year. Orange won 5-0 at Williams on April 25.