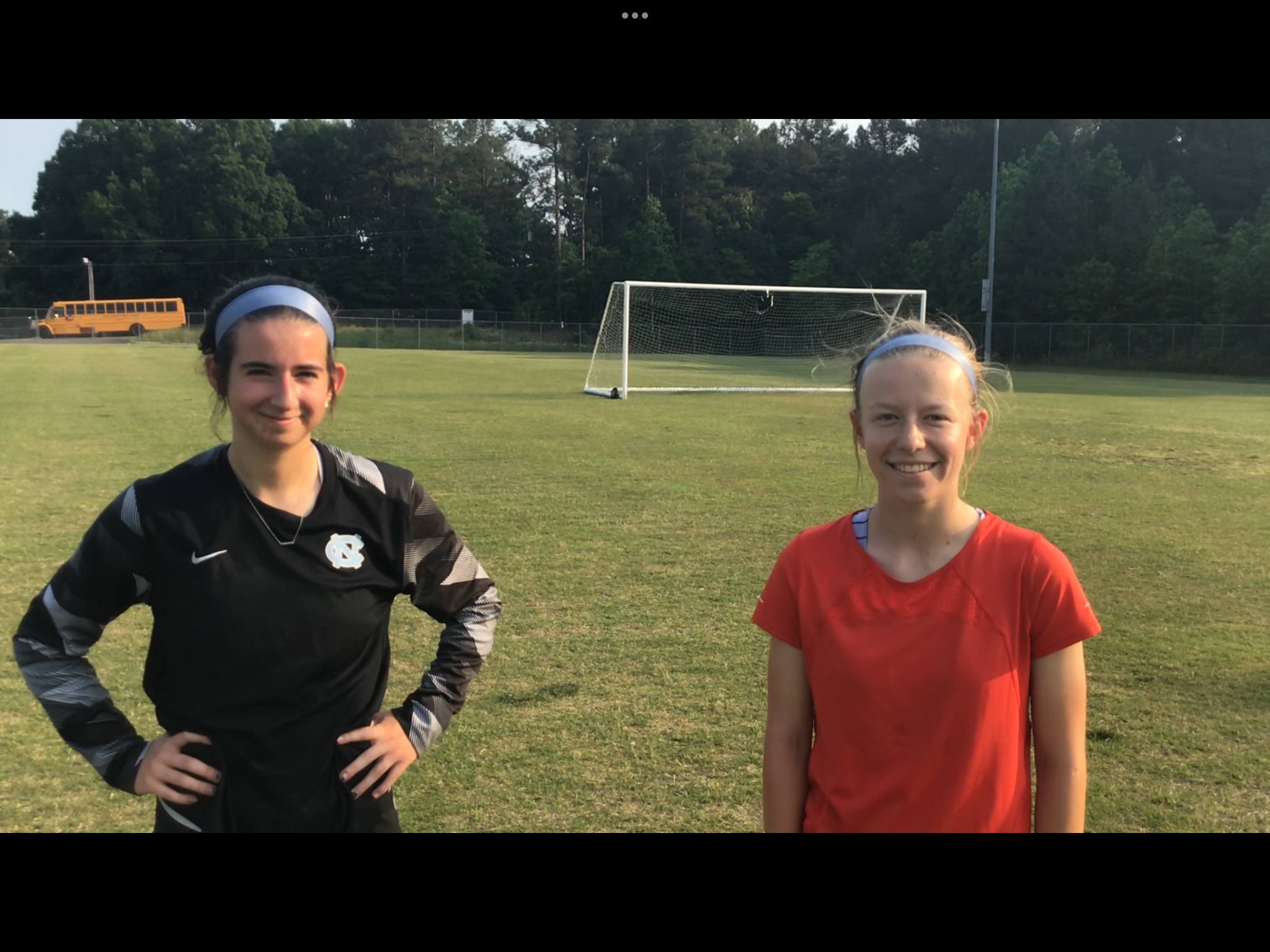 The Orange women’s soccer team knew it wasn’t going to be easy to win in the opening round of the state playoffs when they faced Harnett Central in Angier on Monday night. For starters, they had a 90 minute bus trip. What they didn’t know was that there would not one, but two, weather delays due to lightning. Nonetheless, when the game was stooped the second time, Orange was ahead 5-2 and had plenty of songs by Taylor Swift, Hannah Montana, Nirvana (?!), and Willie Nelson (???!!!) to get them through the delay. The night finally ended with Orange winning 5-3, its first win in the 3A State Playoffs since 2017. Junior goalkeeper Abby Monteith earned the win in net. Senior Bella Brown, who transferred to Orange from Burlington Christian Academy in 2020, scored a goal for the Lady Panthers. In 22 career games for Orange, Brown has scored 20 goals. Freshman Elliana Sullivan Gaddy notched two goals for the Lady Panthers, while Isabel Jones and Ella Wimsatt also scored. Freshman Caroline Cathey and junior Sydney Rogers earned assists. Orange will travel to face Cape Fear in Fayetteville on Thursday night. The Colts are the champions of the United Eight Conference, a 3A/4A league. Cape Fear went undefeated in league play this year. The opening kick will be at 6:30 on Thursday.