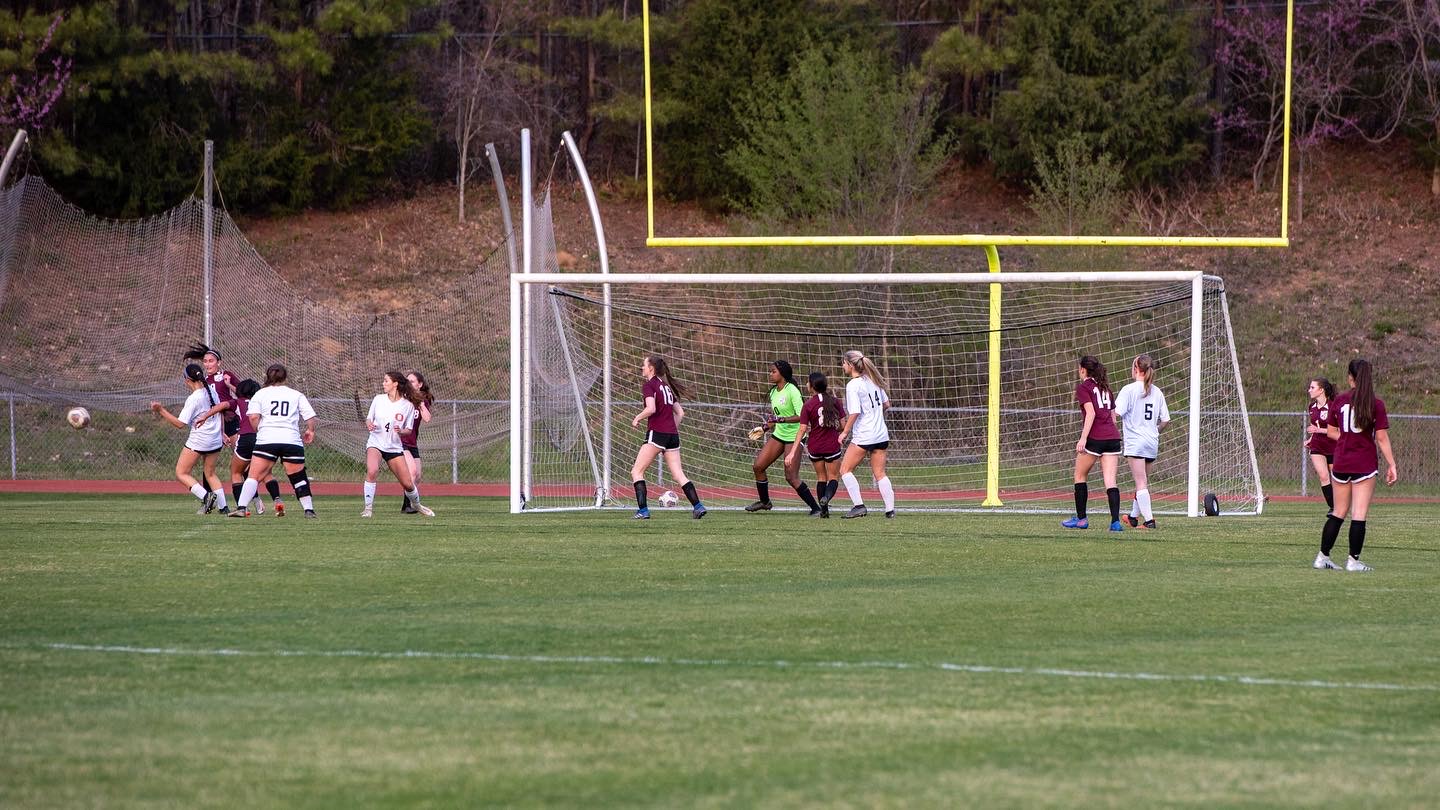 Shots came from 25 yards away, from out on the flanks and point blank range.

Cedar Ridge goalkeeper Addie Reid had to feel like a baseball catcher with all the balls flying at her from various directions against Orange on Monday night. Officially, she made 14 saves, but the Lady Panthers fired off at least a dozen more than sailed over and wide of Reid’s goal at Red Wolves Stadium.

Regardless, she remained undeterred until Orange finally broke through midway through the second half.

Sophomore Emma Wimsatt scored off a rebound on a corner kick triggered by freshman Elliana Sullivan Gaddy with 20:21 remaining in regulation as Orange defeated Cedar Ridge 2-1 on Monday night. Wimsatt set up the corner when a long pass intended for junior Kitcia Castanada was sent over the end line by Cedar Ridge. The corner by Gaddy was headed by midfielder Sydney Rogers from 15 yards away off the left post. The rebounded bounced to Castanada, who sent a shot off the right foot off the left post again. The ball bounced right to Wimsatt, who chipped it into the corner of the net for the decisive goal.

The Panthers chipped and chipped at the Red Wolves throughout the half, dominating possession and 50-50 balls following numerous goal kicks by Cedar Ridge. Orange outshot Cedar Ridge 16-4.

Orange’s Bella Brown set up the opening goal in the seventh minute. Brown a senior co-Captain, stripped the ball from a Cedar Ridge defender, dribbled past another and fired from the right edge of the box from 19 yards. Reid blocked the shot, but the rebound went directly to Gaddy, who knocked it into the net with 33:11 remaining in the first half.

Cedar Ridge notched the equalizing goal when Susanna DeMarchi intercepted a pass and fed junior forward Lillian Dyslin, who beat a Panther defender to the ball. Dyslin secured possession at the end of the left box, switched to the right foot to send the Orange defender down to the turn and fired the shot into the middle of the net.

The Red Wolves’ best chance to score in the second half came after Orange was whistled for kicking the ball back to goalkeeper Abby Monteith. The Red Wolves got an indirect free kick from 16 yards inside the box, but the shot by DeMarchi was blocked by Rogers, who triggered a counter that led to a shot by Brown that missed wide.

Orange (4-3-1 overall, 3-1 in the Central Carolina Conference), which is searching for its first trip to the state playoff since 2017, is tied for second place in the CCC. They are scheduled to host Person on Wednesday night in Hillsborough.

“We’ve practiced winning the ball out of the air a lot,” Mignosa said. “We can’t let it bounce and then wait on it. We’ve got the get to the ball. They’ve done a good job at really using what we’ve done at practice and put it into the game.”

Cedar Ridge (3-2, 0-2) travels to Eastern Alamance on Wednesday night, then hosts Person on Thursday. The Red Wolves started the season with victories against South Granville and Clover Garden School. Fleury Nicholson scored two goals for the Red Wolves against the Vikings. Against Clover, Nicholson and junior Ianna Pfeifer each had a hat trick, while DeMarchi scored two goals.